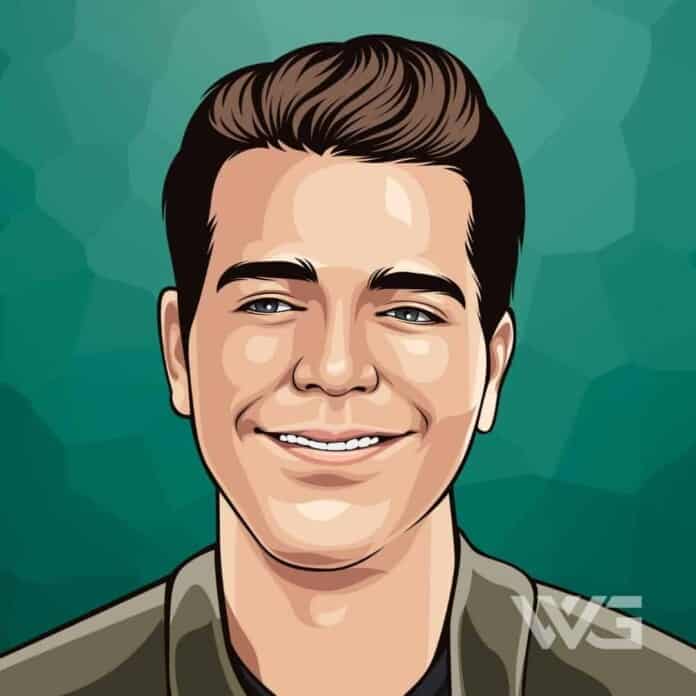 What is Shane Dawson’s net worth?

As of December 2022, Shane Dawson’s net worth is approximately $12 Million.

Shane Lee Yaw, known professionally as Shane Dawson, is an American YouTuber, author, comedian, actor, musician, and film director from Long Beach, California. Dawson was one of the first people to rise to fame on the video-sharing website YouTube and has maintained an online presence.

Dawson attended Lakewood High School and as a teenager, he was overweight and was mentally and physically abused by his alcoholic father. He has two older brothers, Jacob Yaw and Jerid Yaw. Additionally, his family was poor and he was often bullied for this. He has since lost 150 pounds (68 kg).

He first became interested in making videos when he would turn in videos as school projects with his friends in high school.

During Dawson’s time in high school, he found it interesting to submit school projects in video format with his friends. This led to his passion and eventual fame as a YouTuber and he released his own channel, ShaneDawsonTV in 2008.

In the meantime, he also worked in a weight loss center with his mom and brother from where he was later kicked out because he made a video which had his YouTube team and him using the center for recording videos.

Dawson released a video ‘Fred the Dead’ which became very popular and had 24 million views. This boosted his career and soon he had another channel, ShaneDawsonTV2 launched in 2009.

The year 2010 made him shoot to fame as he won the Teen Choice Award and the Streamy Award for the best vlogger. He also acted in a horror movie, ‘Smiley’ which was nominated for Fangoria Chainsaw Awards as one of the worst movies. He also acted and directed in another movie, ‘Not Cool’.

Shane Dawson is not a subtle comedian. He is amazing at slapstick and his comedy exploits the stereotypical thinking and perceptions of society. He is a funny guy who simply makes you laugh. Even though his comedy can be quite offensive at times, it is still funny.

Tired of making spoofs of music albums, he made his own song video, ‘SUPERLUV!’ in 2012 which reached the 28th spot in US iTunes Pop Chart and held a top position of 16 in the UK Indie charts and since then has continued to be popular.

Here are some of the best highlights of Shane Dawson’s career:

“Don’t kill yourself, kill the part of you that you don’t like.” – Shane Dawson

“To me, YouTube isn’t just, ‘Watch my videos!’ It’s, ‘Let’s have a conversation and get involved in each other’s lives.’ I want to make [my fans] feel like they have a reason to have a YouTube account because they can comment and have a voice.” – Shane Dawson

“The Internet gave a place like, ‘Oh, I’ll do whatever I want now. Nobody’s going to see it anyways.’ Oddly enough, people started watching and I got more confident, comfortable with it.” – Shane Dawson

“I’ve wanted to make movies ever since I was a kid. I knew that was my goal.” – Shane Dawson

Now that you know all about Shane Dawson’s net worth, and how he achieved success; let’s take a look at some of the best lessons we can learn from him:

Shane Dawson doesn’t have the willpower to hit up the gym every day for two hours, and the idea of cutting candy out of his diet seems impossible. It’s ok to have cheat days.

If you’re passionate about something, give it your all, and you will find happiness.

If you can’t laugh at yourself, then what the fuck is the point of living?

How much is Shane Dawson worth?

Shane Dawson’s net worth is estimated to be $12 Million.

How old is Shane Dawson?

How tall is Shane Dawson?

Shane Dawson has become quite popular, and has received as many as 23 million views and counting. He also launched two other channels, one of which features his daily vlog, which he records on his phone.

What do you think about Shane Dawson’s net worth? Leave a comment below.