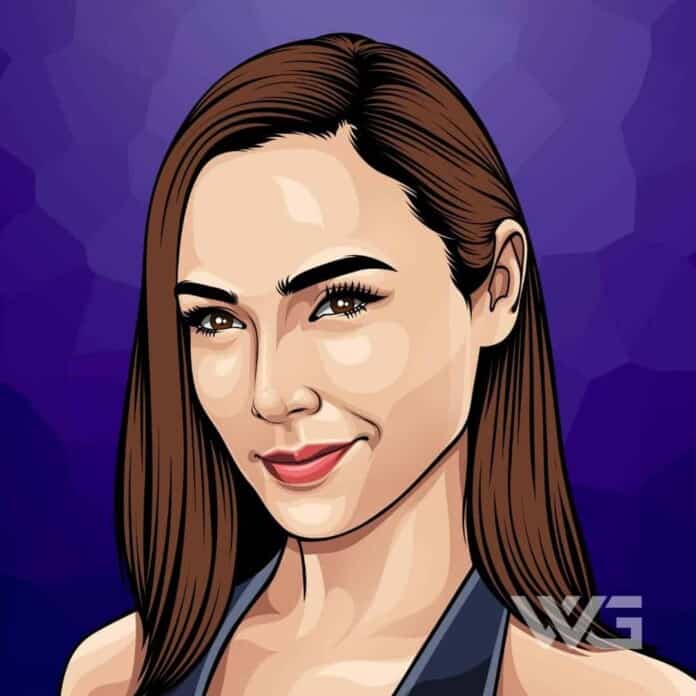 What is Gal Gadot’s net worth?

Gal Gadot is an Israeli actress and model from Rosh Haayin, Israel.

Gadot was crowned as Miss Israel in 2004, and she has also served two years in the Israel Defense Forces as a combat instructor. Gadot began studying law and international relations at IDC Herzliya college while building her modeling and acting career.

Today, she is known for being an incredible actress and we can see her in movies such as ‘Date Night’, ‘Fast Five’ and ‘Wonder Woman’.

Gal Gadot was born on the 30th of April, 1985, in Rosh Haayin, Israel to Irit and Michael Gadot. Her mother worked as a teacher and her father was an engineer by profession.

Gadot did her high school major in biology and she also excelled in basketball in school due to her height.

After she finished high school, she studied law twice at the Reichman Law school and at the Interdisciplinary Center Herzliya.

When Gadot was 18 she competed in the 2004 Miss Israeli competition.

She won the coveted title and represented Israel at the prestigious Miss Universe crown held in Ecuador. She also served her two years of service in the Israeli Defence Forces from the age of 20.

Following her military service, she studied law and it was after her first year in law school that a casting director, Justin Lin, spotted her. Lin called her to audition for the role of Camille Montes, the Bond girl in ‘Quantum of Solace’ but she lost it to Olga Kurylenko.

Justin Lin decided to offer Gadot another option instead of the Bond movie, so he gave her the role of Gisele in the fourth installment of the ‘Fast & Furious’ franchise; where she starred alongside, Vin Diesel, Ludacris, Tyrese Gibson, The Rock, and more.

In 2010, she played a minor role in the action-comedy film ‘Knight and Day’, she also portrayed ‘Natanya’, the girlfriend of Mark Wahlberg in the film ‘Date Night’.

In 2016, she bagged the role of Wonder Woman for the film ‘Batman vs Superman: Dawn of Justice’, which was her first debut performance playing as a superhero.

Apart from being an incredible actress, Gadot is also an active model.

She was a part of the Maxim photo shoot ‘Women of the Israeli Army’ and was featured on the cover of the New York Post. Gadot has also been the face of Gucci’s Bamboo perfume brand, Huawei smartphones, and Miss Sixty.

Here are some of the best highlights of Gal Gadot’s  career:

“What’s so lovely about Wonder Woman is yes, she has the strength and power of a goddess, but she has the heart and mind of a human. So I play her as I think a woman like me would act in the situations she’s going through. You treat her as a normal woman who happens to be fantastic and almighty.” – Gal Gadot

“Let me start by saying I wish no country had the need for an army. But in Israel, serving is part of being an Israeli. You’ve got to give back to the state.” – Gal Gadot

“I really liked to perform. My mother always tells this story: I was five. They had a party, and they’d put me to bed. I heard everyone on the rooftop, and I went upstairs. No one paid any attention to me, so I took a hose and sprayed everyone. Very elegant, right? ‘It’s me! Look at me!’ I loved the attention.” – Gal Gadot

“The Wonder Woman that you see in ‘Batman v Superman’ is a woman who has been around, and she’s very experienced. She understands a lot about the man. Whereas in the standalone movie, we are telling the grown-up story, Diana becoming Wonder Woman, and this was a story that was never told before.” – Gal Gadot

“For me, it was important Wonder Woman wouldn’t be a Goody Two-Shoes. She has a little bit of attitude, and when she fights, she has a smirk on her face. I didn’t want her to be polished. I want people to relate to her.” – Gal Gadot

Now that you know all about Gal Gadot net worth, and how she achieved success; let’s take a look at some of the most incredible lessons we can learn from her:

It’s arguably one of the most harmful aspects of our society that too many girls grow up believing they’ll need to choose between being mothers or having careers. It’s a narrative that’s reinforced constantly and one that leads to unbalanced family structures, women who are unsatisfied professionally, and of course, an unbalanced workplace.

2. Women Can Stand Up to Powerful Men

This is a lesson that all of society is learning, and learning fast in the latter half of 2017. But Gadot was as strong an example as any in this process, reportedly indicating that she would refuse to work on more Wonder Woman films if producer Brett Ratner – who was accused of inappropriate activity – were attached.

This is more of a general lesson to young people everywhere, but it’s still a very important one. In an interview with Collider, Gadot had a very interesting line: “Somehow, I think that I always wished to play Wonder Woman, without even knowing it myself.

How much is Gal Gadot worth?

Gal Gadot’s net worth is estimated to be $30 Million.

How old is Gal Gadot?

How tall is Gal Gadot?

Gal Gadot is best known for her character of Gisele Yashar in the ‘Fast & Furious’ and as Diana in ‘Wonder Woman’. She has been listed at number 5 on Shalom Life’s 50 most talented, funny, intelligent Jewish women in the world.

What do you think about Gal Gadot’s net worth? Leave a comment below.

What is Deji's net worth? Introduction  As of , Deji's...