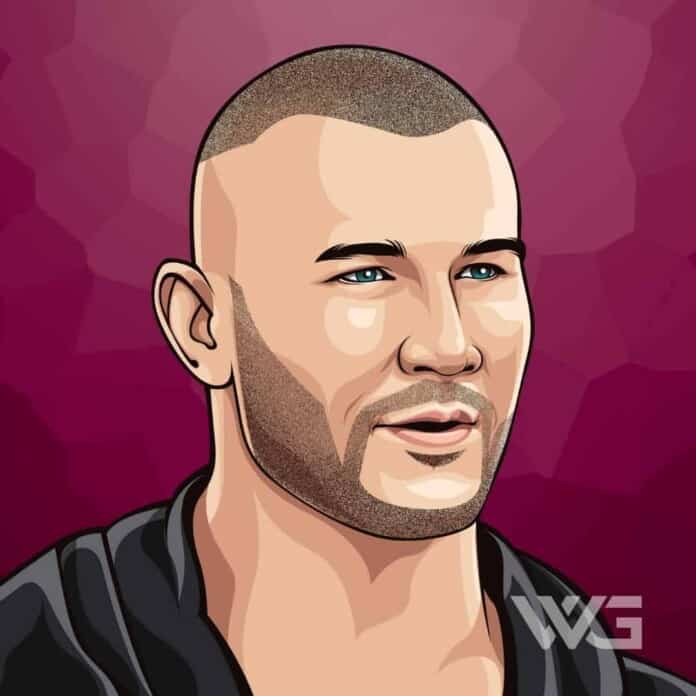 What is Randy Orton’s net worth?

As of December 2022, Randy Orton’s net worth is roughly $7 Million.

Randal “Randy” Keith Orton is an American professional wrestler and occasional actor from Tennessee. Orton is signed to WWE, where he performs on the SmackDown brand.

Randal Keith Orton was born on the 1st of April, 1980, in Knoxville, Tennessee. Orton is the son of Elaine and Bob Orton Jr., a professional wrestler.

From an early age, Orton displayed an interest in wrestling. However, he was discouraged by his parents, as they believed that it was a difficult career choice. His father used to tell him that a life in the ring meant that he would have to stay away from family for long periods.

Randy Orton made his wrestling debut in 2000. Orton signed a deal with the World Wrestling Federation (WWF) in 2001.

He wrestled well-known stars such as Rico Constantino and the Prototype. Orton, who mostly took part in tag team matches, won the OVW Hardcore Championship twice during this period.

Orton gained fame for his move, RKO, a jimping cutter named after his initials, which later became his signature finisher. After successfully defeating Chris Benoit in July 2004, Orton earned the World Heavyweight Championship for the first time. Later, after defending it successfully for a few times, he finally lost it to Triple H.

In 2007, at the No Mercy wrestling event, Orton was awarded the WWE Championship for the first time, after John Cena had vacated it due to an injury.

Since then, he has won the title a total of nine times. In 2011, he won the World Heavyweight Championship for the second time, after successfully defeating his opponent Christian.

As an actor, Randy Orton has appeared in a few films and TV shows as well. In 2013, he appeared in the American action film ’12 Rounds 2: Reloaded’ which starred him in the lead role. Directed by Roel Reiné, the film also starred Tom Stevens, Brian Markinson, Venus Terzo, and Cindy Busby. The film mostly received positive reviews.

In 2015, Orton appeared in the American action film ‘The Condemned 2’, which starred him in the lead role.

Here are some of the best highlights of Randy Orton’s  career:

“Ric Flair, you put me in this position. You named me the Legend Killer and after Tuesday, you will respect me.” – Randy Orton

“Ric Flair, you can tell all these people that I’m full of it for calling myself the Legend Killer? Well, I think you’re full of it for coming out here every Monday and telling the whole world that Triple H is the best wrestler in the world today. I know it’s not true, I’m pretty sure all these people know it’s not true and Ric Flair, I know that deep down inside your heart, you know it’s not true either which is why it’s so tragic to see what you’ve become. This generation is gonna remember Ric Flair for kissing Triple H’s ass!” – Randy Orton

“I was even more of a fan of Jake The Snake than I was of my dad when I was a kid, and that’s because of the snake. Jake used to have his snake, Damien, out in the locker room slithering around the showers. In the locker room, they would actually block off one of the showers just so Damien could roll around, and I’d sit there and watch him.” – Randy Orton

“Guys like Jack Lanza, Pat Patterson, Bruce Pritchard, Tom Pritchard – those guys all helped me get a tryout. And I’d never been in the ring, so they went on a lot of faith and signed me and thought that they could help mold me into a WWE superstar. And now I’m glad they did because that was a big turning point in my life.” – Randy Orton

3 Lessons from Randy Orton About Hard Work and Training

Now that you know all about Randy Orton’s net worth, and how he achieved success; let’s take a look at some of the lessons we can learn from him about hard work and training:

Life works best when you have clear objectives. If you want to create the life you truly desire, you must know what it is that you truly desire. You need to have a clear vision of what life looks like.

The best way to success is to help others to succeed. You cannot achieve your objectives on your own.

3. Focus On What You Do Best

How much is Randy Orton worth?

Randy Orton’s net worth is estimated to be $7 Million.

How old is Randy Orton?

How tall is Randy Orton?

Randy Orton is one of the best wrestlers in the WWE. He has won a total of 16 championships and has also been the winner of significant matches like the Royal Rumble Matches.

Orton became the youngest world champion in the history of the WWE after he won the World Heavyweight Champion at the age of 24.

As of December 2022, Randy Orton’s net worth is approximately $7 Million.

What do you think about Randy Orton’s net worth? Leave a comment below.