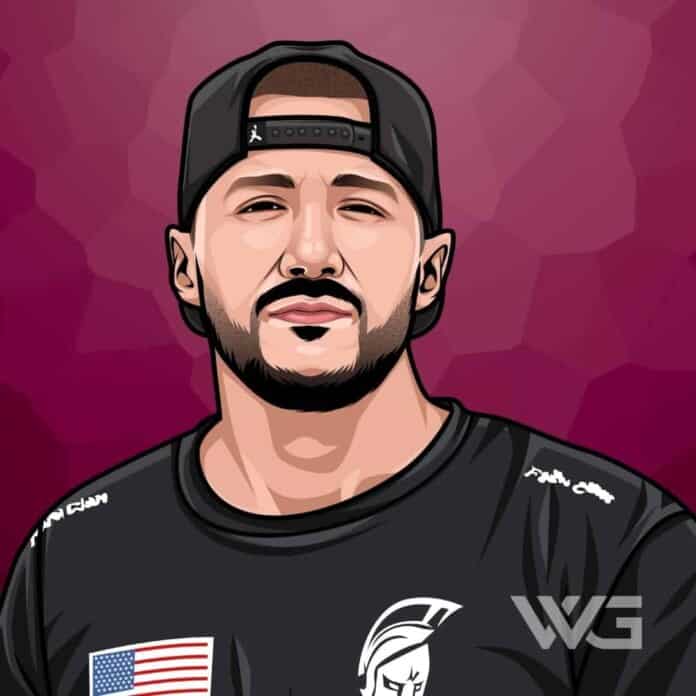 What is Nick Mercs’ net worth?

Nick Mercs is a Twitch streamer and Youtuber.

Mercs are best known for his ‘Fortnite’ videos. He holds many world records. He regularly streams shooting games, and he has an aggressive play style. Mercs are the former MLG National Champion.

Nick Kolcheff was born on the 21st of November, 1990, in Detroit, Michigan.

He started off making Outlast videos on the streaming platform Twitch. He made stream highlights and then made different types of ‘Call of Duty games that featured ‘Ghosts,’ ‘Modern Warfare Remastered,’ and ‘WWII.’

At first, he struggled to get exposure online until he made the World Record with the most squad kills in ‘Fortnite.’ He was a member of ‘100 Thieves’ from 2016 to 2019.

Kolcheff built his name as Gears of War professional in 2000. He played Halo on a professional level. During this time, he has many conversations with Ninja due to trash talking.

In 2010, he started to stream on Justin. tv. He rose to fame when he created his own YouTube channel the following year. In 2018, he teamed up with Nadeshot.

His squad broke the world record for total kills in Fortnite with 54. It was later broken by politics, TozSlays, MannyinCali, and JuicyMutt.

As already mentioned, he is known for his genius movements and aggressive playstyle. He has earned over $130,000 in Fortnite prizes. In 2019, he joined FaZe Clan.

Despite offers from streaming services, he would stay with Twitch. He earned around $6 million in 2019 and was the 10th highest earning gamer the same year.

Mercs is known as the leader of MFAM in the gaming community. He often gives back to his community with different giveaways. Sometimes he likes to put together the MFAM bar-b-que, which is a free event for the MFAM members and their loved ones.

In 2020, the release of Warzone coupled with long lockdowns sparked a huge increase in the daily viewership of video game streams. Nick often teamed up with other gamers on his streams, such as Cloakzy, Courage JD, TimtheTatman, and Faze Swagg.

Here are some of the best highlights of Nicks Mercs’ career:

“Happy Thanksgiving! Maple leaf. Had the whole fam over, ate so much, can’t move. Wanted to take the time to reflect on everything I’m thankful for, my family, friends, the MFAM, being able to do what I do everyday. Love y’all, for real. Enjoy the holiday, see ya tomorrow.” – Nick Mercs

“The fitness, gym, and health grind is a big part of my life. As a community, I want to do things together and have our fun, but we have to keep things in our sights. The most important thing is our health.” – Nick Mercs

Now that you know all about Nick Mercs’ net worth and how he achieved success; let’s take a look at some of the best lessons we can learn from him:

Nick Mercs is a person who is down to earth. If you have watched his streams you will quickly know that he is a genuine guy. He likes to sleep all day and watch college football. He is as disconnected from the internet lingos as the rest of us are.

2. Normalize Being a Gamer

Nick Mercs is certainly new to the podcasting game but being that he entertains an audience for a living. You need to have talents and skills to be the best.

How much is Nick Mercs worth?

Nick Mercs’ net worth is estimated to be $4 Million.

How old is Nick Mercs?

How tall is Nick Mercs?

Nick Mercs took a turn in 2019 when he moved back to his home in Michigan.

At first, he struggled to get exposure online, but he didn’t give up. As a result of his hard work, he is today one of the richest streamers in the gaming industry. Due to his success, he celebrated one of the most important in his life alongside his fans.

What do you think about Nicks Mercs’ net worth? Leave a comment below.