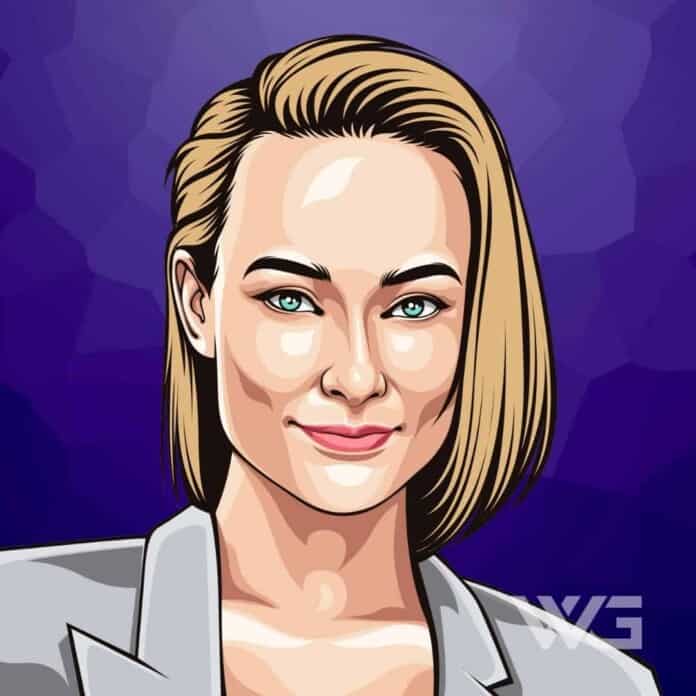 What is Olivia Wilde’s net worth?

As of November 2022, Olivia Wilde’s net worth is approximately $25 Million.

Olivia Jane Cockburn, known professionally as Olivia Wilde, is an American actress, model, producer, director, and activist from New York. She is best known for her role as Dr. Remy on the medical-drama television series ‘House’.

Wilde is also known for starring in films such as ‘Other Women’, ‘Alpha Dog’, ‘Tron: Legacy’, ‘Cowboy & Aliens’, ‘ Love the Coopers’, and ‘Meadowland’.

Olivia Jane Cockburn was born on the 10th of March, 1984, in New York. She is the daughter to Leslie and Andrew Cockburn. Her father was a journalist and her mother was also a producer and journalist.

Ever since Wilde was a kid she wanted to become an actress. In 1995, she appeared in her debut short film as ‘Magdalene’ in ‘Meeting Magdalene’. She later attended Phillips Academy in Massachusetts, from where she graduated.

Wilde’s career took off as ‘Jewel Goldman’ in the American television series, ‘Skin’. Her acting skills got her noticed and she was cast in ‘The O.C.’, which was a hit American drama series, as ‘Alex Kelly’, in 2004.

In 2006, she appeared in three films; ‘Alpha Dog’, ‘Bickford Shmeckler’s Cool Ideas’ and ‘Turistas’. The next year, she was seen in ‘The Death and Life of Bobby Z’.

In 2007, she was back on television in ‘The Black Donnellys’ and in a major role as ‘Dr. Remy ‘Thirteen’ Hadley’ in one of her longest television series, ‘House’, in which she appeared in a total of 81 episodes.

Juggling between her television assignments and her film projects, she also starred in ‘The Incredible Burt Wonderstone’,‘Drinking Buddies’, ‘Rush’ and ‘Third Person’, in 2013.

Here are some of the best highlights of Olivia Wilde’s career:

“Enjoy the pregnancy, not racing ahead and relishing the moment. I think people see pregnancy as something to get over with, but every stage of becoming a mother is really special.” – Olivia Wilde

“The difference between romantic love and friendship love is that romantic love involves a lot of compromises. It is a very giving type of love. With friendship, you can be a little bit more autonomous. You are not expected to compromise, in the same way. Maybe that’s why friendships tend to last longer.” – Olivia Wilde

“The mark of a good marriage is the partnership and continuing to feel inspired by your spouse. I had that with Tao. But the end is not necessarily the tragedy. Staying in a relationship that is no longer working is the tragedy. Living unhappily – that’s the tragedy.” – Olivia Wilde

“I have a lot of friends who I really feel like I can kick back with and let all pretense go and be very comfortable with.” – Olivia Wilde

“As a woman who works in a male-dominated business – Hollywood, definitely, is one of them – I instinctually knew what that is like. You have to be strong and take care of yourself.” – Olivia Wilde

3 Lessons from Olivia Wilde About How to Love Yourself

Now that you know all about Olivia Wilde’s net worth, and how she achieved success; let’s take a look at some of the strongest lessons we can learn from her:

Never stagnate or think that you are just coasting along. It is a false illusion to think you are standing still. Those who stop improving are actually falling backward. You’re either going forward or backward because life doesn’t let you stand still. You have one life, so make it the best, happiest, and fullest it can be.

You’re beautiful/handsome and unique. If you find it hard to like yourself, try looking at yourself through the eyes of the people that love and care for you and believe them.

This is rather simple. Life is short. Don’t be so intense all the time. Have fun!

How much is Olivia Wilde worth?

Olivia Wilde’s net worth is estimated to be $25 Million.

How old is Olivia Wilde?

How tall is Olivia Wilde?

Olivia Wilde is a popular American actress who has appeared in numerous television and film productions. She received international stardom after she appeared in television productions like ‘The O.C.’ and has since bagged a number of roles for both, film and television.

What do you think about Olivia Wilde’s net worth? Leave a comment below.

What is Vin Diesel's net worth? Introduction As of ,...