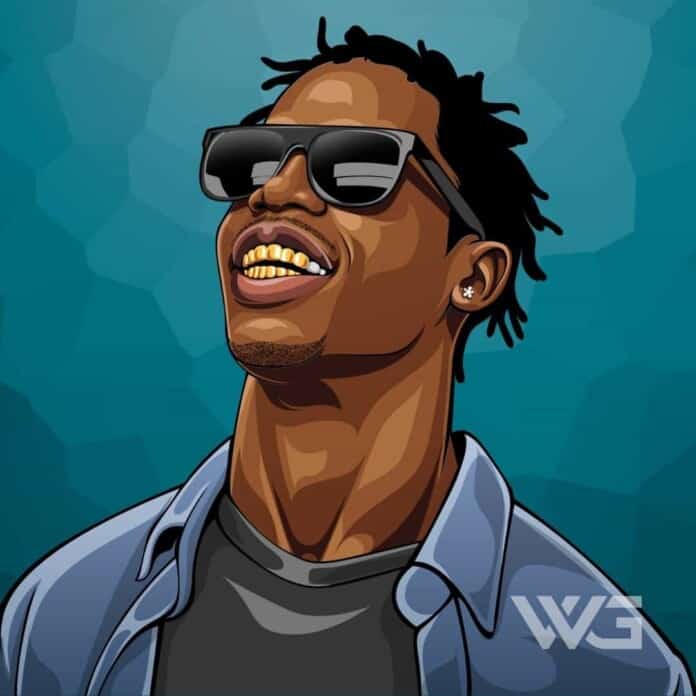 What is Travis Scott’s net worth?

As of February 2023, Travis Scott‘s net worth is estimated to be $60 Million, with his girlfriend Jenner’s being placed at $900 million.

Travis Scott is an American rapper, singer, songwriter, and record producer. He appeared in the news last year for the birth of his baby girl, Stormi, with Kylie Jenner.

Travis Scott was born on the 30th April 1992, in Houston, Texas. His real name is Jacques Webster the Third, and he lived with his grandmother in Missouri whilst growing up.

School attended a private elementary school and middle school, and eventually graduated from Elkins High School, which was a public school. He briefly attended the University of Texas at San Antonio but dropped out to move to New York City and pursue music.

After his parents heard the news, they were incredibly disappointed and stopped providing Scott with money and support.

Travis Scott first began his journey to a successful rapper when he was 16 years old. Scott teamed up with a friend of his to form the hip-hop duo, The Graduates.

Four years later, Travis signed deals with both GOOD Music and Epic Records. A year later, he also signed a deal with Grand Hustle. It’s safe to say, Travis Scott was on his way to becoming a huge success in the hip-hop industry.

Fast forward to 2018, and Travis has released multiple albums, had songs featured in the Billboard Hot 100, and had a baby girl with girlfriend Kylie Jenner.

Travis has also collaborated with artists such as Post Malone, Wiz Khalifa, and Gucci Mane.

As of February 2023, Travis Scott’s net worth is estimated to be $60 Million.

How Does Travis Scott Spend His Money?

There’s no doubt that Travis Scott is one of the highest-paid rappers right now. Scott has been busy making dollars by going on tours and making new popular tracks.

Not only does Travis make money off his music and merch, but he’s also making some hefty dollars from his endorsement deal with Nike. He is a big fan of buying cool clothes and custom shoes.

The rapper is a big fan of cars; he gifted himself a new Bugatti Chiron for a cost of $3.1 million on April 30, 2020. Scott has given Kylie Jenner a sports car for $1.4 million. He has also given Kylie a white vintage 1950’s Rolls Royce for her 21st birthday.

Scott dropped $23.5 million in cash on a huge mansion in Los Angeles.

Here are some of the best highlights of Travis Scott’s career:

“I’m just here for good times, man. I want people to have the best time ever. Especially if they’re around me.” – Travis Scott

“I feel like Houston is one of the leading things in music culture. Everyone loves the Houston culture. It needs to have its own monument, its own moment for artists like me, artists like Beyonce who set it off.” – Travis Scott

“Money is something that keeps you alive and healthy and just keeps you focused. It’s the drive. It’s the passion.” – Travis Scott

“I’m not into just one thing; I always felt like I had to have my hand in everything revolving around what I do, whether it’s directing videos, making beats, making music, performing.” – Travis Scott

“Everybody just has different steps in their life that they take to do what they should.” – Travis Scott

“I must say, I’ve been in the studio with Jay Z, dog… I thought the freestyle thing was a myth. But, bro!” – Travis Scott

10 Rules to Success from Travis Scott

1. Stop trying to compete with each other

Scott says that if artists just stopped trying to compete with each other, they could all have the power. Instead of competing, they should be collaborating with one another. That’s where the real power comes into play.

2. Quitting is never an option

For Travis Scott, quitting is never an option. That includes when he was trying to become successful, and had plenty of obstacles in his way. He never quit and says this is definitely not an option for him.

3. Find your own lane

Travis mentioned that a lot of different artists inspired him in the beginning. He used that inspiration when first creating his own music, but eventually found his own lane and unique sound.

Don’t let obstacles stop you from achieving your goals. Be prepared to get out of your comfort zone, in order to break the barriers down that are holding you back.

Travis is all about creating an experience, containing a lot of different elements and visuals. Not just a rapper with a microphone and a DJ.

If you have the ability to do certain things on your own and achieve various goals by yourself, then do it! Many times, collaborating with others is required for you to achieve your goals. But don’t wait for everyone to help you with everything. Do what you can do.

Whatever you like, you’re able to focus on. Scott mentioned that when collaborating with others, they’ll share ideas, and he’s able to pick up on ideas that he likes and tweak them to his taste. If he likes it, his energy towards the work will be much more productive.

8. Connect with the right people

Connecting with the right people is very important for success. Those that have the power to help you, and have been in your situation in the past, are very valuable connections. Look for these people, and be sure to build strong connections with them.

Knowledge is power. Travis says he doesn’t use drugs to turn up his work ethic in the studio. He is the drug. He has the knowledge that allows him to produce hit songs and beats.

If you’ve ever seen one of Travis’ shows, you’ll know that he brings a lot of energy to them. Scott’s advice to people is to also just enjoy the moment, have fun, and bring the energy to whatever you do!

1. The Houston artist started off playing the drums at age 3. Then he moved into the piano.

2. Travi$ Scott’s real name is Jacques Webster. In 2014, he told Grantland that his rap moniker was partially inspired by a relative he admired.

3. In 2013, Scott told TheDrop.fm that he typically records in the dark.

4. Whereas many rappers are too cool to show emotion, Scott revealed to MTV that he cried the first time he met Kid Cudi.

5. It was a struggle to get his family to understand his desire to get into the music industry.

6. The ‘Days Before Rodeo’ creator explains that his hometown of Missouri City, Texas-inspired his love for diversity.

How much is Travis Scott worth?

Travis Scott’s net worth is estimated to be $60 Million.

How old is Travis Scott?

How tall is Travis Scott?

Travis Scott is a successful American rapper, and now a new father. He’s only 28 years old, and still has a lot of potentials to be reached through the rest of his career.

As of February 2023, Travis Scott’s net worth is estimated to be $60 Million.

What do you think about Travis Scott’s net worth? Leave a comment below.