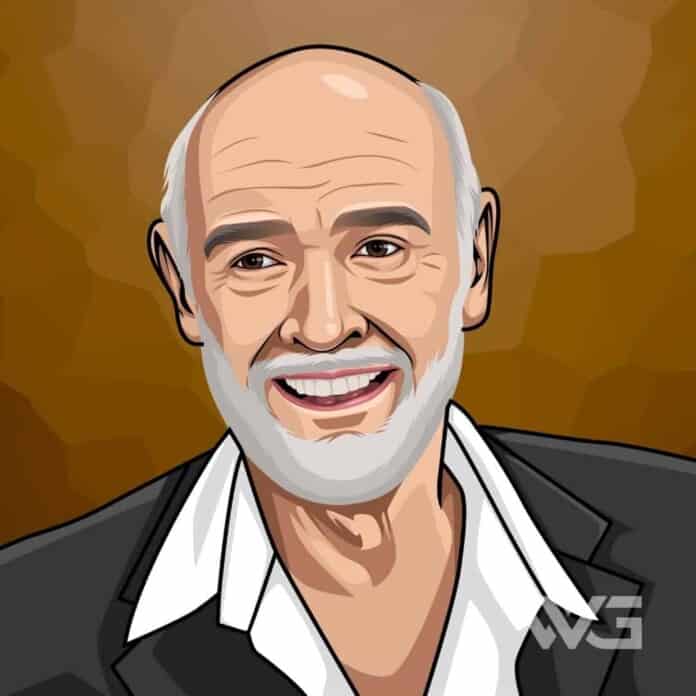 What is Sean Connery’s net worth?

Sean Connery was a well-established actor.

Connery is probably best known for his portrayal of the British secret agent James Bond. Connery starred in seven Bond movies between 1962 and 1983.

He got his big breakthrough in the Bond movies, and after this, he starred in other movies including ‘The Hill,’ ‘Murder on the Orient Express,’ ‘The Man Who Would Be King,’ ‘A Bridge Too Far,’ ‘The Name of the Rose’ and ‘The Rock.’

At his time of passing, Sean Connery’s net worth was estimated to be roughly $350 Million.

Connery was the son of Joseph Connery and Euphemia McBain. His parents were poor, and they lived in a neighborhood that has breweries and rubber mills.

When Connery was a baby, he used to sleep in a bureau drawer because his parents couldn’t afford a crib for him to sleep in. He grew up on the streets, and he liked to play football with the neighborhood boys.

When Connery was 23 years old, he traveled to London and took part in ‘Mr. Universe’. He was given an audition and was selected for the role of one of the Seabees chorus boys.

He became friends with an American director during the production of ‘South Pacific’ who later introduced him to ‘Maide Vale Theatre.’ Connery vegan working for different TV series and movies. In 1957, he did minor roles in the movies ‘Action of the Tiger, ‘No Road Back,’ and ‘Time Lock.’

The following year, he was offered a role in ‘Another Time,’ Another Place.’ The film was successful, and in 1961, he was approached by producers for James Bond’s role. The Bond films made him an icon.

He starred in seven James Bond films ‘Dr. No’, ‘From Russia with Love,’ ‘Goldfinger,’ ‘Thunderball,’ ‘You Only Live Twice,’ ‘Diamonds Are Forever,’ and ‘Never Say Never Again.’ He also starred in big-screen films such as ‘Marnie,’ ‘The Hill,’ Murder on the Orient Express’ and ‘Indiana Jones and the Last Crusade.’

At his time of passing, Sean Connery’s net worth was roughly $350 Million.

How Did Sean Connery Spend His Money On?

Sean Connery was a wealthy man until his passing. Connery lived fancy and also had many different lavish cars in his garage.

Sean Connery is an icon, and he loved to drive lavish cars. Some of his most notable purchase was his Aston Martin DB5. His car was custom made with machine guns and a bulletproof shield.

Connery’s seafront mansion was built on the French city hills and had a magnificent view. Today this mansion is up for sale for a $45.7 million price tag.

Here are some of the best highlights of Sean Connery’s career:

“My view is that to get anywhere in life, and you have to be anti-social; otherwise, you’ll end up being devoured. I’ve never been particularly social, anyway, but other people’s attitude has usually provoked fifty percent of it if I’ve ever been rude. Though I do admit, like most Celts, I’m moody. It’s fine until people try to cheer you up with gems like, ‘snap out of it’ or ‘Come on, now.’” – Sean Connery

“But as a Scot with a lifelong love of Scotland and the arts, I believe the opportunity of independence is too good to miss. Simply put, there is no more creative an act than creating a new nation.” – Sean Connery

“You know, the Oscar I was awarded for The Untouchables is a wonderful thing, but I can honestly say that I’d rather have won the U.S. Open Golf Tournament.” – Sean Connery

“I met my wife through playing golf. She is French and couldn’t speak English, and I couldn’t speak French, so there was little chance of us getting involved in any boring conversations – that’s why we got married really quickly.” – Sean Connery

“My dear girl, there are some things that just aren’t done, such as drinking Dom Perignon ’53 above the temperature of 38 degrees Fahrenheit. That’s just as bad as listening to the Beatles without earmuffs!” – Sean Connery

“I’ve always been hopeful about Scotland’s prospects. And I now believe more than ever that Scotland is within touching distance of achieving independence and equality.” – Sean Connery

Now that you know all about Sean Connery’s net worth and how he achieved success; let’s take a look at some of the strongest lessons we can learn from him:

Laughter kills fear, and without fear, there can be no faith. For without fear of the devil, there is no need for God.

Your background and environment are with you for life—no question about that.

There is nothing like a challenge to bring out the best in man.

Nothing is impossible, only mathematically improbable.

Sean Connery was an incredible actor and is best known for portraying the iconic role of James Bond.

He was much appreciated for his portrayal of the legendary character, and he received a huge fan following all over the world.

Apart from playing James Bond, he starred in many other productions, which also were successful. Connery was one of the most charismatic actors in the movie industry with a great sense of gratitude for his worldwide audience, who turned him into a superstar of all time.

At his time of passing, Sean Connery’s net worth was estimated to be roughly $350 Million.

What do you think about Sean Connery’s net worth? Leave a comment below.