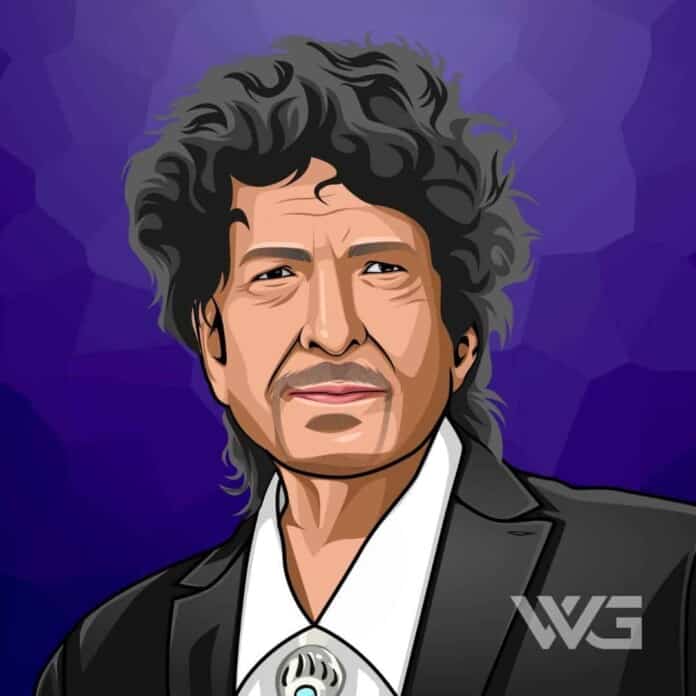 What is Bob Dylan’s net worth?

Bob Dylan is an American author, singer-songwriter, and visual artist.

Dylan is regarded as one of the greatest songwriters of all time. He has been a major figure in popular culture for more than 50 years.

His most celebrated work includes songs ‘ Blowin’ in the Wind’ and ‘The Times They Are-a Changin’. His songs revolve around the issues in society. Dylan also loves to paint, and his work has been seen in major art galleries.

Robert Allen Zimmerman was born on the 24th of May, 1941, in Minnesota.

Zimmerman was raised in Hibbing, and his grandparents emigrated from Odesa in Ukraine. His other grandparents were Lithuanian Jews who arrived in the United States in 1902.

When Dylan was younger, he played in many different bands, and with time his interest in music deepened, with a particular passion for American folk music and blues.

Dylan’s debut album ‘Bob Dylan’ was released in 1962. The album failed and didn’t get a lot of attention. His second album, ‘The Freewheelin’ Bob Dylan, ‘ helped him rose to fame.

When he realized the single ‘Like a Rolling Stone,’ his whole career changed. This period is considered to be one of the most revolutionary songs in musical history.

To this date, Dylan has dropped over 35 albums, including ‘Nashville Skyline, ‘Oh Mercy,’ ‘Time Out of Mind,’ ‘Love and Theft,’ ‘Rough and Rowdy Ways.

Since 1994, he has published eight books of paintings and drawings as well. His amazing work has been exhibited in major art galleries. When it comes to his music, he has sold more than 100 million records making him one of the best-selling artists.

Dylan has also received numerous awards, including ten Grammy Awards. He continued releasing albums, touring, and performing stage shows into the 2000s even though now he was in his sixties.

How does Bob Dylan spend his money?

Bob Dylan is a well-established singer and painter who has made a fortune throughout his years as a successful singer.

Dylan likes to spend his fortune on real estate and cars. He is a true legend in the music industry, and his career has spanned for more than six decades.

Dylan’s love for cars is huge, and in his collection, we can see cars such as a Mustang Convertible, a Triumph Tiger 100, a Cadillac Escalade, a Chrysler 200, and a Jaguar e-type.

Bob Dylan built his own home in Malibu, known for being one of the most beautiful mansions. Dylan also likes to paint, so he has spent a fortune on art as well.

Here are some of the best highlights of Bob Dylan’s career:

“Jesus, that ear. He should donate it to The Smithsonian. Brian Wilson, he made all his records with four tracks, but you couldn’t make his records if you had a hundred tracks today.” – Bob Dylan

“Some of the old folk singers used to phrase things interestingly, and then, I got my style from seeing a lot of outdoor-type poets, who would recite their poetry. When you don’t have a guitar, you recite things differently, and they’re used to be quite a few poets in the jazz clubs, who would recite with a different type of attitude.” – Bob Dylan

“There’s a lot of false prophets around, and that’s the trouble. People say they think they know what’s right, and other people get people to follow them because they have a certain type of charisma, and there are always people willing to take over. People want a leader. And there will be more and more of them.” – Bob Dylan

“You have to work out where your place is. And who you are. But we’re all spirit. That’s all we are, we’re just walking dressed up in a suit of skin, and we’re going to leave that behind.” – Bob Dylan

“You’re going to die. You’re going to be dead. It could be 20 years; it could be tomorrow, anytime. So am I. I mean, we’re just going to be gone. The world’s going to go on without us. All right now. You do your job in the face of that, and how seriously you take yourself you decide for yourself.” – Bob Dylan

Now that you know all about Bob Dylan’s net worth and how he achieved success; let’s take a look at some of the best lessons we can learn from him:

Take care of all your memories. For you cannot relive them. Live in the present and make sure that you don’t live in the past or the future.

A hero is someone who understands the responsibility that comes with his freedom.

3. What People Believe In

People seldom do what they believe in. They do what is convenient, then repent.

How much is Bob Dylan worth?

Bob Dylan’s net worth is estimated to be $500 Million.

How old is Bob Dylan?

How tall is Bob Dylan?

Bob Dylan is an American singer, artist, and writer who has some of his most acclaimed work from the 60s.

His works have spanned five decades, and he has toured all over the world. Over 6,000 artists have covered his songs. In recent years, he was earning $15 million per year in income from his songs.

Dylan has won a total of 11 Grammy Awards. Dylan has sold tens of millions of albums, and he was awarded the Nobel Prize for Literature in 2016.

What do you think about Bob Dylan’s net worth? Leave a comment below.