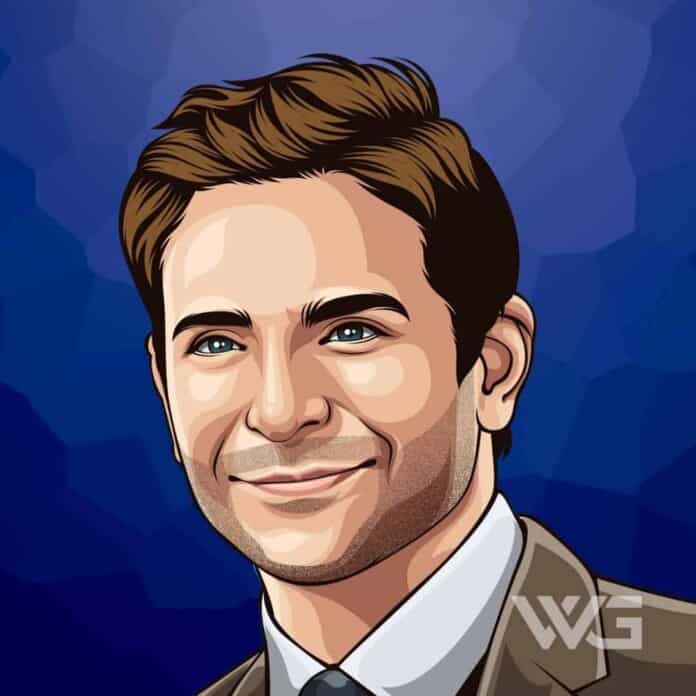 What is Bradley Cooper’s net worth?

As of November 2022, Bradley Cooper’s net worth is estimated to be roughly $100 Million.

Bradley Charles Cooper is an American actor and filmmaker, and he has been nominated for numerous awards including seven Academy Awards, two Grammy Awards, and a Tony Award.

He appeared in Forbes Celebrity 100 on two occasions and Time’s list of 100 most influential people in the world in 2015. His films have grossed more than $7.8 billion worldwide

Bradley Charles Cooper was born on the 5th of January, 1975. He was born to Charles Cooper and Gloria Campano in Philadelphia. Ge is the younger among two children; the first being his elder sister Holly.

In 1993, Cooper enrolled at Villanova University but later on, he switched to Georgetown University where he completed a bachelor’s degree with honors in English.

Cooper’s first professional work as an actor came in a guest appearance for the hugely popular show ‘Sex and the City’ in 1999. He also got noticed when he worked in plenty of other television programmes like ‘Globe Trekker’, ‘Jack & Bobby’ and ‘Nip/Tuck’.

In 2001, he got his breakthrough in the movies when he starred in the comedy film ‘Wet Hot American Summer’ and the film is today regarded as a classic by many. However, a few years later he really became a well-known face in Hollywood following the release of the movie ‘Wedding Crashers’.

The year 2009, was a successful year for Bradley Cooper, as he not only bagged major roles in four different films but also because one of those, ‘The Hangover’, went on to become a huge hit and collected $467 million at the box office. Two years later he starred in the sequel of ‘The Hangover’ and also starred in the thriller ‘Limitless’.

A few years later he played the role of an FBI agent in ‘American Hustle’ and it was for that role that he got nominated for ‘Best Supporting Role’ award.

In 2014, he starred in two of the most popular and famous films in his career, ‘Guardians of the Galaxy’ and ‘American Sniper’ which earned him another Academy Award nomination.

In 2018, he received accolades for his performance in ‘A Star Is Born” alongside singer and actress Lady Gaga.

Cooper has starred alongside actors such as Zach Galifianakis, Ken Jeong, and Vince Vaughn.

Here are some of the best highlights of Bradley Cooper’s career:

“I always sort of talk about – to myself at least, or to my friends, about wanting to just keep life very simple. I’ve found it most simple here in New York. You know, it’s basically I have a, in a way, a 9-to-5 job, you know? And it’s actually wonderful.” – Bradley Cooper

“Women are a source of energy in life. I’ve always wanted to be in a war or baseball movie, but the thought of having no women on set for six months – that’s hell. I don’t know if it’s animalistic or what, but men become like peacocks with their feathers up when women are around.” – Bradley Cooper

“I seriously love to cook … My grandmother was an amazing cook. As a kid, I used to help her make handmade pasta, Cavatelli, and Ravioli. It was one of my favorite things to do. I love the idea of making whatever is in the fridge into something.” – Bradley Cooper

“I never lived the life of ‘Oh, you’re so good-looking’. People thought I was a girl when I was little because I looked like a girl-maybe because my mother would keep my hair really long in a bowl cut.” – Bradley Cooper

View our larger collection of the best Bradley Cooper quotes!

Now that you know all about Bradley Cooper’s net worth, and how he achieved success; let’s take a look at some of the leadership lessons we can learn from him:

Cooper’s not being glib or thoughtless in his praise of others, at least not that I’ve seen. He doesn’t give credit when it’s not warranted — say, denying his role in the directing, acting or storytelling. He doesn’t embellish the accomplishments of whomever he’s praising, either.

Perhaps more surprising to me is to hear the stories of “A Star Is Born” actors talking about how Cooper’s generosity as a screenwriter and a director. After all, he spent years thinking about this movie, securing the rights and funding, writing the script and songs, preparing to act and direct, soliciting cast members.

If you have authority and power, how can you deploy it to showcase the deserving people around you?

How much is Bradley Cooper worth?

Bradley Cooper’s net worth is estimated to be $100 Million.

How old is Bradley Cooper?

How tall is Bradley Cooper?

Bradley Cooper is an American actor who currently is one of the biggest stars in the world. He has been a part of some of the most successful movies of the new millennium.

There’s no doubt that he will remain as a popular actor in the world. Cooper has made a career for himself as a noted actor in films, television shows and also the stage.

What do you think about Bradley Cooper’s net worth? Leave a comment below.

Introduction  As of , MacKenzie Bezos' net worth is...

Dave Matthews became fabulously wealthy as the force behind the Dave Mathews Band, and now has an estimated net worth of over $300 million.