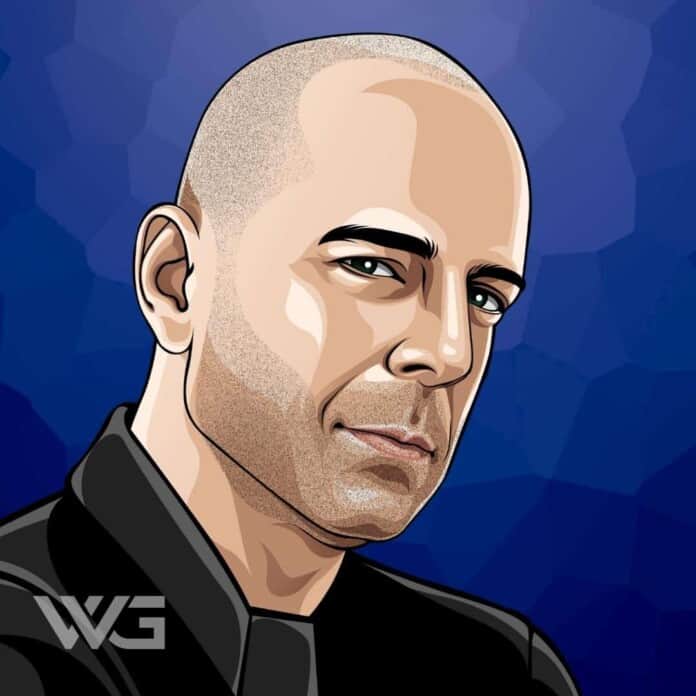 What is Bruce Willis’ net worth?

Bruce Willis is an American actor, producer, and singer. Let’s be honest, most of us know him as John McClane from the hit ‘Die Hard’ series. Yet, he’s still appeared in over 60 films and built a very successful acting career.

We won’t list all the films he’s been in, we’ll just get straight to the point.

Bruce Willis was born in Idar-Oberstein, Germany, on the 19th March, 1955. He has 3 younger siblings; Florence, David and Robert (deceased).

Although Willis was born in Germany, his father was an American soldier, and the family moved back to New Jersey when Bruce was only two years old.

When Bruce was in high school, he suffered from a speech impediment and was mocked by many of his classmates. He began acting on stage and quickly lost his stutter.

Bruce Willis’ first job after finishing high school was working as a security guard for a nuclear power plant. However, he quickly found a passion for acting, and enrolled at Montclair State University to study Drama.

Willis ended up leaving university and moving to New York, where he began working as a bartender. After this, came a move to California, and auditioned for several TV shows; resulting in appearances in Miami Vice, Moonlighting, and The Twilight Zone.

He received an Emmy Award for his marvelous acting, which led to a sponsorship deal with Golden Wine Cooler Products. This alone netted him his first several million dollars before he even began film acting.

Then, in the late 1980s, Die Hard came onto the scene. The success of the franchise connected Willis with a mainstream audience and helped him achieve his current net worth.

Here are some of the best highlights from Bruce Willis’ career:

“You can’t undo the past… but you can certainly not repeat it.” – Bruce Willis

“On the one hand, we’ll never experience childbirth. On the other hand, we can open all our own jars.” – Bruce Willis

“I’ve always had confidence. Before I was famous, that confidence got me into trouble. After I got famous, it just got me into more trouble.” – Bruce Willis

“I wake up laughing. Yes, I wake up in the morning and there I am just laughing my head off.” – Bruce Willis

“I’m much more proud of being a father than being an actor.” – Bruce Willis

“I like having the dough to come and go as I please.” – Bruce Willis

3 Keys to Success from Bruce Willis

Bruce Willis is one of the most successful actors of all time, and has much to teach us about success. Here are 3 keys to success we can all learn from Bruce Willis:

1. Do the Hard Things

Bruce was nicknamed Buck Buck by the other kids in school. I’m guessing it was related to the stutter, but Buck Buck is a tough name to take. It certainly wouldn’t give me any reasons to call attention to myself by trying out for the school plays and musicals.

Bruce had a song hit #2 on the British Top 40. It was from his album, The Return of Bruno, and was a remake of the Drifter’s classic, “Under the Boardwalk.” For those of you who have only ever known Bruce Willis to be an actor in action films, it may surprise you that the man can sing. Well, he can.

Before playing one on Moonlighting, Bruce worked as a real private eye. Moonlighting, of course, was the television show on which Willis won an Emmy for Best Actor. Why was he a good actor for this role? In addition to his obvious acting abilities, he had experience.

How much is Bruce Willis worth?

Bruce Willis’ net worth is estimated to be $250 Million.

How old is Bruce Willis?

How tall is Bruce Willis?

As of November 2022, Bruce Willis’ net worth is $250 Million, and he is one of the richest actors worldwide.

What do you think about Bruce Willis’ net worth? Leave a comment below.