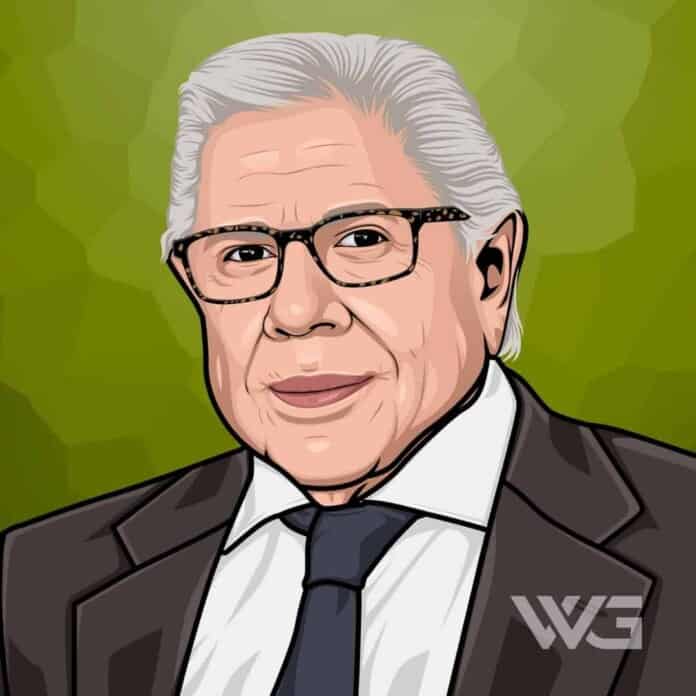 What is Carl Bernstein’s net worth?

Carl Bernstein is an American journalist and author.

When he was a young reporter for The Washington Post, he was teamed up with Bob Woodward. They did much of the original news reporting on the Watergate scandal. These scandals led to numerous government investigations and the eventual resignation of President Richard Nixon.

His career since Watergate has continued to focus on the themes of the use and abuse of power.

Bernstein was born to a Jewish family, and he is the son of Sylvia and Alfred Bernstein. Both his parents were civil rights activists and members of the Communist Party. He attended Montgomery Blair School in Maryland.

Bernstein started his journalism career when he was 16 years old. After he dropped out from the University of Maryland he became a full-time reporter for the Elizabeth Daily Journal in New Jersey.

In 1966, Bernstein joined the Washington Post. After a few years, he would bring the Post more attention. In 1972, Bernstein was assigned with Bob Woodward to cover a break-in at the Watergate office.

Five burglars had been caught in the complex where the Democratic National Committee had its headquarters. One of them was an ex-CIA agent who did security work for the Republicans.

Bernstein and Woodward eventually connected the burglars to a massive fund and a corrupt attorney general. He was the first to suspect President Nixon was involved.

The following year, the book was turned into a movie starring Dustin Hoffman and Robert Redford. Bernstein and Woodward published his second book ‘The FInal Days’ in 1976.

He left the Washington Post in 1977 and started to investigate the secret cooperation between the CIA and American media during the Cold War.

How Does Carl Bernstein Spend His Money?

Bernstein lives in a home in Sag Harbor, New York.

Here are some of the best highlights of Carl Bernstein’s career:

“In the John Paul II days, Cardinal Joseph Ratzinger had the advantage of staying in his cupboard – the Congregation for the Doctrine of the Faith – exchanging views only with the Pope, and speaking publicly only through carefully written missives on doctrinal issues.” – Carl Bernstein

Not an idiot sub-culture, which every society has bubbling beneath the surface and which can provide harmless fun; but the culture itself. For the first time, the weird and the stupid and the coarse are becoming our cultural norm, even our cultural ideal.” – Carl Bernstein

“All institutions have lapses, even great ones, especially by individual rogue employees – famously in recent years at ‘The Washington Post,’ ‘The New York Times,’ and the three original TV networks.” – Carl Bernstein

“The reality is that the media are probably the most powerful of all our institutions today, and they, or rather we, too often are squandering our power and ignoring our obligations. The consequence of our abdication of responsibility is the ugly spectacle of idiot culture!” – Carl Bernstein

“We are in the process of creating what deserves to be called the idiot culture. Not an idiot sub-culture, which every society has bubbling beneath the surface and which can provide harmless fun; but the culture itself. For the first time, the weird and the stupid and the coarse are becoming our cultural norm, even our cultural ideal.” – Carl Bernstein

Now that you know all about Carl Bernstein’s net worth and how he achieved success; let’s take a look at some of the lessons we can learn from him:

The lowest form of popular culture – lack of information, misinformation, disinformation, and a contempt for the truth or the reality of most people’s lives – has overrun real journalism.

The most important ethical issues and the most difficult ones are the human ones because a reporter has enormous power to hurt people.

The reality is that the media are probably the most powerful of all our institutions today. They are often are squandering power and ignoring obligations.

How much is Carl Bernstein worth?

Carl Bernstein’s net worth is estimated to be $16 Million.

How old is Carl Bernstein?

How tall is Carl Bernstein?

Carl Bernstein is an American journalist and author who is best known for reporting the Watergate scandal.

He has written the book ‘All The President’s Men,’ which turned into a movie in 1976. He worked as a reporter for The Washington Post and was teamed up with Bob Woodward.

His first encounter with journalism was in high school. He was in charge of the circulation of the school paper and was also an exchange manager.

After Watergate, Bernstein continued to focus on work about the use and abuse of power. He has also been a political commentator for CNN.

What do you think about Carl Bernstein’s net worth? Leave a comment below.