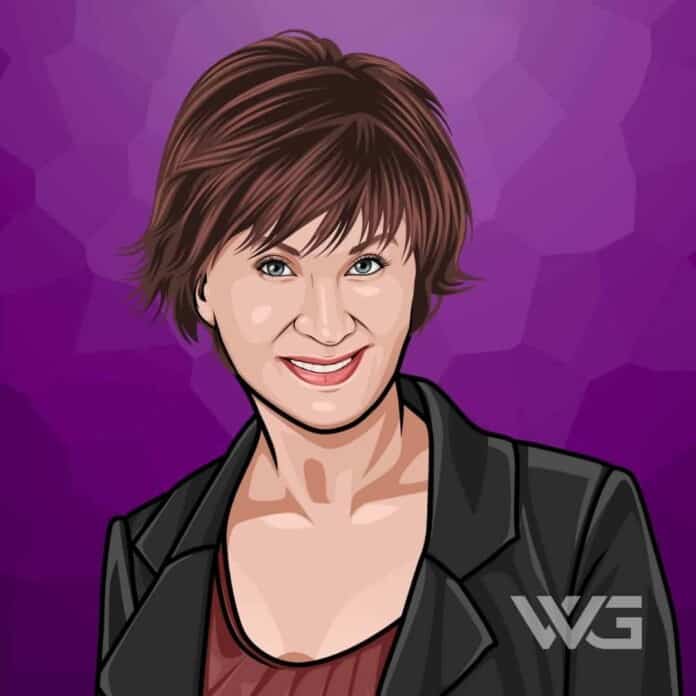 What is Janet Evanovich’s net worth?

Janet Evanovich is an American writer.

She gained fame authoring a series of contemporary mysteries featuring Stephanie Plum, a former lingerie buyer from Trenton, New Jersey, who becomes a bounty hunter to make ends meet after losing her job.

Janet Evanovich was born on the 22nd of April, 1943, in South River, New Jersey. Evanovich is the daughter of a machinist and a housewife. After she attended South River High School, she became the first in her family to attend college.

When Evanovich had children, she chose to become a housewife like her mother. In her thirties, she began writing novels. To learn the art of writing dialog, Evanovich took lessons in improv acting.

Evanovich had children and decided to become a housewife. She started writing novels in her 30s and took improv acting lessons. She spent 10 years working on the Great American Novel.

Evanovich was encouraged to start writing romance novels. She received an offer for a romance novel for $2000. The novel ‘Hero at Large’ was published under the pseudonym Steffie Hall in 1987.

Evanovich is known for her humor in her romance novels. She found she had an interest in romantic adventure novels from the first-person narrative. In 1994, she published ‘One for the Money.’ She has won a Quill Award and a Dilys Award.

Her book ‘Hot Six’ was her first New York Times Bestseller List. She has written 21 books for her Stephanie Plum Series. She has also written the ‘Elsie Hawkins,’ ‘Wicked,’ ‘The Barnaby,’ Full Series with ‘Charlotte Hughes’, and ‘Fox & O’Hare’ Series with Lee Goldberg.

In 2004, Evanovich launched another series with Metro Girl. The book debuted at the second spot on the New York Times Best Seller List. She worked with Stephen J. Cannell on a book titled ‘No Change’ which was to be the first book in a new series. In 2007, the book was canceled.

Here are some of the best highlights of Janet Evanovich’s career:

“When I was six years old, I sprinkled sugar on my head, convinced myself it was pixie dust, wished myself invisible, and walked into the boys’ bathroom at school.” – Janet Evanovich

“Personally, I’m a lazy kind of guy, and leaving the door open on the mystical saves me work. I don’t have to stress my brain trying to explain the unexplainable. It’s magic. End of discussion.” – Janet Evanovich

“Romance novels are birthday cake, and life is often peanut butter and jelly. I think everyone should have lots of delicious romance novels lying around for those times when the peanut butter of life gets stuck to the roof of your mouth.” – Janet Evanovich

“My father hired you to protect me,” Ahmed said, “not to go off chasing men.” Grandma leaned forward, keeping her eye on the Taurus. “We think this guy killed Fred.” “Who’s Fred?” “My uncle,” I told him. “He’s married to Mabel.” “Ah, so you’re avenging a murder in the family. This is a good thing.” – Janet Evanovich

“I know what you’re thinking,” Grandma said into the silence. “Do I have any more bullets in this here gun? Well, with all the confusion, what with being locked up in a refrigerator, I plumb forgot what was in here to start with. But being that this is a 45 magnum, the most powerful handgun in existence.” – Janet Evanovich

Now that you know all about Janet Evanovich’s net worth and how he achieved success; let’s take a look at some of the lessons we can learn from him:

The best we can do is prioritize our needs and make choices accordingly.

As writers, we all have an agenda, but if you recognize that agenda in a book, then you’ve failed.

Writing a graphic novel is hard. It feels closer to a screenplay than to a novel.

How much is Janet Evanovich worth?

Janet Evanovich’s net worth is estimated to be $140 Million.

How old is Janet Evanovich?

How tall is Janet Evanovich?

Janet Evanovich is an author who is best recognized as the author of the Stephanie Plum novels.

They all have become bestsellers. Evanovich has written over 35 novels to date. She focuses on the action-adventure genre now and is currently working on three different series. She studied art at Douglass College and became the first in her family to attend college.

What do you think about Janet Evanovich’s net worth? Leave a comment below.