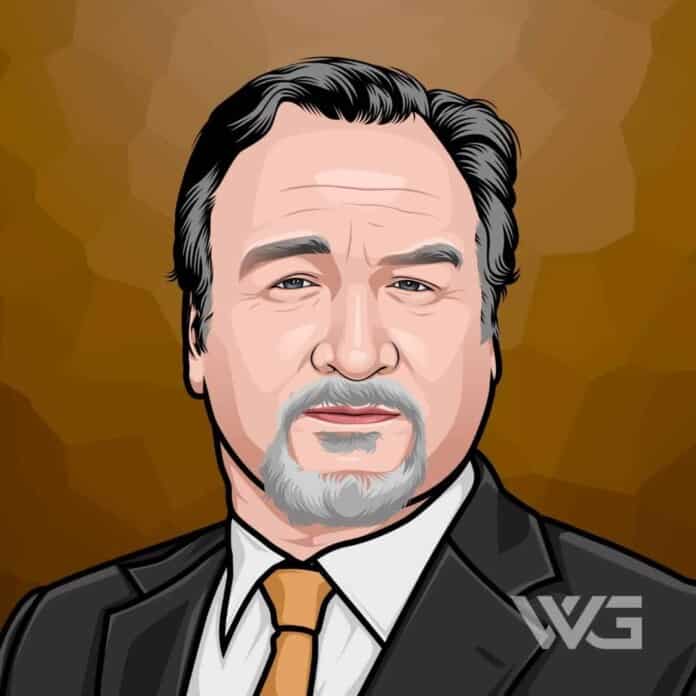 What is Jim Belushi’s net worth?

Jim Belushi is an American actor and comedian.

Belushi is best known for his role on the sitcom ‘According to Jim’. Some of his other television roles include ‘Saturday Night Live,’ ‘Wild Palms,’ ‘Aaahh!!! Real Monsters’, ‘Show Me a Hero’ and ‘Twin Peaks’.

He has also appeared in films such as ‘Thief,’ ‘Trading Places,’ ‘About Last Night,’ ‘Salvador,’ ‘The Principal’ and ‘Red Heat’.

As of February 2023, Jim Belushi’s net worth is estimated to be roughly $50 Million.

He is the son of Adam Anastos Belushi and Agnes Demetri Belushi. He was raised in Wheaton, a Chicago suburb, along with his three siblings.

After graduating in 1972, he attended the College of DuPage, and graduated from Southern Illinois University Carbondale with a bachelor’s degree in Speech and Theater Arts.

In 1983, he co-starred in ‘Trading Places’ and joined the cast of ‘Saturday Night Live.’  Belushi appeared in the films ‘The Man with One Red Shoe’, ‘Little Shop of Horrors,’ ‘Jumpin’ Jack Flash’ and ‘Real Men.

In 2006, Belushi released the book ‘Real Men Don’t Apologize.’ He played Nick Morelli on the series ‘The Defenders’ from 2010 to 2011, and he performed on Broadway as Harry Brock in ‘Born Yesterday’.

Since then, we have seen him in movies such as ‘The Ghost Writer,’ ‘New Year’s Eve,’ ‘Home Sweet Hell,’ and ‘The Whole Truth.’ He played Bradley Mitchum on the 2017 ‘Twin Peaks’ revival.

As of February 2023, Jim Belushi’s net worth is estimated to be roughly $50 Million

How Does Jim Belushi Spend His Money?

Belushi spends some of his money on real estate and charity work.

Here are some of the best highlights of Jim Belushi’s career:

“I like to consider myself a star – a star, that when you look in the sky, it’s always there. And on a clear night… a shooting star comes by, and get a little thrill, and you make a little wish. You need both types of stars, the shooting and the constant stars. The heavens include them all.” – James Belushi

“In the old days, you would have one lawyer to handle everything: speeding tickets, buying a house, contracts, litigation, real estate, copyrights, leasing, entertainment, intellectual property, forensic accounting, criminal offenses… the list goes on.” – James Belushi

“I’ve done movies with Oliver Stone and Michael Mann. And I’ve done quite a few dramas in my time, from the theatre to film work. I just think the audience is used to seeing me on ‘Saturday Night Live,’ and ‘K-9,’ and ‘Curly Sue’ and of course, ‘According to Jim.’ I think that my comedies have been the most popular.” – James Belushi

“Doing a sitcom is like doing a play – you rehearse for three or four days, and then you shoot what you rehearsed on Friday night in front of an audience. An hour-long drama is like shooting a movie. You’re shooting 13-14 hour days. The endurance itself is different.” – James Belushi

“I don’t deal with death very well. My brother, John Candy, my dad, my mom, Brandon Tartikoff just a couple of weeks ago. I mean, you lose a lot of people in your life, and that’s one thing I am constantly working on – pain management.” – James Belushi

Now that you know all about Jim Belushi’s net worth and how he achieved success; let’s take a look at some of the lessons we can learn from him:

Enjoy your work, and have fun with your friends and family.

The trick is knowing what you want to do and then resolving to do everything you have to do to get there.

It’s all false pressure; you put the heat on yourself, you get it from the networks and record companies and movie studios. You put more pressure on yourself to make everything that much harder.

How much is Jim Belushi worth?

Jim Belushi’s net worth is estimated to be $50 Million.

How old is Jim Belushi?

How tall is Jim Belushi?

Jim Belushi is an American actor, comedian, singer, and musician who has had a long and successful career. He has appeared in more than 150 films and television shows. These include ‘Saturday Night Live,’ ‘According to Jim,’ ‘Trading Places,’ ‘About Last Night,’ ‘K-9’ and ‘Curly Sue’.

As of February 2023, Jim Belushi’s net worth is estimated to be roughly $50 Million.

What do you think about Jim Belushi’s net worth? Leave a comment below.