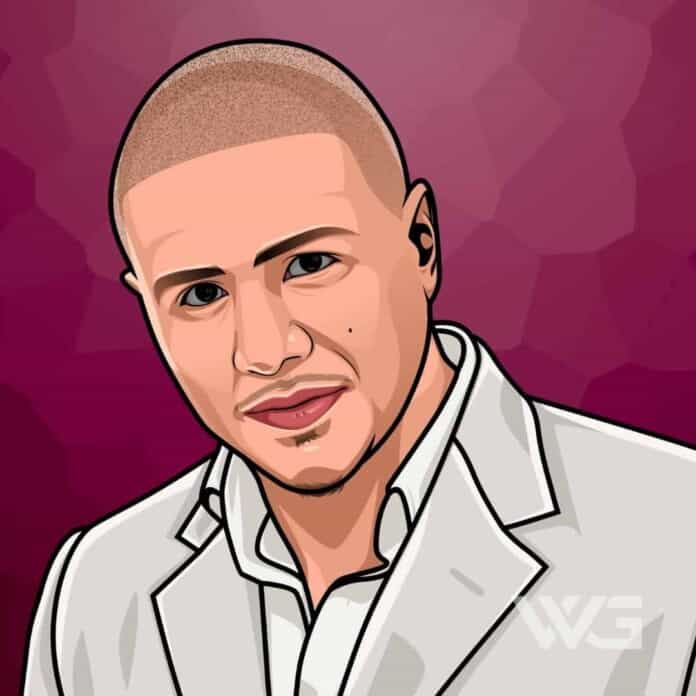 What is Fernando Vargas’ net worth?

Fernando Javier Vargas was born on the 7th of December, 1977, in Oxnard, California.

Vargas was trained by Eduardo Garcia and had an amateur record of 100-5.

In 1992, Vargas won the 132 lb. championships at the Junior Olympics Box-Offs 1992. He became the youngest fighter to ever win the U.S. He lost a controversial decision in the second round of the 1996 Atlanta Olympics. Vargas was scheduled to turn pro in November 1996.

However, while training for his debut bout, he broke his right hand.

In 1996, Vargas was selected to the U.S Olympic Team. The following year, his professional debut came when he defeated Jorge Morales in under a minute. In 1998 he won the IBF light middleweight championship.

In 2001, he had to serve 90 days of house arrest from an assault charge in 1999. He defeated Jose Alfredo Flores in 2001 to win the vacant WBA Light Middleweight title.

He rose to fame in one of his biggest fights. Vargas lost the title to Oscar De La Hoya in 2002 in Las Vegas. After the fight, he was drug tested and suspended for nine months due to steroid use.

Vargas had two fights with Sugar Shane Mosley in 2006. Vargas lost both fights to Mosley and lost his last fight to Ricardo Mayorga in 2007. He finished with a professional record of 26-5. In 2014, he and his family were part of the Mun2 reality series ‘Welcome to Los Vargas’.

Here are some of the best highlights of Fernando Vargas’ career:

“Was wondering why they stopped the fight. I was the one pushing the action, backing him into the ropes. I definitely want a rematch. Let’s see what he says.” – Fernando Vargas

“Didn’t think it was that bad. I could still see, and I wasn’t retreating. I would have stepped it up immensely if I thought they wanted to stop the fight. Was the one putting the pressure on him. When they stopped it, I thought they were breaking it up.” – Fernando Vargas

“I’m at the point in my life where I’m telling myself I’m not doing that do my body no more. I’m 27, and you can’t be going up and down like that because your body ain’t gonna go with you next time.” – Fernando Vargas

“I wasn’t worried. That’s the thing. If I were to see Shane on the other side of the ring with an eye like that, I would have gone for broke. He respected what I carry in my left and right hand. He was respecting me with one eye, AND I was still winning the fight.” – Fernando Vargas

“Absolutely, because who’s blown me out? The two fights and the third with Shane. The first fight back with Joval after a year and a half off from my back, and Joval hasn’t lost since he lost to me. Then I beat Castillejo who beat the guy that knocked out Ouma.” – Fernando Vargas

Now that you know all about Fernando Vargas’ net worth and how he achieved success; let’s take a look at some of the lessons we can learn from him:

Do or do not. There is no try.

Courage is like a muscle – we strengthen it by use.

How much is Fernando Vargas worth?

Fernando Vargas’ net worth is estimated to be $500 Thousand.

How old is Fernando Vargas?

How tall is Fernando Vargas?

Vargas was born in Oxnard, California. He was trained by Eduardo Garcia and had an amateur record of 100-5. Vargas won the 132 lb. championships at the Junior Olympics Box-Offs in 1992. Vargas became the youngest fighter to ever win the U.S. Championships.

What do you think about Fernando Vargas’ net worth? Leave a comment below.