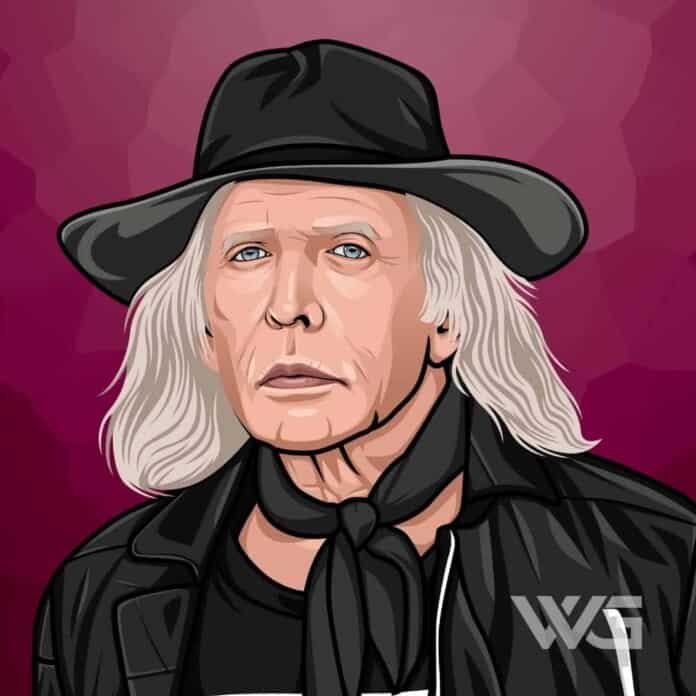 What is Jimmy Goldstein’s net worth?

Jimmy Goldstein is an American businessman.

Goldstein attendee over 100 NBA games each season, typically in courtside seats, including approximately 95 percent of home games for the Los Angeles Lakers and the Los Angeles Clippers.

He also travels to different cities to watch games. His passion for the NBA has been featured in USA Today, the Detroit Free Press, the Wall Street Journal, the Boston Globe, and ESPN the Magazine.

James F. Goldstein was born on the 5th of January, 1940, in Wisconsin.

Goldstein said he began watching NBA games as a 10-year-old.

When he was 15 years old, he was hired to keep game statistics by the Milwaukee Hawks. Since then, his entire life has been devoted to professional basketball. He graduated from Nicolet High School in Milwaukee, Wisconsin, where he played on the basketball team.

Goldstein has attended over 2,000 NBA games.

Goldstein claims to have no favorite team, despite his Lakers and Clippers season tickets.

In 2020, it was reported by the Hollywood Reporter that he made his money in mobile home parks by “packaging groups of properties into investment vehicles and then suing municipalities.

He worked closely with Lautner and Duncan Nicholson, who took over after Lautner’s death in 1994. Nicholson is now the chief architect.

How Does Jimmy Goldstein Spend His Money?

Jimmy Goldstein spends some of his money on real estate.

Goldstein is best known for his Hollywood Hills house.

The house called the “Sheats Goldstein Residence” was designed by famous architect John Lautner. It was built in 1963. Jimmy purchased it in 1972 for $185,001. That’s the same as $1 million in today’s dollars.

Here are some of the best highlights of Jimmy Goldstein’s career:

“No matter what the taste of people is, whether they like contemporary architecture or not when they come through this house, their mouths drop open, and they all seem to love it.” – Jimmy Goldstein

“She was hilarious and very bright. But she had a little bit of a drinking problem, and she’d get pretty crazy at night. It was a very exciting experience for me, though I was still in college, I had just moved to L.A., and I had never had any contact with Hollywood glamour.” – Jimmy Goldstein

“Because of my involvement in the fashion world and all the fashion shows I attend, I’ve definitely developed a preference for tall, slender models. You live in New York, where there are so many models, but I’ve found that the rest of the United States doesn’t have the same appreciation for the tall, slender figures I love.” – Jimmy Goldstein

“I started at Stanford and was very good at mathematics. So I started out studying that and physics. But I decided that was really not what I wanted to do with my life, so I got into economics and finance and eventually ended up in the investment field here in California.” – Jimmy Goldstein

“The initial motivation for buying the house was that I had gotten an Afghan hound—Natasha, the love of my life—and those dogs love to run. She was cooped up in my high-rise apartment, so I decided I had to find a property with more room.” – Jimmy Goldstein

“I really didn’t know what I wanted to do. Growing up, basketball was probably foremost on my mind. I did want to be a professional basketball player, but I didn’t think I was good enough, so I didn’t take that too seriously.” – Jimmy Goldstein

Now that you know all about Jimmy Goldstein’s net worth and how he achieved success; let’s take a look at some of the lessons we can learn from him:

Nothing will get better if you have negative thoughts.

Life is tough. You need

There is a lot of opportunities out there. Get out and go for it.

How much is Jimmy Goldstein worth?

Jimmy Goldstein’s net worth is estimated to be $350 Million.

How old is Jimmy Goldstein?

How tall is Jimmy Goldstein?

Goldstein was born in Milwaukee, Wisconsin. His father owned a department store in Racine called Zahn’s. After graduating, he joined a company called Rammco Investment Corporation. Rammco made a fortune in the late 60s buying cheap farmland on the outskirts of LA then developing it into neighborhoods.

What do you think about Jimmy Goldstein’s net worth? Leave a comment below.