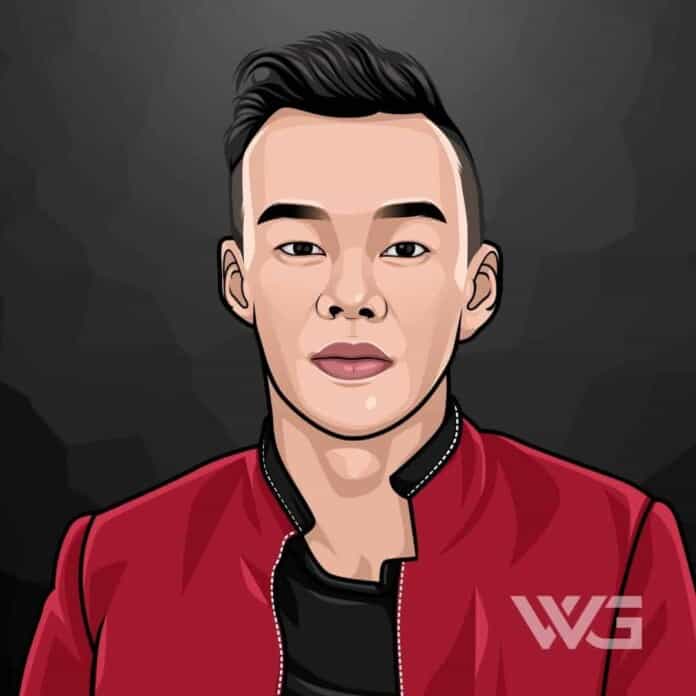 What is Kane Lim’s net worth?

Kane Lim is a reality TV star. Lim has described himself as a real estate developer and investor.

Lim rose to fame after appearing in ‘Bling Empire’ show. He is a Singaporean businessman who was born in 1989. He hails from Singapore.

Lim currently resides in the U.S. His birth sign is Sagittarius.

In 2013, Lim graduated from the Fashion Institute of Design & Merchandising 2013. He is a Singaporean businessman ad reality TV star who has appeared on Netflix’s popular reality series ‘Bling Empire’.

Lim started his own business when he was 17 years old.

He owned his first million at the age of 20. He calls himself an entrepreneur, real estate developer, investor, and philanthropist on his Instagram page. Based in Los Angeles, he focuses on the investment of his family business.

His main passion is fashion. In his Instagram feed, we get to see into his fabulous wardrobe, which includes hard-to-find diamond-embellished watches from Audemars Piguet and the latest wares from brands like Dior and Balenciaga.

In 2021, Lim joined the cast of Netflix’s new reality series ‘Bling Empire.’ It followed a wealthy group of Asian and Asian American friends in Los Angeles. He rose to fame through the show. Growing up, he was not pampered like other wealthy kids back in Singapore.

Instead of being chauffeured to school each day, his father forced him to use public transportation. The family reportedly owns shopping malls and office buildings.

In 2019, Lim told an interviewer that he began investing in stocks at the age of 17. He used a loan from his father and paid it back within two months. Today Kane is investing his fortune in Los Angeles real estate.

How Does Kane Lim Spend His Money?

Kane Lim spends his money on expensive shoes and jewelry.

Kane’s shoe collection has been reported as being worth $365,000.

Lim loves jewelry, and he has been seen wearing some of the most expensive jewelry in the world.

Here are some of the best highlights of Kane Lim’s career:

“I loved the film. When my friends first invited me to the premiere, I was like, ‘I’m not going. I don’t want to watch a crazy rich show. I just thought that the connotations of being rich could come off as very negative, obnoxious, rude, and in your face.” – Kane Lim

“Singapore represents a multicultural, all-embracing, melting pot of people. I grew up with Indians, Malays, Chinese, Caucasians, African-Americans. I really appreciate that upbringing. The country is also really accepting in terms of religion.” – Kane Lim

“A lot of the population are not doing well, especially during Covid, and that’s why I think we should do our part to help. I always advocate charity on my Instagram and social media. My parents have always been advocates for non-profits, and we support one that helps a thousand patients a day for free medical needs.” – Kane Lim

“I think in Buddhism, letting go of things doesn’t mean you have to let go of the current moment completely. “You can own it, but you don’t have a fear of losing it. So if I lose something today, I have to be able to let that go. It doesn’t mean I have to throw my material stuff away. What Buddhism teaches you is not to have the idea of grasping it too tightly.” – Kane Lim

“She thanked me for highlighting Buddhism. It’s a religion that is so passive that people don’t really talk about it. She said [through] the way I had expressed it, I had made Buddhists proud. I am so happy that it came across that way.” – Kane Lim

“Actually, I feel that brands want to partner more with Asian influencers and people right now, especially during this time. I was on the phone with LMVH and Dior, and my friend and fellow Bling Empire star Kevin posed a question asking what they are doing to highlight Asian representation and to show that they support the community.” – Kane Lim

Now that you know all about Kane Lim’s net worth and how he achieved success; let’s take a look at some of the lessons we can learn from him:

Always keep in mind to have a backup plan, it might not always go as you want. What’s your next step?

Be proud of what you have achieved in life, and be kind to people going in the same direction as you. We all have a different journey.

How much is Kane Lim worth?

Kane Lim’s net worth is estimated to be $20 Million.

How old is Kane Lim?

How tall is Kane Lim?

Thought it should be noted that he is reputed to come from a family back in Singapore that is worth billions thanks to investments in shopping malls, commercial real estate, oil, and tankers in South East Asia.

What do you think about Kane Lim’s net worth? Leave a comment below.