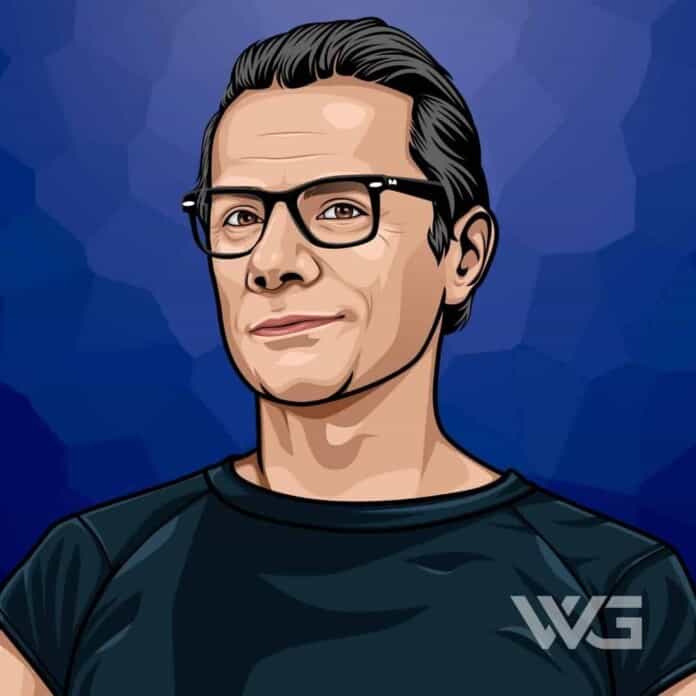 What is Larry Mullen Jr.’s net worth?

Larry Mullen is an Irish musician and actor.

Mullen is best known as the drummer and co-founder of the rock band U2. Some of his most notable contributions to the U2 catalog include ‘Sunday Bloody Sunday’, ‘Pride (In the Name of Love)’, ‘Where the Streets Have No Name’, ‘Zoo Station,’ ‘Mysterious Ways’, and ‘City of Blinding Lights’.

As of December 2022, Larry Mullen’s net worth is estimated to be roughly $300 Million.

Lawrence Joseph Mullen Jr. was born on the 31st of October, 1961, in Ireland.

He lived in Artane, Dublin, until his twenties. His father was a civil servant, while his mother was a homemaker. He has an elder sister and had a younger sister, who died in 1973.

Mullen attended the School of Music in Chatham Row to learn piano at the age of eight and then began drumming in 1971 at the age of 9, under the instruction of Irish drummer Joe Bonnie. Before founding U2, he joined a Dublin marching band called the Artane Boys Band.

The band changed its name and members, eventually becoming the 4-piece U2 combo (Bono, The Edge, Clayton, Mullen, Jr.) they are today.

Together with the band, he has won around 60 rewards, including 22 Grammy awards. In addition to his work with his bandmates, Mullen Jr has also worked on numerous side projects.

Some of the projects he has been working on include Michael Stipe and Mike Mills of R.E.M. to form ‘Automatic Baby’ in 1993, as well as working with Adam Clayton on the re-recording of the theme of the movie ‘Mission Impossible.

Mullen is unmarried, and he has been living with the mother of his three children, Ann Acheson, for more than 30 years. He keeps a low profile, and he has allowed the other band members to spotlight interviews. It is known that he loves Harley Davidson motorcycles and is a big fan of Elvis Presley.

As of December 2022, Larry Mullen Jr.’s net worth is estimated to be roughly $300 Million.

How Does Larry Mullen Jr. Spend His Money?

Larry Mullen Jr. has spent some of his money on real estate and charity work.

The band is actively involved in improving human rights worldwide with organizations such as Make Poverty History, Live 8, and Bono’s DATA campaign.

Here are some of the best highlights of Larry Mullen Jr.’s career:

“We all have views on what our Irishness means to us. Two members of the band were born in England and were raised in the Protestant faith. Bono’s mother was Protestant, and his father was Catholic. I was brought up Catholic. U2 are a living example of the kind of unity of faith and tradition that is possible in Northern Ireland.” – Larry Mullen, Jr.

“When you’re in the music business, everything is very personal, because you are invested in everything; there’s a very deep, personal attachment to your music.” – Larry Mullen, Jr.

“It’s a tough life being a pop star. You know, at the end of the day when you’ve paid all the bills and put the kids through college and that, you know, there’s only enough left for a small island off the South Pacific.” – Larry Mullen, Jr.

“Then Bono arrived, and he meant to play the guitar, but he couldn’t play very well, so he started to sing. He couldn’t do that either. But he was such a charismatic character that he was in the band anyway, as soon as he arrived. I was in charge for the first five minutes, but as soon as Bono got there, I was out of a job.” – Larry Mullen, Jr.

Now that you know all about Larry Mullen Jr.’s net worth and how he achieved success; let’s take a look at some of the lessons we can learn from him:

Relevance, for Mullen Jr., is about being creative and doing things that you believe in, whether that’s music or acting or painting a picture, or whatever that is.

3. We Need To Challenge Ourselves

We need to be creative, on the cutting edge, challenged, and it’s really hard going. It’s relentless, relentless, and we have a history of breaking engineers and producers.

How much is Larry Mullen Jr. worth?

Larry Mullen Jr.’s net worth is estimated to be $300 Million.

How old is Larry Mullen Jr.?

How tall is Larry Mullen Jr.?

Larry Mullen is an Irish musician and drummer for the rock band U2. Mullen started drumming in 1970 when he was 9 years old, under the instruction of the well-known Irish drummer Joe Bonnie.

As of December 2022, Larry Mullen’s net worth is estimated to be roughly $300 Million.

What do you think about Larry Mullen Jr.’s net worth? Leave a comment below.