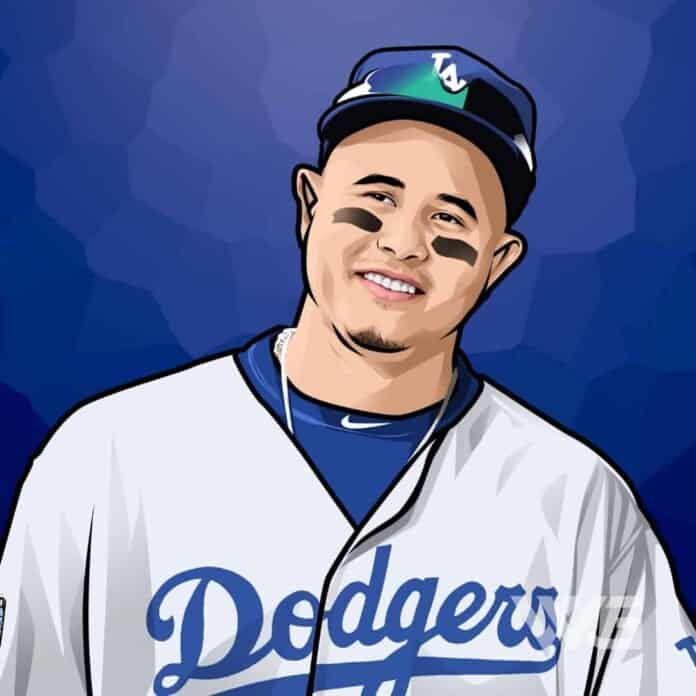 What is Manny Machado’s net worth?

He plays for the San Diego Padres of MLB. Very highly recruited from an early age, he was raised in Miami, where he attended Brito High School and was drafted by the Baltimore Orioles with the third overall pick in the 2010 Major League Baseball draft.

As of January 2023, Manny Machado’s net worth is estimated to be roughly $50 Million.

Manuel Arturo Machado was born on the 6th of July, 1992, in Miami, Florida.

He was raised by his mother, Rosa Machado, his grandfather, Francisco Nunez, and his uncle, Geovanny Brito. He is of Dominican heritage.

Machado attended Brito Miami Private School in Miami and committed to attend Florida International University. He grew up a fan of the Miami Marlins.

One of the many prospects who pundits believed would be among the early picks in the 2010 MLB draft was Manny Machado.

And just as many believed, Machado was selected as the Baltimore Orioles, third overall pick.

In August 2010, with few minutes remaining before the deadline for signing players for the new season, Machado penned a $5.25 million deal with the Baltimore Orioles. Following his signing, Machado went on to play for various minor leagues. He first played for the Gulf Coast League Orioles, whom he debuted for in August 2010.

Following his stint with the franchise in the 2010 season, Machado commenced the 2011 season with the Delmarva Shorebirds in the South Atlantic League. After securing 5 home runs, he was awarded SAL Player of the Week in the last week of April 2012.

In 2014, he returned to action. Through the season, Machado continued in good form. Machado was suspended for 5 games and earned fines for throwing his bat toward Oakland player Fernando Abad, who threw two successive inside pitches.

He became the second MLB player to record a home run in the first three innings against the White Sox. At the end of the season, Machado, who played in 157 games, had 96 runs and 37 home runs. In 2017, he signed a deal with the Orioles, worth $11.5 million.

As of January 2023, Manny Machado’s net worth is estimated to be $50 Million.

How Does Manny Machado Spend His Money?

Manny Machado spends some of his money on his expensive mansion.

Machado owns a massive mansion in Coronado. It comes with 8 bedrooms and 11 bathrooms. He purchased it for $10 million.

Here are the best highlights of Manny Machado’s career:

“I can’t tell you how much it means for the Dodgers’ front office, who were already winning without me, to bring me over to help win a championship. Hopefully, I can help deliver that. ” – Manny Machado

“Obviously, getting traded halfway through the year is always tough. New faces, new teammates, guys you played against but don’t know on a personal level.” – Manny Machado

“I’m not going to lie: it’s tough. There were a couple of games where you’re down, and you’re in a really dark place, and you don’t know if you’re ever going to come out of it. You realize, ‘Hey, I’m having a bad day,’ but you realize there are people out there having worse days.” – Manny Machado

“I’m not the type of player that’s going to be Johnny Hustle and run down the line and slide to first base. That’s not my personality. Not my cup of tea. That’s not who I am.” – Manny Machado

Now that you know all about Manny Machado’s net worth and how he achieved success; let’s take a look at some of his best lessons that we can learn from him:

Success is simple. Do what’s right, the right way, at the right time.

2. Don’t Forget Where You Came From

The biggest thing is, Machado can never forget where he comes from. That’s why he wears Miami on his sleeve. He never forgets where he grew up.

Try to be on every pitch, try to be in the moment, and try to think every ball’s going to come at you, no matter if it’s not, but try to get that mindset going.

How much is Manny Machado worth?

Manny Machado’s net worth is estimated to be $50 Million.

How old is Manny Machado?

How tall is Manny Machado?

Manny Machado is a Dominican American professional baseball player drafted by the Baltimore Orioles in the 2010 draft.

His 2019 deal will pay an average of $30 million per year, making him one of the 10 highest-paid athletes on the planet.

As of January 2023, Manny Machado’s net worth is approximately $50 Million.

What do you think about Manny Machado’s net worth? Leave a comment below.

What is Alyson Stoner's net worth? Introduction  As of ,...