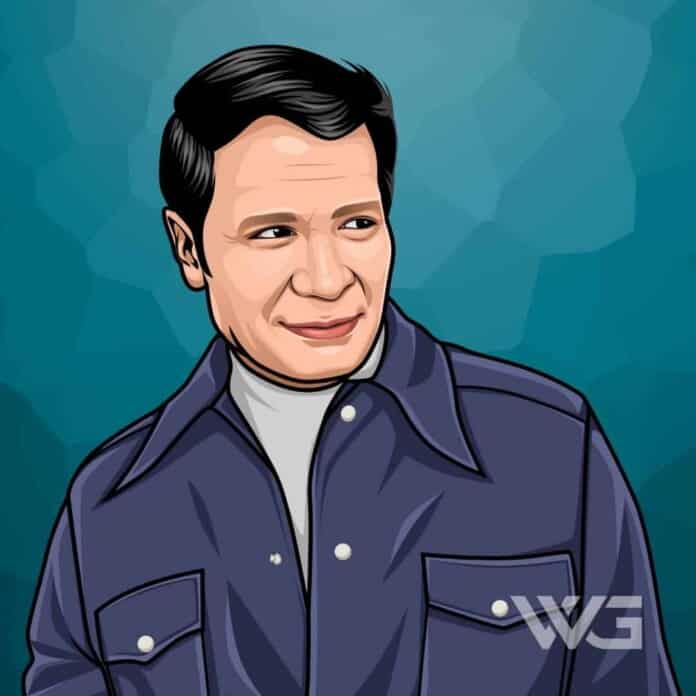 What is Jim Jones’ net worth?

Jim Jones is an American rapper and record executive.

Jones is an original member of hip hop collective, the Diplomats. He is also the co-CEO of Diplomat Records, alongside longtime friend and fellow Harlem-bred rapper, Cam’ron. Jones is a noted music video director under the name CAPO.

His mother, Nancy Jones, is African American. His father, Joseph Guillermo Jones, was Puerto Rican. He was raised by his maternal grandmother.

Jones attended Catholic school but later began skipping church to play music at the train station. He has told his story about growing up with fellow rapper FReekey Zekey in ‘Jim Jones’ The Come Up DVD, Vol. 19′.

Jones is the co-CEO of Diplomat Records with Cam’ron. Jones uses the pseudonym CAPO as a music video director and has directed for Cam’ron, Remy Ma, and Juelz Santana. In 2004, Jones released his solo debut studio album ‘On My Way to Church.’

Jones has appeared in the film ‘State Property 2’ and on episodes of ‘The Wire and Crash: The Series.’ He also appeared on the VH1 reality show ‘Love & Hip Hop.’

He has also released the album ‘The Rooftop’ with DJ Webstar in 2009. From 2012 to 2013, he starred in the television series ‘Chrissy & Mr. Jones’ with Chrissy Lampkin.

Jones formed ByrdGang and ByrdGang Records and released ‘M.O.B.: The Album’ in 2008, which reached #29 on the Billboard 200 chart.

Here are some of the best highlights of Jim Jones’ career:

“I don’t think too many people in New York understand how nice Fred was. He was one of the few who didn’t get his flowers when he was supposed to. One of these labels was supposed to scoop him up, help him get a dope ass deal, and make an incredible album because he had the mindset and flow to go with it when it came to making music.” – Jim Jones

“Hard work. Being determined and being dedicated. Not taking no for an answer. I refuse to be told I can’t do something. Every time I had an opportunity, I grabbed it with both hands. I tried to be smart and make calculated moves.” – Jim Jones

“Longevity is being able to persevere and reinvent yourself. Staying relevant in a time where the music is changing. It seems to be getting younger, and the sound of it is changing from what we have known in the past era and things like that.” – Jim Jones

“At this point, I’ve been told my music is aging like fine wine. I guess it’s time to open up a couple of bottles and see what the wine tastes like. It’s not over. Let’s have a wine tasting test. But you know, music is a passion of mine.” – Jim Jones

“Everything is lovely, man. Free Juelz Santana. He’s away at school right now, you know, working on himself. He’ll be back out stronger and smarter. We can’t wait for him to touch down. It’s going to be a party. Shoutouts to Cameron and Freekey Zeekey. It’s a brotherhood. If you had any brothers, you know brothers go through ups and downs.” – Jim Jones

Now that you know all about Jim Jones’ net worth and how he achieved success; let’s take a look at some of the lessons we can learn from him:

The purpose of our lives is to be happy.

3. Have a Good Mindset

We become what we think about.

How much is Jim Jones worth?

Jim Jones’ net worth is estimated to be $400 Thousand.

How old is Jim Jones?

How tall is Jim Jones?

Jim Jones is an American hip-hop artist who was born in The Bronx. Jones started as a hype man for rapper Cam’ron and was a member of the hip hop group, The Diplomats.

The Diplomate released albums in 2003 and 2004. Their album ‘Diplomatic Immunity was certified Gold and hit #1 on the U.S. R&B chart.

What do you think about Jim Jones’ net worth? Leave a comment below.