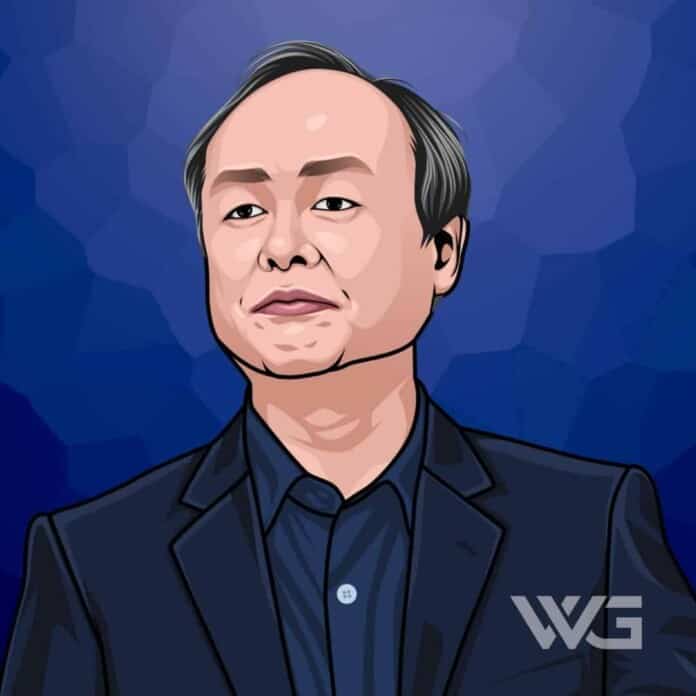 What is Masayoshi Son’s net worth?

Masayoshi Son is a Japanese billionaire entrepreneur, investor, and philanthropist.

Son was a 3rd generation “Zainichi Korean,” he naturalized as a Japanese citizen in 1990. Son is the founder and CEO of the holding company SoftBank. He is one of the richest men in Japan.

As of November 2022, Masayoshi Japan’s net worth is estimated to be roughly $30 Billion.

He is a 3rd generation “Zainichi Korean,” ethnic Korean with permanent residency or citizenship in Japan.

Son’s grandfather is Son Jong-Kyung, and his father is Son Sam-Heon. His father worked as a fish dealer and pig farmer. When the son was young, Son was so poor that he lived with pigs and sheep.

Son started his business career when he created an electronic translator sold to Sharp Corporation for $1.7 million.

He made another $1.5 million by importing the video game machines from Japan. He installed them in dormitories and restaurants.

Japan, in which he still owned a controlling interest. After a severe devaluation of SoftBank’s equity, Son was forced to focus his attention on Yahoo! BB and BB Phone.

Yahoo! is now Japan’s leading broadband provider. In 2020, Son stepped down from the Alibaba board. In 2016, SoftBank announced plans to acquire Arm Holdings, the largest-ever purchase of a European technology company.

A few years later, SoftBank Group agreed to sell U.K. chip designer Arm Limited to U.S. chipmaker Nvidia in a cash and stock deal worth up to $40 billion.

The sale of Arm, which SoftBank bought in 2016 for $31 billion, is the latest in a string of major asset sales by the Japanese conglomerate. Announcing the deal, SoftBank said the combination of Arm and Nvidia would create a computing company.

As of November 2022, Masayoshi Son’s net worth is estimated to be roughly $30 Billion.

How Does Masayoshi Son Spend His Money?

Masayoshi Son spends some of his money on real estate.

Here are some of the best highlights of Masayoshi Son’s career:

“People usually compare the computer to the head of the human being. I would say that hardware is the bone of the head, the skull. The semiconductor is the brain within the head. The software is the wisdom. And data is the knowledge.” – Masayoshi Son

“When employees handle daily routines within their abilities, they are doing nothing more than a simple task. But putting workers in a totally unfamiliar environment, giving them a mission and asking them to use absolutely any means necessary to bring their company to a new level of growth — this can really challenge and inspire them.” – Masayoshi Son

“My philosophy is that the digital revolution will make mankind happier and more productive, and that won’t change over the next 300 years. If you don’t stick to that original philosophy, even perfect control of a bunch of companies isn’t going to do you any good.” – Masayoshi Son

“Believe in the future and direction of the capability that ARM has. Go deep and build a better future, both for the company and its contribution to the industry. That’s what I want ARM to do: invest more in the future.” – Masayoshi Son

“If I could be said to have one noteworthy ability compared with the average person, it’s that I have a keen interest in reading the direction and timing of paradigm shifts.” – Masayoshi Son

Now that you know all about Masayoshi Son’s net worth and how he achieved success; let’s take a look at some of the lessons we can learn from him:

Those who rule data will rule the entire world.

How much is Masayoshi Son worth?

Masayoshi Son’s net worth is estimated to be $30 Billion.

How old is Masayoshi Son?

How tall is Masayoshi Son?

Masayoshi Son is a Japanese businessman.

Son patented and sold his first microchip while still in college for $1 million. He is best known for being the founder and CEO of SoftBank Capital and the CEO of SoftBank Mobile, which recently became Vodafone K.K. Son has been a US citizen since he was 16 years old.

In 1980, he graduated from Berkeley with a BA in economics.

As of November 2022, Masayoshi Son’s net worth is estimated to be roughly $30 Billion.

What do you think about Masayoshi Son’s net worth? Leave a comment below.