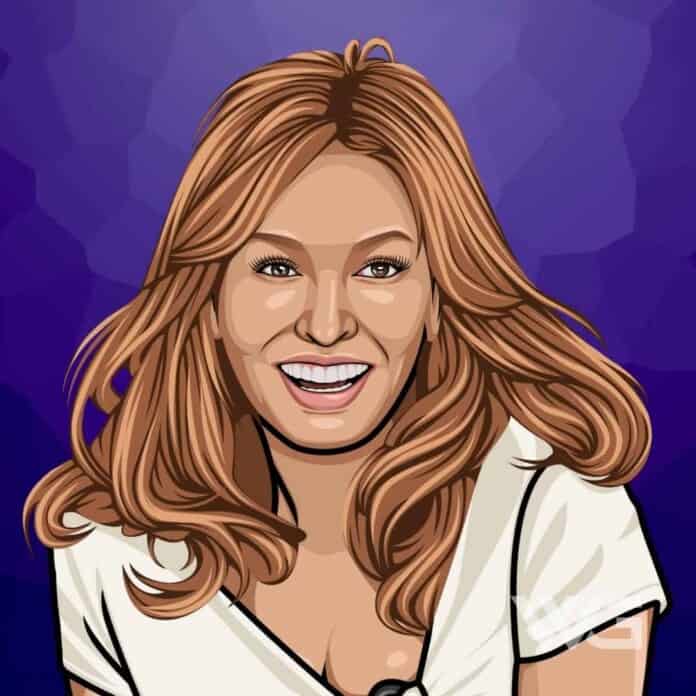 What is Raquel Welch’s net worth?

Raquel Welch is an American actress and singer.

Walch first won attention for her performance in ‘Fantastic Voyage.’ She signed a contract with 20th Century Fox, and they lent her deal to the British studio Hammer Film Productions.

Her doe-skin bikini became the best-selling poster that turned her into a worldwide sex symbol. Throughout her career, she has also starred in movies ‘Bedazzled’, Bandolero!’, ‘100 Rifles’, ‘Myra Breckinridge’ and ‘Hannie Caulder.’

Jo Raquel Tejada was born on the 5th of September, 1940, in Chicago. Tejada is the first child of Armando Carlos Tejada Urquizo and Josephine Sarah Hall. Her father, was an aeronautical engineer from La Paz, Bolivia.

She spent her formative years in San Diego. After graduating high school, she married her high school sweetheart and attended San Diego State College. She abandoned drama classes after getting a job as a weather forecaster.

Welch struggled to become more than just a sex symbol throughout the late 60s and 70s.

In an attempt to be taken more seriously, she took some notable, controversial roles. In the western movie ‘100 Rifles,’ her character had a love scene with NFL fullback turned actor Jim Brown.

Two years later, Welch starred in the movie ‘Myra Breckinridge’- The film received much criticism, and many people have called it the worst movie ever made. In addition to the film, there was a conflict between Welch and former sex icon of 1920s Mae West.

She became known for being hard to work with, and after the movie ‘Myra Breckinridge’ she enjoyed fame and accolades throughout the 70s. In 1975 she earned a Golden Globe for her role in ‘The Three Musketeers.’ She has been awarded the title of “Most Desired Woman.”

Welch starred in the Western television film ‘The Legend of Walks Far Woman in 1982.’ She was among the candidates considered for the role on the ABC prime time frame ‘Dynasty.’

In 2001, she had supporting roles in the comedy films ‘Legally Blonde’ opposite Reese Witherspoon and ‘Tortilla Soup.’ The following year, she starred in the series ‘American Family.’

How Does Raquel Welch Spend Her Money?

Raquel Welch has been in the movie industry for a long time, and she has defiantly made a fortune from her acting career and other endorsements.

Welch owns a lot of expensive jewelry. Some of her most notable pieces include a bangle bracelet, a cocktail ring, gemstone chandelier earrings, and a layered gold necklace.

Welch likes to drive around in lavish cars. One of her notable purchases includes a Ferrari 275 GTS.

Here are some of the best highlights of Raquel Welch’s career:

“My father came from a country called Bolivia. He was of Spanish descent. I never went to Bolivia until I was 60 years old, but apparently, when he was 17, he had already planned his entire academic curriculum to graduate high school and enter college in the United States. That’s how much he wanted to come to this country.” – Raquel Welch

“I think it’d be wonderful if we could train young girls to be active in lots of ways and that they then wouldn’t have to age at the same rate that they would if they were not more active. In other words, more physical fitness and not just the sporty kind, but the yoga, which is really important.” – Raquel Welch

“I don’t feel like, unless I have a boyfriend or somebody to march down the aisle with for the fifth time, that I’m ‘Oh, poor me.’ I’m not going to go running out desperately looking, making myself crazy and thinking that, without that, I’m nothing.” – Raquel Welch

“People used to come knocking on my door saying, ‘Your trouble is that you’re a sex symbol who doesn’t do enough sexy things.’ I’d say to myself, ‘You think that if you pressure me, I’ll fold.’ But if I did it, all it would mean is that I sold out.” – Raquel Welch

Now that you know all about Raquel Welch’s net worth and how she achieved success; let’s take a look at some of the lessons we can learn from her:

Once you get rid of the idea that you must please other people before you please yourself, and you begin to follow your own instincts – only then can you be successful. You become more satisfied, and when you are, other people will tend to be satisfied by what you do.

The mind can also be an erogenous zone.

How much is Raquel Welch worth?

Raquel Welch’s net worth is estimated to be $40 Million.

How old is Raquel Welch?

How tall is Raquel Welch?

Raquel Welch is a well-established actress and model who became the ultimate sex icon during the 1970s after appearing in an iconic deer skin bikini in ‘One Million Years B.C.’ Welch has a varied acting career with roles in feature films and shows.

She won a Golden Globe Award for Best Motion Picture Actress in 1974 for her amazing performance in ‘Right to Die.’ Empire Magazine featured Welch as one of the “100 sexiest stars in film history”.

Men’s Health ranked her om spot two in its “hottest woman of all time” list.

What do you think about Raquel Welch’s net worth? Leave a comment below.