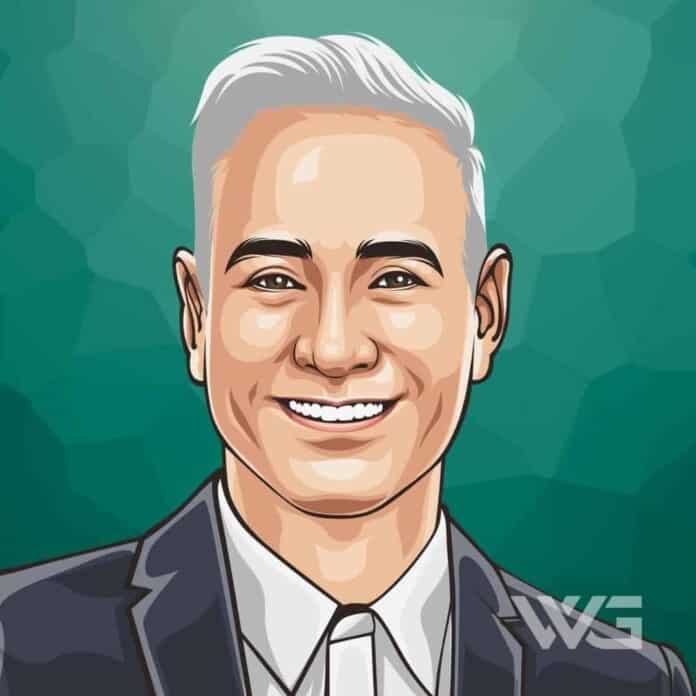 What is Roland Emmerich’s net worth?

Roland Emmerich is a German film director, screenwriter, and producer, widely known for his disaster films. He is the 11th-highest-grossing director of all time.

As of December 2022, Roland Emmerich’s net worth is approximately $200 Million.

Roland Emmerich was born on the 10th of November 1955, in Stuttgart, Germany. He grew up in West Germany’s Sindelfingen and hailed from a wealthy family, which enabled him to embark on frequent vacations across Europe.

His tryst with filmmaking happened early as he used to devour American and native German films in high volumes. He always wanted to achieve a bigger name and fame as a production designer, which made him get attracted to Hollywood.

Excited with the response he received for his student film, Roland Emmerich decided to start a film production company of himself, with the help of his sister. He borrowed money from his father, who happened to be a prolific businessman and laid the foundation of Centropolis Entertainment.

In order to appeal to Hollywood producers, he made his film in the English language, which was not usual for a German film. His intentions were clear; he wanted to flee to Hollywood on the first chance he got.

However, his most successful film in America was ‘Moon 44’, an English language science fiction film, which caught the attention of producer Mario Cassar, who contacted Roland and invited him over for a meeting.

His next venture ‘Independence Day’ became one of the highest-grossing American films of all times and the follow up to that, ‘Godzilla’ was also a mammoth box office success.

Here are some of the best highlights of Roland Emmerich’s career:

“The President of the United States has superstar status. He’s not a normal person, because he’s protected like no other person in the world and if this man’s life is in danger, the whole world is kind of in peril in a way because the leader of the free world could fall into the hands of terrorists.” – Roland Emmerich

“We have certain things where we know they exist or “everybody knows they exist,” but naturally nobody can photograph them, because they are so super-secret. For example, the PEOC, the Presidential Emergency Operations Center exists, but nobody knows how it looks, but it’s a so-called bunker where he can survive a nuclear attack.” – Roland Emmerich

“I was actually privately in the White House like invited by Clinton to screen ‘Independence Day,’ so I know how the private residence looks. I didn’t snap a picture, but I have a photographic memory and then I could take a guided tour in the West Wing.” – Roland Emmerich

“I always try to convince people that there has to be a lot of material about the subject matter, so they created a couple of pieces. One is about doomsday prophecies.” – Roland Emmerich

Now that you know all about Roland Emmerich’s net worth, and how he achieved success; let’s take a look at some of the lessons we can learn from him and his movie ‘2012’:

While he chose to spare Mecca (yep – Emmerich actually thought about leveling Allah’s favorite hot spot – and then living Salam Rushdie style – before cooler heads prevailed), St. Peter’s Basilica gets demolished – right in the middle of a prayer vigil for the planet. The best moment?

Michelangelo’s Sistine Chapel ceiling depiction of the Creator and his creation gets split down the middle – right in between the two outreached fingers. Talk about portents of hopelessness. Even the Big Guy is baling on mankind!

2. Nobody Cares About India – But They Do Care About Art!

Who cares if you make up one-sixth of the world’s population (and about 78% of the corporate community’s IT and customer service and tech support)?

If you live anywhere between Kashmir and Tamil Nadu, you’re screwed. No one is coming to rescue you, not even if you are instrumental in warning everyone about the impending apocalypse.

So just suck it up and drown. Of course, if you are the Mona Lisa or any number of famous canvases and sculptures, you get a one-way first-class ticket to rescue ark redemption.

3. How to Be the World’s Best Selling Author? Be the Last One Alive!

John Cusack moonlights as a limo driver because his last novel sold a whopping 400 copies. Yet chief US scientist Chiwetel Ejiofor loves the tome and brings it along with the rest of his effects once Armageddon comes knocking.

The result – Cusack becomes an instant literary hero, and the book’s physical presence among the last artifacts of human civilization guarantees him a “bigger than Oprah” push come eventual republication.

How much is Roland Emmerich worth?

Roland Emmerich’s net worth is estimated to be $200 Million.

How old is Roland Emmerich?

How tall is Roland Emmerich?

As of December 2022, Roland Emmerich’s net worth is estimated to be roughly $200 Million.

What do you think about Roland Emmerich’s net worth? Leave a comment below.