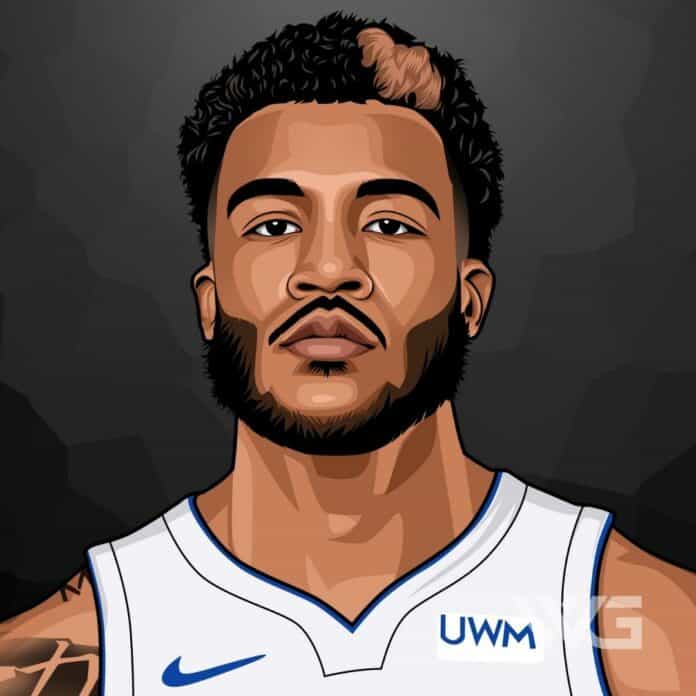 What is Saddiq Bey’s net worth?

Saddiq Bey started his basketball career in college with the Villanova Wildcats and has since joined the NBA as a member of the Detroit Pistons.

Although he has only been playing for the Pistons since 2020, he has already made a name for himself as one of their best players.

We certainly expect to see him continue to stand out on the court as he continues his already impressive career.

As of February 2023, Saddiq Bey’s net worth is estimated to be $5 Million.

Saddiq Bey was born April 9, 1999, in Charlotte, North Carolina. His mother, Drewana, was a former high school principal who played collegiate basketball at Charlotte on the 49ers women’s basketball team.

Growing up, he attended DeMatha Catholic High School for his freshman year before transferring to Sidwell Friends School in Bethesda, Maryland.

During this time, he played basketball, and by the time he was a senior, he was averaging 21 points and eight rebounds per game.

As a four-star recruit, Bey originally committed to North Carolina State before backing out and deciding to play for Villanova University instead.

In his debut game with Villanova, he earned 16 points and four rebounds, and within his first six games, he was averaging 16 points per game.

He was unanimously selected for the first-team All-Big East and won the Robert V. Geasey Trophy as the top player in the Philadelphia Big five during his last season with Villanova in 2020.

Following the 2019-20 season with Villanova, he entered himself in the NBA draft and officially started his career as a professional.

Saddiq Bey was selected 19th overall by the Brooklyn Nets during the 2020 NBA draft, but the following day, the Detroit Pistons acquired his rights in a three-team trade.

On December 1, 2020, the Pistons announced they had officially signed Bey, and he ended up being named the Eastern Conference Player of the Week in February of 2021.

He was able to score his current career-high 51 points in March 2022 in a game against the Orlando Magic. At the same time, he also earned nine rebounds, four assists, and three steals.

The same month, he became the first player in Pistons’ history to make 200 three-pointers in a single season, and he broke the franchise record of 191 set by Allan Houston.

Saddiq Bey may not be as wealthy as Dirk Nowitzki or Stephan Curry, but he has done remarkably well for himself in only a few short years.

While he isn’t one of the highest-paid players on the court, his salary has been steadily increasing every season, helping to boost his overall net worth.

He may not currently be playing for one of the richest NBA teams, but his salary has been significant nonetheless.

As he continues his career, it is very likely that he could become one of the richest NBA players in the world, so long as he doesn’t decide to retire early.

While Saddiq Bey is one of the most popular up-and-coming players in the NBA, little is known about his life off the court.

However, you can still find him on his official Instagram page, though he doesn’t post as often as some of the biggest stars in the industry.

That said, as his career continues, we expect to see much more of him online as he interacts with his growing fan base.

Like Chris Bosh and DeAndre Jordan, Saddiq Bey has achieved a lot during his career that is worthy of note.

While he has quite a few honors and awards under his belt, we’ve chosen his most significant to highlight.

Here are some of Saddiq Bey’s most important career awards and accomplishments:

Although he isn’t as decorated as Dikembe Mutombo, he has already earned a number of significant awards in a short period of time.

As he continues his career, it is very likely that we will see him earn many more honors for his talents in the future.

How Does Saddiq Bey Spend His Money?

Although Saddiq Bey can afford to live in any of the most expensive cities in the US, the hustle and bustle aren’t for him.

In fact, he’s much more likely to invest in one of the most expensive RVs in the world and retreat into the mountains!

Since early 2022, Bey has been renting a three-story Airbnb in the mountains of Boulder, Colorado, where he enjoys being as off-grid as possible.

While there has been no news about him buying his own luxurious mansion, we can imagine that when he does, it will be in a secluded area where he can hike and be outside whenever he wants.

Saddiq Bey has enjoyed a career filled with memorable moments, despite only playing for a handful of years.

While he has reached many important milestones, we’ve chosen to highlight the ones that have impacted his career the most.

Here are some of the best highlights of Saddiq Bey’s career:

He may not yet be as well-known as Vinnie Johnson, but he is quickly gaining recognition thanks to his impressive skills.

In the coming seasons, it is very likely that we will see him become one of the highest-praised players in the NBA, with many more milestones and records to his name.

There is a lot that we can learn from Saddiq Bey and his career as a professional player in the NBA.

Now that you know all about Saddiq Bey’s net worth, we can take a closer look at what he can teach us about reaching our own goals.

Here are some of the best success lessons to learn from Saddiq Bey:

1. Take Things One Step At A Time

You don’t want to overwhelm yourself by taking on too much at once because this means you’ll have less energy to put towards your goals.

Try to tackle things one step at a time so that you won’t get burned out before you’re able to make progress.

2. Rely On Your Team

Every successful person needs a team that they can rely on to help them out when they need it most.

No one can do everything on their own, so you should try to surround yourself with people whose skills complement your own. This way, they can help compensate for your own weaknesses.

It’s inevitable that you’re going to fail at one point or another, but what’s important is that you keep trying no matter what.

Every time that you fall down or get set back, pick yourself up and try again until you are able to succeed.

While it may take a couple of attempts, it will ultimately be worth it once you’ve come out on top.

Saddiq Bey has quickly become one of the most valuable players on the Detroit Pistons, and his career is only just getting started.

We wholly expect to see much more from him as he continues building his legacy and fortune.

Make sure to check back often so that you won’t miss any important updates impacting Bey’s wealth and ongoing career.

As of February 2023, Saddiq Bey’s net worth is estimated to be $5 Million.

What do you think about Saddiq Bey’s net worth? Leave a comment below.