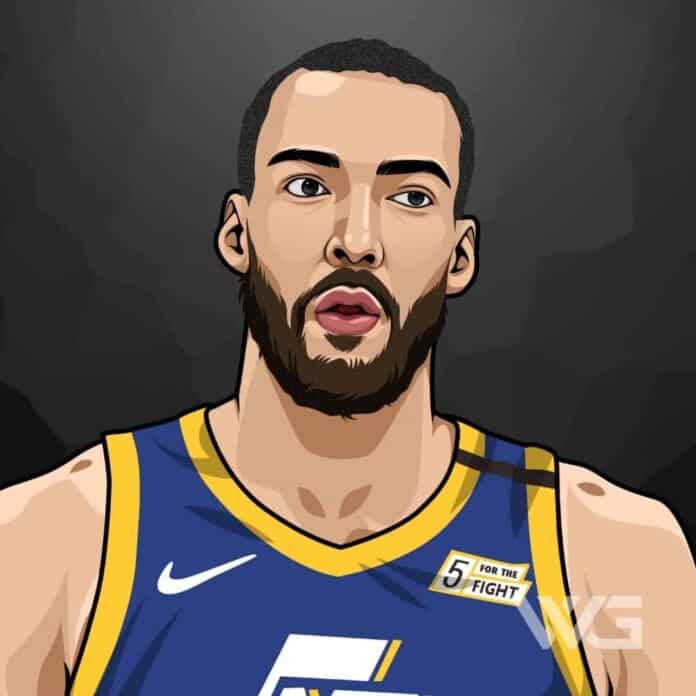 What is Rudy Gobert’s net worth?

Rudy Gobert is a French professional basketball player for the Utah Jazz of the NBA.

Gobert also represents the French national basketball team in international competitions. He was the NBA blocks leader in the 2016–17 season.

Rudy Gobert-Bourgarel was born on the 26th of June, 1992, in Saint-Quentin, Aisne.

He is the son of Corinne Gobert, and Rudy Bourgarel, a former professional basketball player from Guadeloupe who played for the French national team in the 1980s.

Raised in his native town, Gobert started playing basketball in 2003 for the JSC St-Quentin club, before later joining the Saint-Quentin Basketball club.

On October 31, 2016, Gobert signed a four-year, $102 million contract extension with the Jazz, which at the time made him the best-paid French athlete ever.

Four days later, he had 17 points, 14 rebounds, and a season-high six blocks in a 104–84 win over the Sacramento Kings. On January 10, 2017, in a win over the Cleveland Cavaliers, Gobert posted his franchise-best 25th consecutive game with 10-plus rebounds.

Here are some of the best highlights of Rudy Gobert’s career:

“This game was just to see how I was feeling, I feel great, and I’m not tired at all. Next game I’m probably going to play double the minutes.” – Rudy Gobert

Now that you know all about Rudy Gobert’s net worth, and how he achieved success; let’s take a look at some of the lessons we can learn from him:

Do the hard jobs first. The easy jobs will take care of themselves.

Developing a good work ethic is key. Apply yourself at whatever you do, work ethic will be reflected in everything you do in life.

Happiness is not in the mere possession of money; it lies in the joy of achievement, in the thrill of creative effort.

How much is Rudy Gobert worth?

Rudy Gobert’s net worth is estimated to be $40 Million.

How old is Rudy Gobert?

How tall is Rudy Gobert?

Rudy Gobert is a French professional basketball player who started his career for the Cholet Basket junior team.

Gobert was drafted #27 by the Denver Nuggets in the 2013 NBA Draft and was traded on draft night to the Utah Jazz where he has played since 2013. He has also played with the Bakersfield Jam of the NBA Developmental League.

As of November 2022, Rudy Gobert’s net worth is approximately $40 Million.

What do you think about Rudy Gobert’s net worth? Leave a comment below.