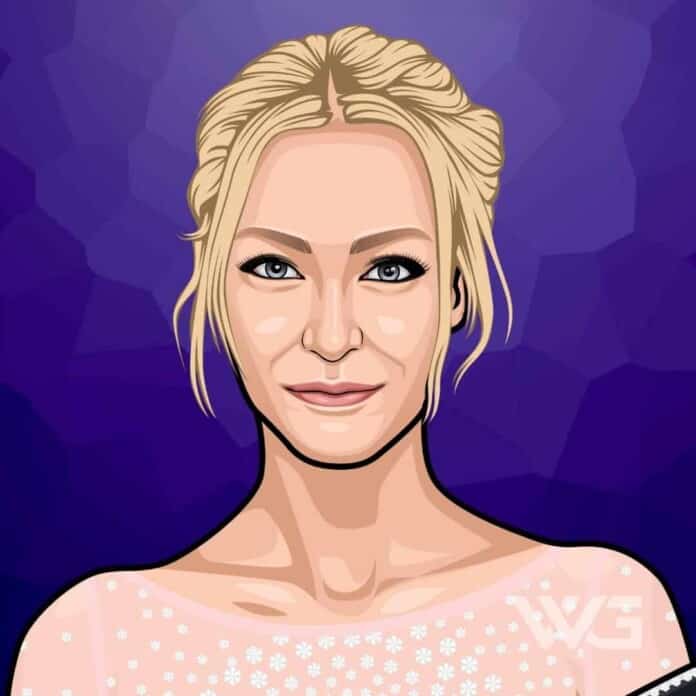 What is Sarah Harding’s net worth?

Sarah Harding is an English singer, model, and actress.

Harding rose to fame when she auditioned for the reality series ‘Popstars: The Rivals’. Harding won a place as a member of the girl group ‘Girls Aloud’. The group achieved 20 consecutive top ten singles in the UK. In 2009, Girls aloud won “Best Single” with their song ‘The Promise’.

Sarah Harding was born on the 17th of November, 1981, in Ascot, England. Harding attended Hazel Grove High School from 1993 to 1998. She later attended Stockport College, where she studied hair and beauty.

Harding worked as part of the promotions team for two clubs in The Grand Central Leisure Park. In 2002, she was recording dance tracks when she decided to audition for Popstars: The Rivals.

After auditioning for Popstars, she was chosen to be one of the ten finalists. Eventually, Harding and four other girls became a new pop group called Girls Aloud. The other four members were Nadine Coyle, Cheryl Tweedy, Nicola Roberts, and Kimberly Walsh.

Over the next years, Girls Aloud continued to drop several songs. They were nominated for five Brit Awards and amassed tens of millions of pounds in net worth. They sold more than 4.6 million albums in the UK alone.

Harding signed a 100,000-pound deal with Ultimo lingerie in 2006, and in 2007 she appeared in the movie ‘St. Trinian’s.’ She continued to appear in other films and television series.

She went on to take her solo music career more seriously and take further acting roles. In 2015, she dropped an EP titled ‘Threads’. The same year she appeared on the series ‘Coronation Street’ and ‘Celebrity MasterChef.’

How Does Sarah Harding Spend Her Money?

In 2008, Harding bought a home in St. Peter Chalfont, Buckinghamshire. In 2010, Harding reportedly purchased another home in Ibiza with Tom Crane.

Harding owns plenty of lavish jewelry. We can see pieces such as a silver necklace, gold dangle earrings, and sterling dangle earrings in her collection.

Here are some of the best highlights of Sarah Harding’s career:

“We’ve spent two years together, and we’ve really struggled. We honestly haven’t earned very much in that time. Next month we are finally picking up something for all the hard work. I can tell you. We’ve all been waiting for that money for so long.” – Sarah Harding

“Yes, I can. I’ve been heartbroken, and it’s really tough. And from Sam’s point of view, he probably feels the same because he doesn’t feel it was his time to go. Things have to be resolved before he can finally say goodbye. The final scenes are so touching, and I can’t watch the film without crying.” – Sarah Harding

“Everybody on their journey in life experiences loss in some way or another. We’re all born, we’re all here, we all love, we all lose, and we all have to pass on at some point. It’s a fact of life, and it’s telling that story in a tragic but very loving and heartfelt way.” – Sarah Harding

“I just like being on the road. I’m quite a free spirit, and, as I say, I’m not always 100 mph like everyone thinks I am. I live in the country, so it’s very chilled. When I’m on tour, I love to take in new cities, and I love to travel. When I toured with the girls, I used to go out and explore places with some of the dancers, go for lunch, whatever.” – Sarah Harding

Now that you know all about Sarah Harding’s net worth and how she achieved success; let’s take a look at some of the lessons we can learn from her:

Forgive yourself and always forgive others, for your sake, not theirs.

Be as enthusiastic about the success of others as you are of your own.

Develop a solution-focused mindset. Instead of assigning blame or ruminating endlessly on why things didn’t turn out the way you wanted them to, move forward.

How much is Sarah Harding worth?

Sarah Harding’s net worth is estimated to be $9 Million.

How old is Sarah Harding?

How tall is Sarah Harding?

Sarah Harding is an English singer, actress, and model. Harding is best known for being a member of the pop group Girls Aloud. She first rose to fame after appearing in the reality show ‘Popstars: The Rivals.’

She won a place in the girl grouå, and she released several chart-topping hits and albums. She ventured into acting and appeared in a wide range of series and films.

What do you think about Sarah Harding’s net worth? Leave a comment below.