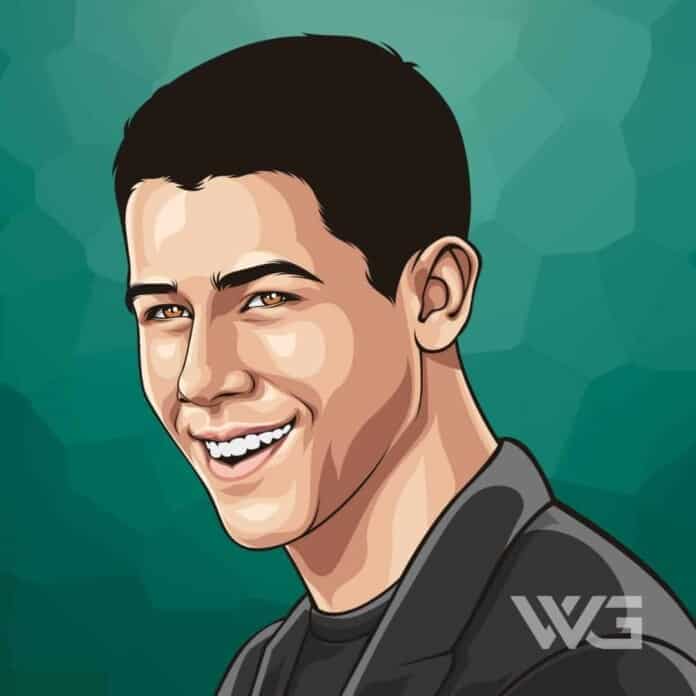 What is Nick Jonas’ net worth?

Nicholas Jerry Jonas is an American singer, songwriter, and actor from Dallas. He began acting in theater at the age of 7 and released his debut single in 2002.

Jonas formed a band with his older brothers, Joe, and Kevin, known as the Jonas Brothers.  The group released their debut studio album It’s About Time through the Columbia label in 2006.

Nicholas Jerry Jonas was born on the 16th of September, 1992, in Dallas, Texas. Jonas is the son of Paul Kevin Jonas and Denise.

Jonas grew up in Wyckoff, New Jersey, with his two older brothers, Kevin and Joe and younger brother Frankie. He was homeschooled by his mother, a singer and former sign language teacher.

Jonas career took off by chance at 6 when he was spotted singing in a hair salon where his mother was having a haircut.

He went on performing in other Broadway musicals like ‘Annie Get Your Gun’ (2001) and ‘Beauty and the Beast’ (2002) among others, mostly as replacement alternates.

In 2007, the Jonas Brothers released their single titled ‘S.O.S’ which brought them fame. It became a huge hit selling over 1.5 million copies in the US and making it to the top 20 hit on Billboard Hot 100.

One of the songs ‘Close’ a collaboration with Tove Lo, was released as the album’s lead single. The project was a commercial success, reaching the top twenty of the Billboard Hot 100 and becoming his third top ten hit on the Mainstream Top 20 chart.

In 2017, he also made an appearance in the adventure film ‘Jumanji: Welcome to the Jungle.’

Here are some of the best highlights of Nick Jonas career:

“I always had a knack for putting the peanut butter on the bread. My brother Kevin knew how to spread the jelly around real good. When we found out Joe could cut off the crusts, well, that’s when we knew we had something special.” – Nick Jonas

“As a songwriter, the minute you start having sex, you can totally see the difference in the writing. You become an adult – that’s kind of the whole backbone of it, really, your identity as a person and what sex means to you.” – Nick Jonas

“I thought the popular kids were the cool kids. I got caught up in that, and it was bogus. School is about finding who you are because of that’s more important than not being yourself.” – Nick Jonas

“I didn’t ask to become a role model, but it was thrust upon all of us, regardless of whether you acknowledge it. You have to come to a decision as an adult and say, “I’ve got to live my life.” There’s nothing wrong with thinking ahead and being aware of how it might affect somebody – everything from a post to where you have dinner to who you’re with. But these aren’t things you can let consume your life.” – Nick Jonas

Now that you know all about Nick Jonas’ net worth, and how he achieved success; let’s take a look at some of the best lessons we can learn from him:

No one cares about your body as much as you do. Take the time to get to know your body. Learn what makes your body stay healthier, stronger and function properly. You spend hour after hour on ensuring that the car and computer continue to run properly and efficiently.

Is your body less important than a car or computer?

You don’t know if you like something until you try it and that doesn’t only apply to food. Step out of your comfort zone and experience new things. It will expand your point of view and you will discover many new things that you enjoy.

Knowledge is power and peace.

How much is Nick Jonas worth?

Nick Jonas’ net worth is estimated to be $70 Million.

How old is Nick Jonas?

How tall is Nick Jonas?

Nick Jonas is best known as one-third of ‘Jonas Brothers’. The band has sold more than 17 million albums worldwide earning huge fame and recognition. Today Jonas is a successful solo artist and his music has been sold all over the world.

As of November 2022, Nick Jonas’ net worth is estimated to be roughly $70 Million.

What do you think about Nick Jonas’ net worth? Leave a comment below.