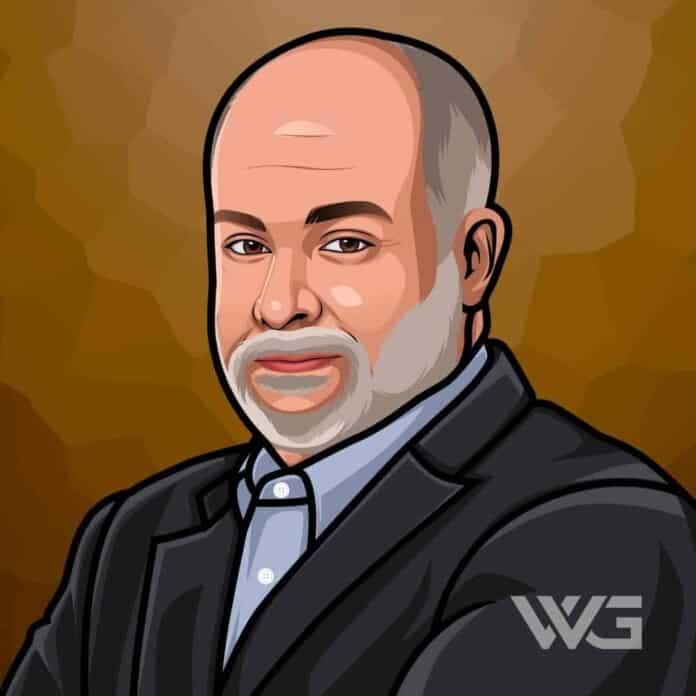 What is Mark Levin’s net worth?

Mark Levin is an American lawyer and author.

Levin is one of the hosts of the radio show ‘The Mark Levin Show.’ He has worked in President Ronald Reagan’s administration and was a chief of staff for Attorney General Edwin Meese.

Levin is the former president of the Landmark Legal Foundation. Since 2015, he has been editor in chief of the Conservative Review.

As of January 2023, Mark Levin’s net worth is estimated to be roughly $50 Million.

Mark Reed Levin was born on the 21st of September, 1957, in Philadelphia. Levin grew up in Erdenheim. His father was the author of several books. Levin graduated from Cheltenham High School in 1974.

In 1977, Levin won the election to the Cheltenham school board on a platform of reducing property taxes. He earned a J.D. from Temple University School of Law in 1980.

Levin started to work for a technology company titled ‘Texas Instruments.’ In the 1980s, he started his political career, and he served as an advisor to the politicians in President Ronald Reagan’s cabinet. He laid the foundation of a federal domestic volunteer agency called ‘ACTION.’

Levin began working for the Republican Party under member and attorney general Edwin Meese. He quit working with the government and started working in the private sector. He worked as the director of legal policy and eventually became the company’s president in 1997.

Levin filed a legal complaint with the Federal Election Commission in 2000. The same criticism was filed against the Department of Labor. Levin earned a ‘Ronald Reagan Award’ in 2001 for his duties as a supporter of the conservative ideology.

In 2016, Levin supported Ted Cruz as the Republican presidential candidate. In 2019, he appreciated Trump by stating that there had not been a single scandal under his presidency.

His book ‘Unfreedom of the Press’ was released in 2019 and became a massive success. The book became a bestseller on Amazon.com.

How Does Mark Levin Spend His Money?

Mark Levin is a well-known lawyer and author who has authored bestselling books. He owns a beautiful home in Florida.

Here are some of the best highlights of Mark Levin’s career:

“What was to be a relatively innocuous federal government, operating from a defined enumeration of specific grants of power, has become an ever-present and unaccountable force. It is the nation’s largest creditor, debtor, lender, employer, consumer, contractor, grantor, property owner, tenant, insurer, health-care provider, and pension guarantor.” – Mark Levin

“We should remember that the Declaration of Independence is not merely a historical document. The keystone of our system of popular sovereignty is the recognition, as the Declaration acknowledges, that ‘all men are created equal’ and ‘endowed by their Creator with certain unalienable Rights.” – Mark Levin

“The Statist has an insatiable appetite for control. He is constantly agitating for government action. And in furtherance of that purpose, the Statist speaks in the tongue of the demagogue.” – Mark Levin

“The intensive and concerted effort to exclude references to religion or God from public places is an attack on our founding principles. It’s an attempt to bolster a growing reliance on the government–especially the judiciary–as the source of our rights. But if our rights are not unalienable.” – Mark Levin

Now that you know all about Mark Levin’s net worth and how he achieved success; let’s take a look at some of the lessons we can learn from him:

Conservatism is the antidote to tyranny. It’s the only one. It’s based on thousands of years of human experience. There is nothing narrow about the conservative philosophy.

Class warfare or soaking the so-called rich may make for good populist demagoguery and serve the governing masterminds’ political ends. Still, it does nothing to solve the grave realities of the federal government’s insatiable appetite for spending and its inability to reform itself.

Utopianism substitutes glorious predictions and unachievable promises for knowledge, science, and reason while laying claim to them all.

How much is Mark Levin worth?

Mark Levin’s net worth is estimated to be $50 Million.

How old is Mark Levin?

How tall is Mark Levin?

Mark Levin is an American lawyer and author best known as the host of the show ‘The Mark Lewin Show.’ He started his radio broadcasting career by appearing on several conservative radio talk shows.

Levin has also authored numerous books that have spoken about his political ideology. Since 2015, he has been working as an editor in chief for ‘The Conservative Review.’

As of January 2023, Mark Levin’s net worth is estimated to be roughly $50 Million.

What do you think about Mark Levin’s net worth? Leave a comment below.

Jorge Masvidal is one of the most experienced mixed martial artists who has made millions thanks to his fights with several different promotions including the UFC.