Which are your favorite Sarah Palin quotes?

Sarah Palin is an American politician, author, and reality TV personality. She is best known for her former job as the 9th governor of Alaska, which she notably was the youngest person and the first woman to be elected in the position.

Throughout her career in politics, Palin has successfully earned the recognition of being the first Republican female vice presidential nominee as the aftermath of her running for the role in the 2008 presidential election alongside Arizona ‘Senator John McCain’.

As an author, she successfully released her book ‘Going Rogue’ which has now remarkably sold more than two million copies.

Here’s a collection of the most motivational Sarah Palin quotes:

2. “With so much at stake in this election, both Mitt Romney and Paul Ryan should go rogue.” – Sarah Palin

3. “That’s right. Obama didn’t lie to you when he said, ‘if you like your plan, you can keep it.’ Why? Because, you sillies, you DIDN’T REALLY like the plan you chose for yourselves! No arguing. Barack Obama knows best, and he’ll tell you whether you actually liked your insurance plan or not.” – Sarah Palin

4. “Within hours of a tragedy unfolding, journalists and pundits should not manufacture a blood libel that serves only to incite the very hatred and violence they purport to condemn. That is reprehensible.” – Sarah Palin

5. “Go back to what our founders and our founding documents meant – they’re quite clear – that we would create law based on the God of the bible and the Ten Commandments.” – Sarah Palin

7. “If any vegans came over for dinner, I could whip them up a salad, then explain my philosophy on being a carnivore: If God had not intended for us to eat animals, how come He made them out of meat?” – Sarah Palin

8. “Nothing surprises me anymore. We’ll keep doing what we’re doing. I’m going to keep going forward with solutions that I want to see applied to this great country, the challenges that we’re facing. And things like that [e-mails as governor published] are going to be perhaps a distraction for others. They won’t distract me.” – Sarah Palin

9. “I might add that in small towns, we don’t quite know what to make of a candidate who lavishes praise on working people when they are listening, and then talks about how bitterly they cling to their religion and guns when those people aren’t listening.” – Sarah Palin

10. “I’m like, OK, God, if there is an open door for me somewhere, this is what I always pray, I’m like, don’t let me miss the open door. Show me where the open door is.” – Sarah Palin

13. “We say keep your change, we’ll keep our God, our guns, our constitution.” – Sarah Palin

14. “Let me go back to a comfortable analogy for me – sports… basketball. I use it because you’re naive if you don’t see the national full-court press picking away right now: A good point guard drives through a full-court press, protecting the ball, keeping her eye on the basket… and she knows exactly when to pass the ball so that the team can WIN.” – Sarah Palin

15. “If a caribou needs to be sacrificed for the sake of energy independence, I say, Mr. Caribou, maybe you need to take one for the team.” – Sarah Palin

16. “Our opponent [ Representative John Lewis] is someone who sees America as imperfect enough to pal around with terrorists who targeted their own country.” – Sarah Palin

17. “I opposed annexing in areas around our city borders, because I knew that if neighborhoods wanted to be a part of the city, well, they would mandate themselves in and invite themselves into a city. That’s just one example of even on a local level how dangerous it is for a politician to start thinking they know more than that individual family, that individual business.” – Sarah Palin

18. “I really want Congress to do its job, the constitutional power that they have to halt an imperial presidency, to halt this fundamental transformation of America that is making us an unrecognizable mess of a nation at this time.” – Sarah Palin

19. “It’s very noble of President Obama to want to stay at the helm and maybe go down with this sinking ship.” – Sarah Palin

20. “When we talk about fighting for our country, we’re talking about our vote, our vote is our arms.” – Sarah Palin

21. “People know something has gone terribly wrong with our government and it has gotten so far off track. But people also know that there is nothing wrong in America that a good old-fashioned election can’t fix.” – Sarah Palin

22. “I am pro-life and I believe that marriage should only be between and man and a woman.” – Sarah Palin

23. “Rain is something the democrats use to sell umbrellas.” – Sarah Palin

24. “Ground Zero Mosque supporters: doesn’t it stab you in the heart, as it does ours throughout the heartland? Peaceful Muslims, pls refudiate.” – Sarah Palin

25. “We have a President, perhaps for the very first time since the founding of our republic, who doesn’t appear to believe that America is the greatest earthly force for good the world has ever known.” – Sarah Palin

26. “I encourage everyone I know that whether it be in their workplace, whether it be in a political arena or within their own families, to do what their gut tells them to do. And that involves calling it like they see it and tackling the tasks that are at hand and not worrying so much what other people are thinking or saying about them.” – Sarah Palin

27. “When oil and gas prices went up dramatically and filled up the state treasury, I sent a large share of that revenue back where it belonged – directly to the people of Alaska.” – Sarah Palin

28. “I am one to believe that life starts at the moment of conception.” – Sarah Palin

29. “If we were real domestic terrorists, shoot, President Obama would be wanting to pal around with us, wouldn’t he?” – Sarah Palin

30. “I am all for contraception. And I am all for preventative measures that are legal and safe, and should be taken.” – Sarah Palin

31. “Up here in Alaska we’re sitting on billions of barrels of oil. We’re sitting on hundreds of trillions of cubic feet of natural gas onshore and offshore. And it seems to be only the Republicans who understand that companies should be competing for the right to tap those resources and get that energy source flowing into these hungry markets so that we will be less reliant on foreign sources of energy. In a volatile world, relying on foreign regimes that are not friendly to Americans, asking them to ramp up resource production for our benefit, that’s nonsensical.” – Sarah Palin

32. “Pray for our military men and women who are, striving to do what is right also for this country, that our leaders, our national leaders are sending them out on a task that is from God. That is what we have to make sure we are praying for: that there is a plan, and that that plan is God’s plan.. So bless them with your prayers.” – Sarah Palin

34. “One of the most important things, that we [in US] have to engage is unleashing our domestic energy production opportunities. It does come down to “drill, baby, drill,” in addition to an “all of the above” energy policy.” – Sarah Palin

35. “I love those hockey moms. You know what they say the difference between a hockey mom and a pit bull is? Lipstick.” – Sarah Palin

36. “Take a stand, America! You deserve better. Resolve to live life vibrantly by looking to family, faith, and freedom in this new year!” – Sarah Palin

37. “The America I know and love is not one in which my parents or my baby with Down syndrome will have to stand in front of Obama’s ‘death panel’ so his bureaucrats can decide, based on a subjective judgment of their ‘level of productivity in society,’ whether they are worthy of health care. Such a system is downright evil.” – Sarah Palin

39. “America’s finest – our men and women in uniform, are a force for good throughout the world, and that is nothing to apologize for.” – Sarah Palin

40. “I’m pro-life. I’ll do all I can to see every baby is created with a future and potential. The legislature should do all it can to protect human life.” – Sarah Palin

41. “Candidate Obama promised to fundamentally transform America and that’s one promise he has kept. Turning a shining city on a hill into a sinking ship.” – Sarah Palin

42. “They’re our next-door neighbors, and you can actually see Russia from land here in Alaska, from an island in Alaska.” – Sarah Palin

43. “Bear hunting? Come on up and we’ll fix you up, you betcha. Just be sure you bring some hunting buddies with you, preferably fat ones who can’t run as fast as you.” – Sarah Palin

45. “We need independents, we need the GOP, we need Reagan Democrats.” – Sarah Palin

46. “I don’t like local, state or federal level of got mandating anything in our lives, in our families, and in our businesses, unless it comes to saving lives.” – Sarah Palin

47. “I can tweet before going to bed at midnight or 1 and know that they’re up and at ’em, and they’re going to have to respond.” – Sarah Palin

48. “People have a constitutional right to burn a Koran if they want to, but doing so is insensitive and an unnecessary provocation – much like building a mosque at Ground Zero.” – Sarah Palin

49. “Energy is the key to prosperity, to security. And until we [in US] start tapping our domestic, conventional and alternative sources to energy, we’re never going to get there.” – Sarah Palin

50. “Enough of this foreign fiasco distraction. Get back to work. It is time to bomb Obamacare.” – Sarah Palin

Thanks for checking out this collection of quotes from Sarah Palin! Don’t forget to share them on social media with your friends and family.

Which are your favorite Sarah Palin quotes? Leave a comment below. 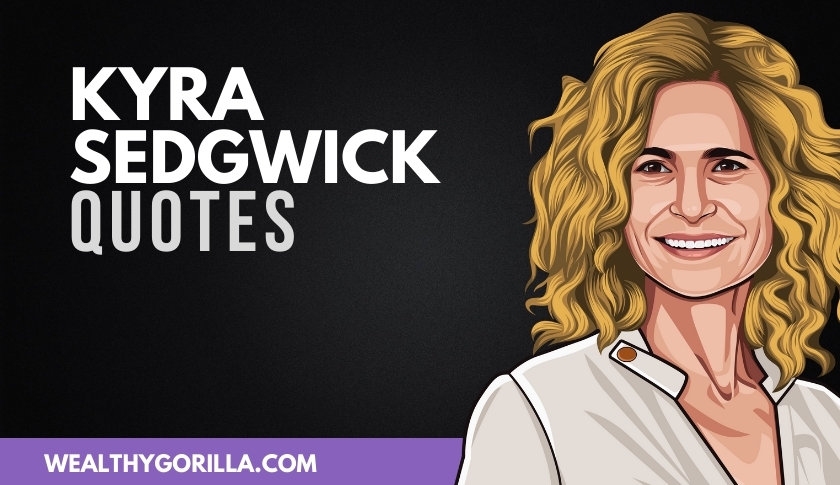 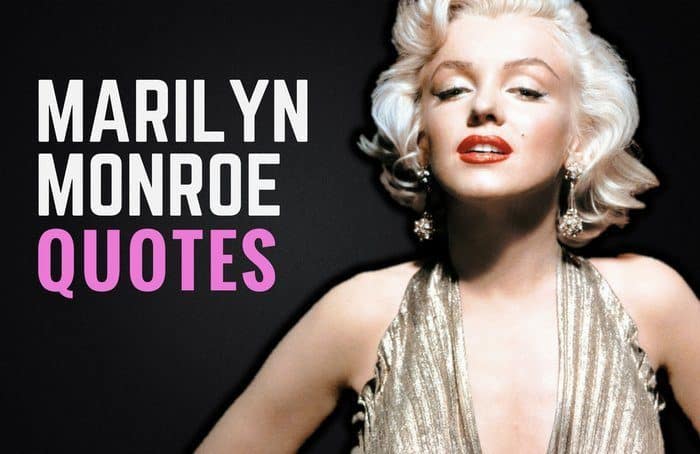 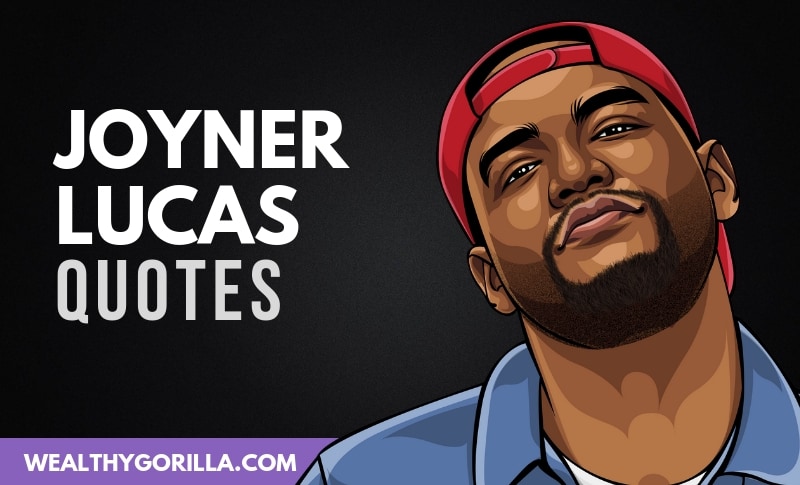 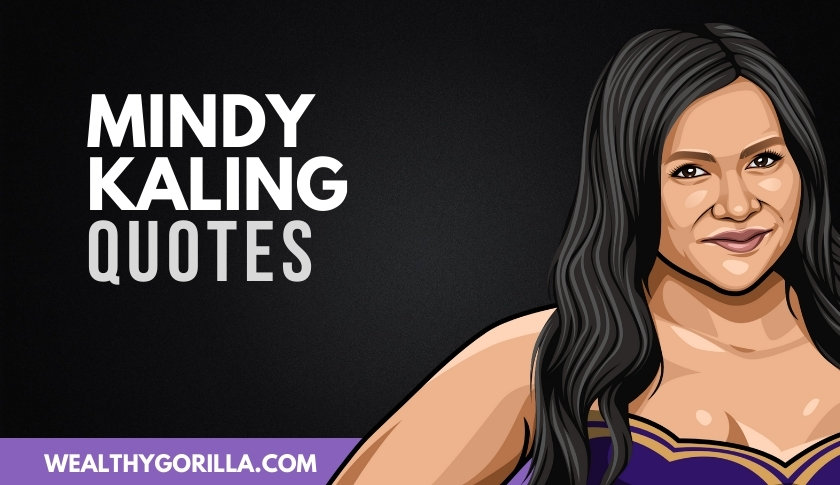