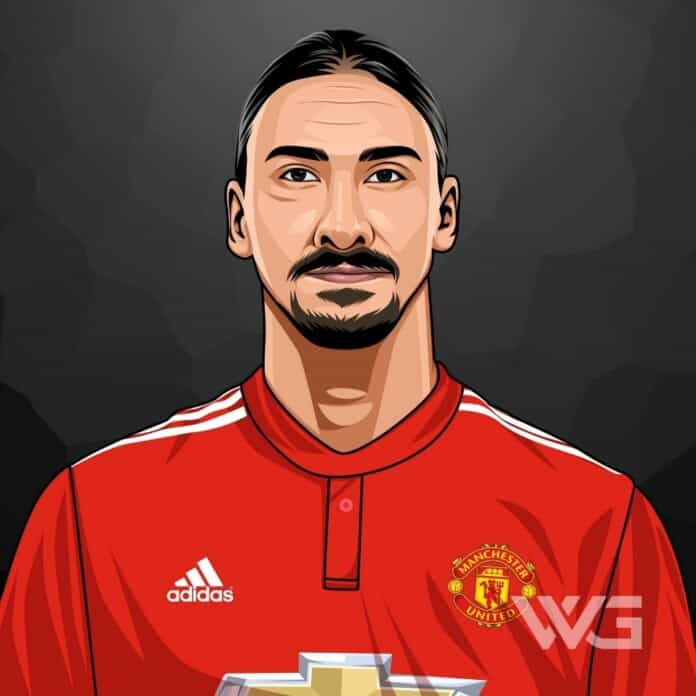 What is Zlatan Ibrahimovic’s net worth?

Zlatan Ibrahimović is a Swedish professional footballer who plays as a forward for LA Galaxy from Malmö, Sweden.

Ibrahimovic is a prolific goalscorer who is best known for his technique, creativity, strength, ability in the air, and powerful and accurate striking ability. He is currently the third-most decorated active footballer in the world.

As of December 2022, Zlatan Ibrahimovic’s net worth is estimated to be $190 Million.

Zlatan Ibrahimović was born on the 3rd of October, 1981, in Malmö, Sweden.

His father was born in Bijeljina (in modern-day Bosnia and Herzegovina), and his mother in the village of Pros in Škabrnja.

In 2001, he made his debut as an international player in a friendly match against the Faroe Islands, which ended in a draw. Later that year, he scored his first international goal against Azerbaijan in a world cup qualifier match helping his team to a 3-0 victory.

The same year, Ibrahimovic joined Ajax and with this began his major league career. In his first Champions League for Ajax in 2002, he scored five goals in total, and later in 2004, he got the ‘Goal of the Tournament’ honor.

Ibrahimovic was unable to continue his form and his performance declined while playing for Juventus which eventually forced him to move to Internazionale. The deal turned out to be fruitful for Ibrahimovic and in the 2008-2009 Serie A season, he emerged as the leading goal-scorer with 25 individual goals.

He then moved over to play for Milan and made his debut against Cesena in September 2010 in the Championship League, which he eventually finished with 13 goals and 8 assists.

Ibrahimovic continued switching through clubs and finally ended up with Manchester United in July 2016. In his Premier League debut match, he scored a total of 20 goals in the tournament.

Here are some of the best highlights of Zlatan Ibrahimovic’s career:

“I think I am difficult to satisfy, because when I win something, I’m already thinking about the next step, and that is maybe a problem for me. I’m not enjoying the moment. I’m already on the mission to win the next trophy.” – Zlatan Ibrahimovic

“Some coaches prefer players who will just do whatever he tells them to. It’s like, if you’re at school with a load of 10-year-old boys and you tell them to jump, everyone will start to jump. But the intelligent boy will ask, ‘Why should I jump? Why?’ That can be difficult for a lot of coaches, and I understand that.” – Zlatan Ibrahimovic

“If I had an ego as big as the Eiffel Tower, would I have won this many collective trophies? I know people like to talk about it. And O.K., I am not going to answer every story. But maybe I will let my collective trophies speak for themselves. I don’t know many other footballers who have won as much. Do you?” – Zlatan Ibrahimovic

“That’s my hunger. If I start to relax, and I lose that, then I had better stop my football. I need that hunger. I still feel I need to do things 10 times better than other players. Just to be accepted and to improve myself.” – Zlatan Ibrahimovic

Now that you know all about Zlatan Ibrahimovic’s net worth, and how he achieved success; let’s take a look at some of the best lessons we can learn from him:

When people criticize Zlatan, instead of putting his head down, it gives him the energy to do even more. Get strength from criticism.

2. Things Happened For a Reason

Anything that happens in your life was meant to happen. It is your destiny. Zlatan was destined to have the life he has right now, and he can’t have any regrets.

3. You Can Always Succeed, No Matter What

If you are different, or you have minimum possibilities, you can still succeed. Zlatan is living proof of that.

How much is Zlatan Ibrahimovic worth?

Zlatan Ibrahimovic’s net worth is estimated to be $190 Million.

How old is Zlatan Ibrahimovic?

Zlatan Ibrahimovic was born on October 3, 1981, and is currently 41 years old.

How tall is Zlatan Ibrahimovic?

Zlatan Ibrahimovic is an ace Swedish footballer who is known as one of the most prolific strikers, Ibrahimovic is well*known for his strength, precision, and stamina.

Having won 33 trophies in his football career, he has become the third-most decorated active footballer of present times.

As of December 2022, Zlatan Ibrahimovic’s net worth is roughly $190 Million.

What do you think about Zlatan Ibrahimovic’s net worth? Leave a comment below.

Michelle Pfeiffer is a prolific American actress renowned for her work, and throughout her lengthy career, she has amassed an incredibly huge net worth.