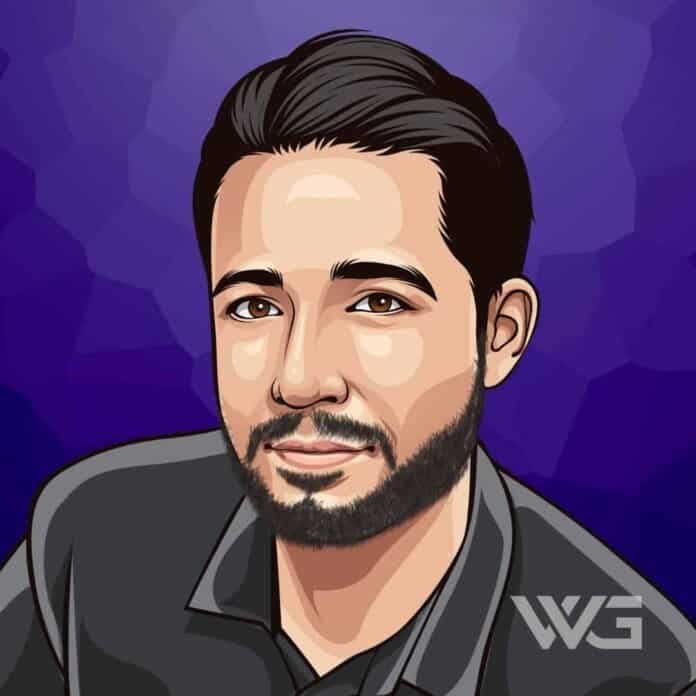 What is Alexis Ohanian’s net worth?

As of November 2022, Alexis Ohanian’s net worth is estimated to be roughly $40 Million.

Alexis Kerry Ohanian is an American Internet entrepreneur and investor from New York.

Ohanian is most well known as the co-founder and executive chairman of the social news website Reddit. He is also the co-founder of the travel search website Hipmunk.

Alexis Kerry Ohanian was born on the 24th of April, 1983, in Brooklyn, New York.

Ohanian is the son to Anke and Chris Ohanian. His mother was born in Germany, and his father was of Armenian descent. He graduated from ‘Howard High School’ in Ellicott City, Maryland, where he was a bright student and was chosen to give the graduate student address of his class in 2001.

He joined the University of Virginia where he met Steve Huffman and completed a degree in commerce and history. His destiny changed when he visited Cambridge with Huffman to attend a lecture by Paul Graham on “How to Start a Start-up.”

Ohanian first venture with his friend Steve Huffman was to sell the idea of ‘MyMobileMenu’ to the seed accelerating company ‘Y Combinator’ in 2005. The company liked the idea but suggested the duo to come up with something more novel for them to fund. They then came up with the idea of ‘reddit.com.

Reddit was accepted as a start-up by ‘Y Combinator’ in 2005. He continued to work with Reddit as a co-founder with Huffman and remained a member of the board of directors.

In 2007, Alexis launched ‘Breadpig’.The company was set up by him and is now running on its own steam, without his day-to-day involvement.

In 2010, he spent three months in Armenia, working in microfinance with the non-profit organization ‘Kiva’ to lend money to small entrepreneurs and students in over 80 countries via the internet.

Here are some of the best highlights of Alexis Ohanian’s career:

“I often think of a quote from entrepreneur Jim Rohn: ‘You are the average of the five people you spend the most time with.’ Surround yourself with people who are doing interesting things, who are thinking interesting thoughts, who challenge you to be better, and who come from a diverse set of backgrounds and experiences. That, combined with appropriate moments of ‘me’ time, provides the perfect breeding ground for great ideas. And whatever you do, don’t get hung up on what competitors are doing. Be aware of what’s going on in the industry, but don’t let it dictate your own creative process.” – Alexis Ohanian

“The best part of being an angel investor is seeing these kids coming up with companies that get way more traffic than Reddit had when we sold it. I think, ‘Are you kidding me? They’re just kids, and they’ve done so much.” – Alexis Ohanian

“There was a clear lesson here — and that was that the Internet loves Mister Splashy Pants.” – Alexis Ohanian

“Being effective at social media, whether for business or personal use, means capturing people who have short attention spans. They’re only a click away from a picture of a funny cat, so you have to make your thing more compelling than that cat. And that can be a high bar.” – Alexis Ohanian

Now that you know all about Alexis Ohanian’s net worth, and how he achieved success; let’s take a look at some of the leadership lessons we can learn from him:

“Stay humble” has become an unsettlingly empty catchphrase in Silicon Valley, and many founders are encouraged to think they’re immune to failure. But none of this is helpful, he says. It only serves to raise expectations for oneself and one’s company until any misstep feels like a disaster.

2. Don’t Get Sucked Into Startup Society

There’s even more pressure now, and it’s very tempting to go to every single thing.

You’re guaranteed to find some helpful people out there who will make a difference for you, but for the most part, you’re having the same conversations over and over. I went to so many things that were just opportunities for people to talk about how they were ‘crushing it’ or ‘killing it.

Much like “humility,” the word “vulnerability” is in the process of being gutted. Many CEOs say that it’s important while only highlighting vanity metrics or ignoring errors. And employees throughout the startup ranks shirk away from admitting fault or mistake in case it impacts performance reviews.

But this leaves a lot of people who could do better work (and feel better about it) if only they felt comfortable sharing their true feelings with someone.

How much is Alexis Ohanian worth?

Alexis Ohanian’s net worth is estimated to be $40 Million.

How old is Alexis Ohanian?

How tall is Alexis Ohanian?

Alexis Ohanian is an American internet entrepreneur and investor who is the co-founder of the popular social news website Reddit. He is often referred to as the “start-up guy.”

As of November 2022, Alexis Ohanian’s net worth is roughly $40 Million.

What do you think about Alexis Ohanian’s net worth? Leave a comment below.