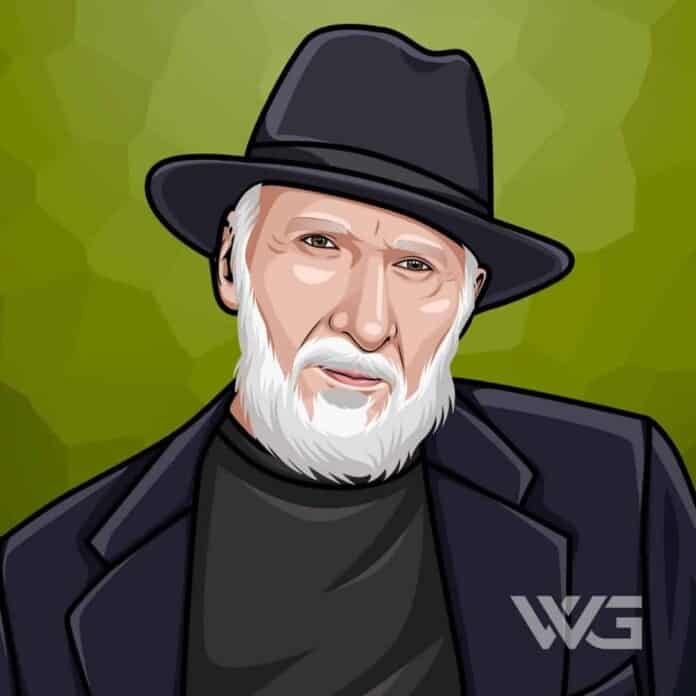 What is Frank Miller’s net worth?

Frank Miller is an American comic book writer. He is also a well-established director and producer.

Miller is best known for his comix books, stories, and graphic novels such as ‘Daredevil: Born Again,’ ‘The Dark Knight Returns,’ ‘Sin City’, and ‘300’.

Miller has also directed the film version of ‘The Spirit.’ His movie ‘Sin City’ has earned a Palme d’Or nomination, and he has received every major comic book industry award.

Frank Miller was born on the 27th of January, 1957, in Maryland. Miller is the fifth of seven children. He grew up in Montpelier, Vermont.

Miller was fond of comic books during his childhood days. He developed an interest in graphic entertainment, films, and detective fiction. Growing up, he was influenced by Wallace Wood, Jack Kirby, and Alfred Hitchcock’s works.

His first published work, ‘The Twilight Zone’ did not receive any credit for his work.

After working for Western Publishing for a period, he joined DC Comics. He created stories for titles like ‘Weird War Tales’ and worked on a piece for an anthology collection of Christmas stories.

Miller has also worked for ‘The Greatest Story Never Told.’ After joining Marvel Comics, he created comics work on the 17-page story ‘The Master Assassin of Mars, Part 3’ in ‘John Carter, Warlord of Mars’ for the November 1978 issue.

He made drawings for ‘Peter Parker’ for the 1979 issue. He included the character of Daredevil in this issue as well. Marvel’s 1981 issue featured his work both as a writer and penciler. The sales of Marvel Comics increased, and it started the publication of Daredevil each month.

Miller’s ‘300’ miniseries first appeared in 1999. After the 9/11 terrorist attacks, he created ‘Batman: The Dark Knight Strikes Again’ in 2001. He also authored ‘All-Star Batman and Robin the Boy Wonder.’

Here are some of the best highlights of Frank Miller’s career:

“I moved to New York and was told, “Go back home. We don’t need you. Go pump gas. You’re from Vermont. We’ve got no use for you. You’re not drawing guys in tights.” So, I learned how to draw guys in tights, and I put them in as many crime situations as I could.” – Frank Miller

“It’s one thing to be sitting at a drawing board, alone in your home and coming up with a fantasy character, and drawing her whichever way you feel like drawing, then dealing with a real performer. All of a sudden, things change. It’s amazing, in working with actors, how much I learn from them and how many new lines will come to mind because of their personality or their strengths.” – Frank Miller

“Working with the kind of talent that I’ve gotten to work with, like the cast of Sin City, it makes me think probably more fully dimensionally about what is going on behind their eyes. But I draw the way I draw and ain’t nothing gonna change that.” – Frank Miller

“In a way, ‘Sin City”s designed to be placed somewhere between an American comic book and Japanese manga. Working in black and white.”– Frank Miller

“The comics I read as a kid were all about guys in tights. But here was a guy who wore a fedora. He fought crime as they did in Marvel and DC, but he did it in the real world. I had just turned 12 when I met the Spirit, and it was a strange coincidence. At the same time, I discovered girls I fell out of love with guys in tights.” – Frank Miller

“I think most things I read on the Internet and in newspapers are propaganda. Everyone from the ‘New York Times’ to Rupert Murdoch has a point of view and is putting forth their own propaganda.” – Frank Miller

Now that you know all about Frank Miller’s net worth and how he achieved success; let’s take a look at some of the lessons we can learn from him:

Sometimes the solitary voice can be the best one.

The noir hero is a knight in blood-caked armor. He’s dirty, and he does his best to deny the fact that he’s a hero the whole time.

Cartoonists’ dirty secret is that we tend to come up with stories that involve things that are really fun to draw.

How much is Frank Miller worth?

Frank Miller’s net worth is estimated to be $25 Million.

How old is Frank Miller?

How tall is Frank Miller?

Frank Miller is a well-established writer, and he is famous for his dark comic book stories and graphic works of ‘Ronin’ and ‘Batman: The Dark Knight Returns.’

Miller wrote the script of the science fiction action films ‘RoboCop 2’ and ‘RoboCop 3’. He is a multitalented person by acting as a writer, penciler, editor, designer, and supervisor. His art style has been adapted into a sequence of ‘Batman: The Animated Series.’

What do you think about Frank Miller’s net worth? Leave a comment below.