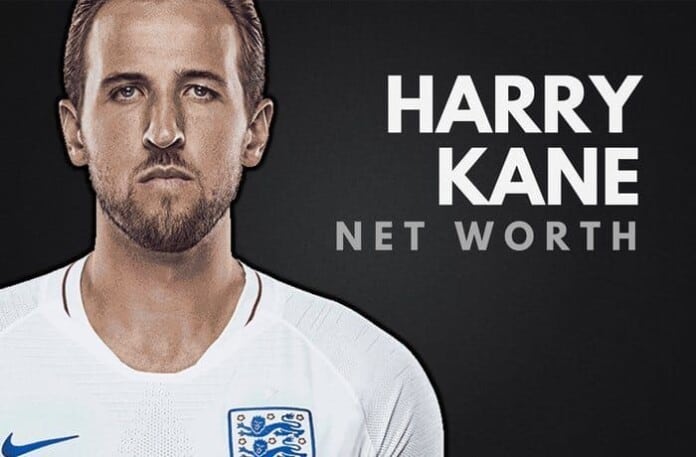 What is Harry Kane’s net worth?

Harry Edward Kane is a professional soccer player from the United Kingdom. He currently plays for the English national football team and ‘Tottenham Hotspur’, which he has been with since 2010.

Harry was born in Walthamstow, England on July 28, 1993, to his parents Patrick and Kim Kane.

As a child, Harry and many of his family members were huge fans of ‘Tottenham Spur’: the team that he now plays for.

Harry began his career by playing for ‘Ridgeway Rovers’ in 1999, and he then joined the ‘Arsenal’ youth academy in 2001.

In 2002 he rejoined ‘Ridgeway Rovers’ and had an unsuccessful trial with ‘Tottenham Spur.’ In 2004 he joined the Academy of ‘Watford’ for a trial of four to six weeks, and after this, he got the chance to play for ‘Tottenham.’

During the 2008-2009 season, he played in the ‘Copa Chivas’ tournament in Mexico and the ‘Bellinzona’ tournament in Switzerland while being in the ‘Tottenham Under-16’ team. In 2009 he accepted a scholarship contract from the club.

Harry Kane signed his first contract with ‘Tottenham’ in 2010, and after being on loan to ‘Leyton Orient’ for almost an entire season; Kane made his first appearance for ‘Tottenham’ on August 25, 2011.

For the entire 2011-2012 season, he was loaned to club ‘Millwall’ and was named the ‘Millwall Young Player of the Year’ for that season. On April 7, 2014, he had his first ‘Premier League’ game playing for ‘Tottenham.’

Kane’s first ‘UEFA Champions League’ debut match was against ‘Monaco on September 14, 2016. Later that same year, ‘Tottenham signed another contract with him keeping him on the team until 2022.

Kane is now captain of the England National Squad, and recently made headlines for scoring a hat-trick in the team’s game against Panama during the World Cup.

Here are some of the best highlights of Harry Kane’s career:

“When times are down, keep believing, keep working hard, and things will pick up.” – Harry Kane

“You come up against challenges in life, and it’s how you deal with them that defines you.” – Harry Kane

“It is a great boost for confidence in a squad when there are not just one or two players scoring goals, but the whole team is contributing.” – Harry Kane

3 Rules for Success from Harry Kane

Now that you know all about Harry Kane’s net worth and his journey to becoming the best soccer player in the world; let’s look at some of the success lessons we can learn from him.

No matter how over the top and impossible your dreams may seem, know that with enough hard work and dedication you can make them come true. Hard work always pays off one way or another, and it’s all going to be worth something in the end.

No matter who you are, what you do, or where you come from anything can happen. Don’t let your doubts or the doubts of those around you stop you from following your dreams.

How much is Harry Kane worth?

Harry Kane’s net worth is estimated to be $40 Million.

How old is Harry Kane?

How tall is Harry Kane?

Harry Kane is a respectable soccer player that has accomplished a lot during his time as a player. He worked hard for his achievements, and currently, Harry Kane’s net worth is about $40 Million at only 25 years of age. He has almost his entire career ahead of him.

It won’t be long before he’s compared to the likes of Cristiano Ronaldo and Lionel Messi.

What do you think about Harry Kane’s net worth? Leave a comment below.