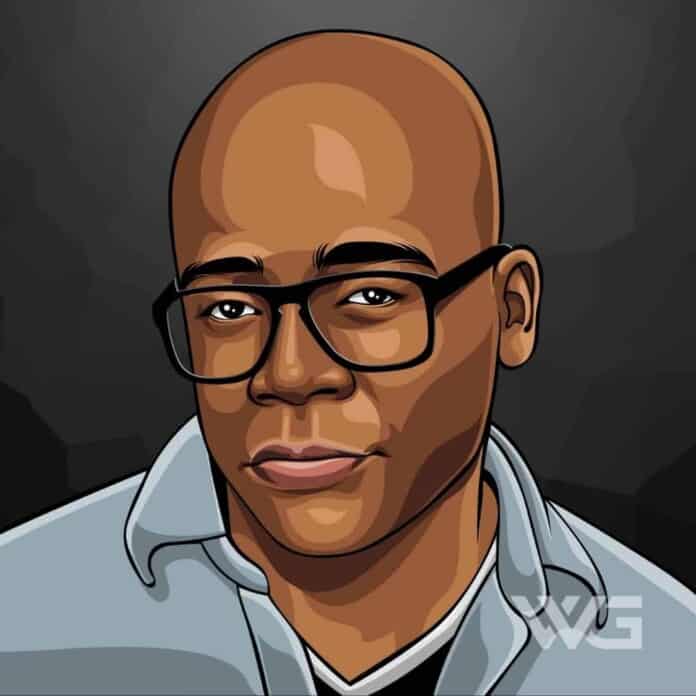 What is Damon Dash’s net worth?

As of December 2022, Damon Dash’s net worth is approximately $100 Thousand.

Damon Dash is American actor, entrepreneur, and music producer who has been the proud co-founder of the Roc-A-Fella record company since 1996.

Since the beginning of his career Dash has proven to be an extremely hard worker and has worked with some of the music industry’s most famous artists and has worked on numerous films.

It is said that as a teenager he was known to have sold old newspapers and sweep the floors of barber shops to buy new clothes for himself because his mother died of an asthma attack when he was only 15 years old.

In 1999 he met the famous R&B singer Aaliyah and later proposed to her, but sadly she perished in 2001 in a plane crash.

Years later he married the fashion designer Rachel Roy, and he had two more children with her.

In 1992 Dame was introduced to the young up-and-coming rapper from Brooklyn, Jay-Z, and after becoming close acquaintances, the two launched Roc-A-Fella records in 1996 along with Kareem Burke.

Soon after founding their company Jay Z and Dash became close business partners, and Dash even served as Jay-Z’s manager for a while.

Although they were on their way to success with Jay-Z’s soon to be released debut album called ‘Reasonable Doubt’ their relationship came crumbling down quickly.

The duo went their separate ways after the company purchased Def Jam Recordings and then Jay-z purchasing Dash’s stakes in his Rocawear company.

Here are some of the best highlights of Damon Dash’s career:

“Don’t expect anyone to give you anything. If you really believe in something, then fight for it.” – Damon Dash

“I work hard, so I surround myself with people that work just as hard. It’s important if you want to create a successful brand. Also, the concept of being “tired” doesn’t really apply to me. In fact, I don’t even consider “tired” tired. If you want to succeed and be successful, you can’t let it bother you.” – Damon Dash

“Life is about perspective, and I have a different perspective from most. I’m not trying to be in Hip Hop at 43 and looking like an old man. I always enjoyed business and my independence. I am an Entrepreneur.” – Damon Dash

3 Rules for Success from Damon Dash

Now that you know all about Damon Dash’s net worth, and how he achieved success; let’s take a look at some of the lessons we can learn from him:

Surround yourself with positive and hard-working people so that you can be influenced and motivated by them. Keep people in your life that will push you to succeed and do bigger and better things with your life.

2. “Life is about perspective.”

The way you perceive life and the events that take place in the world depends on your perspective and mindset. Have some perspective and try to see things through other people’s eyes once in a while so that you can have a better understanding of life and the people around you.

3. Don’t expect anything from anyone.

Don’t expect anything to come to you for free, make things happen for yourself and pave the way for your future.

How much is Damon Dash worth?

Damon Dash’s net worth is estimated to be $100 Thousand.

How old is Damon Dash?

How tall is Damon Dash?

Damon Dash is an American actor entrepreneur a music producer that has been in the industry for well over two decades. He has gotten to work with some of the world’s most prominent musicians and is a well-experienced businessman.

As of December 2022, Damon dash’s net worth is approximately $100 Thousand.

What do you think about Damon Dash’s net worth? Leave a comment below.