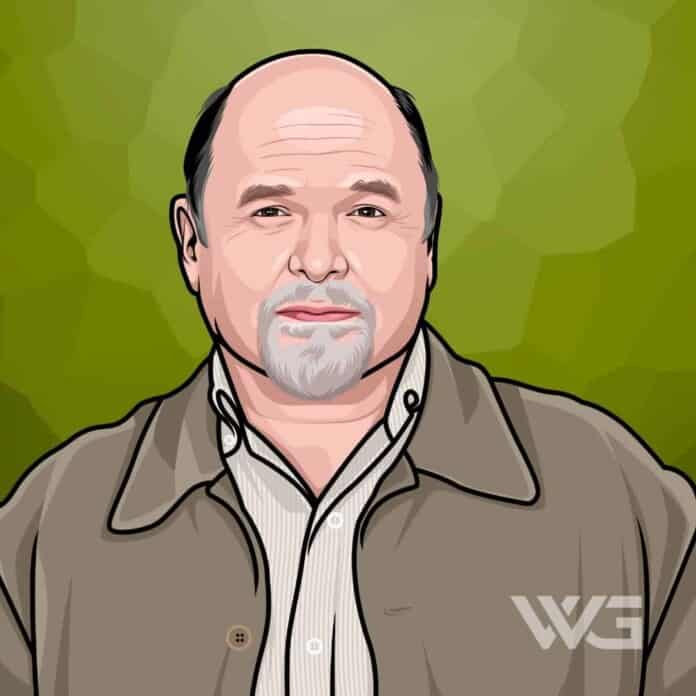 What is Jason Alexander’s net worth?

Jason Alexander is an American actor and comedian.

Alexander is best known for his role as George Costanza in the series ‘Seinfeld.’ He was nominated for seven Primetime Emmy Awards and four Golden Globe Awards for his performance in the series.

Other well-known films include ‘Pretty Woman,’ ‘The Hunchback of Notre Dame’ and ‘Duckman.’ He has also made guest appearances on shows such as ‘Dream On’ and ‘Curb Your Enthusiasm.’

Jay Scott Greenspan was born on the 23rd of September, 1959, in Newark, New Jersey. Greenspan is the son of Jewish parents Ruth Minnie and Alexander B. Greenspan. He has a half-sister, Karen Van Horne, and a half-brother, Michael Greenspan.

Greenspan grew up in Maplewood and Livingston. He grew up hoping to be a magician. While attending a magic camp, he was told that his hands were too small to plan a card. He then became interested in theater.

During his active career, Alexander has appeared in Broadway musicals which include ‘Jerome Robbins’ Broadway in 1989. He won a Tony Award for Best Leading Actor in a Musical and the Los Angeles production of the Producers alongside Martin Short.

Alexander has starred and produced music videos and made cameo and guest appearances to his resume. He has appeared to date in 50 movies, including a memorable performance as Philip Stuckey in ‘Pretty Woman’ alongside Julia Roberts and Richard Gere.

On the philanthropic side, Alexander has served as a national spokesman for the Scleroderma Foundation and appeared in a commercial for the ASPCA.

He has also been a prominent supporter of the OneVoice initiative, which seeks the opinions of moderate Israelis and Palestinians who wish to achieve a mutual peace agreement between their societies.

In 1982, Alexander married Daena E. Title, and they had two children. He is also known to be an avid poker player and has competed on televised poker shows in various tournaments.

How Does Jason Alexander Spend His Money?

Jason Alexander spends his money on charity work and on real estate.

Alexander owns a beautiful home in Los Angeles. He also owns a home in New York.

Here are some of the best highlights of Jason Alexander’s career:

“The actress (Heidi Swedberg) is this wonderful girl, and … I love her! I couldn’t figure out how to play off of her. Her instincts for doing a scene – where the comedy was – and mine were always misfiring.” – Jason Alexander

“Things that make me laugh range from a wonderful stand-up like Jerry Seinfeld, Louis C.K., and Chris Rock to my son Gabe, who does great improv work. I also look backwards to the great comedic actors like Jackie Gleason, Paul Lynde, and Phil Silvers.” – Jason Alexander

“Acting is not terribly important work, and I have always felt a bit of guilt about pursuing something that is so selfish. I love doing it, but it is never something that feels like it’s going to change or save the world.” – Jason Alexander

“Even when I was an actor in training, one criticism my teachers had was that I should think about directing instead of acting because the best actors see the material they’re working on through blinders. They can’t see anything but their role. I could never really do that.” – Jason Alexander

“But one sets of grandparents lived on Davidson Avenue in the Bronx, and one lived in Manhattan, and I had an aunt and uncle in Queens, so in my heart, I was a New Yorker.” – Jason Alexander

“I found that looking at the Israeli/Palestinian conflict from an outside vantage point was actually quite distancing. The history of the conflict, the personalities, the violence, the distrust, and the seeming lack of viable solutions made meaningful involvement feel impossible. What changed that, for me, was changing the vantage point.” – Jason Alexander

Now that you know all about Jason Alexander’s net worth and how he achieved success; let’s take a look at some of the lessons we can learn from him:

The necessity for ‘professionals’ in the entertainment industry is constantly being challenged.

Most stand-up comics relish performing ‘in one – solo. They like autonomy.

Life and families and babies are all joyous gifts. But if we do not begin to truly account for our numbers, we will surely create an ecological crisis that will only lead to anguish and despair.

How much is Jason Alexander worth?

Jason Alexander’s net worth is estimated to be $50 Million.

How old is Jason Alexander?

How tall is Jason Alexander?

Jason Alexander is an American actor, comedian, director, producer, and singer. Alexander was born Jay Scott Greenspan in New Jersey. He is best known for his role as George Costanza on the long-running sitcom ‘Seinfeld.’ Before his nine-year run on ‘Seinfeld,’ Alexander starred in a short-lived sitcom CBS called ‘Everything’s Relative’.

What do you think about Jason Alexander’s net worth? Leave a comment below.