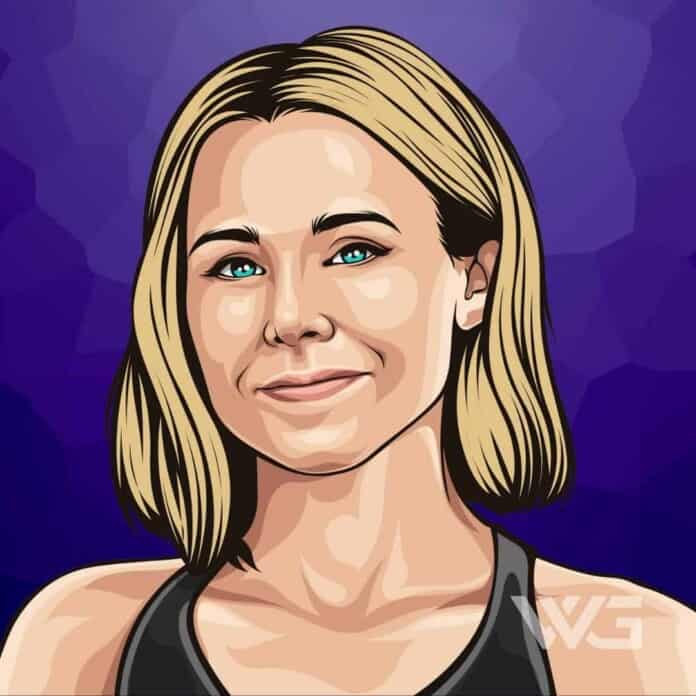 What is Kristen Bell’s net worth?

As of December 2022, Kristen Bell’s net worth is approximately $40 Million.

Kristen Anne Bell is an American actress from Michigan. Bell began her acting career by starring in stage productions while attending the Tisch School of the Arts in New York.

In 2001, she made her Broadway debut as Becky Thatcher in The Adventures of Tom Sawyer and starred in the Broadway revival of The Crucible the following year.

Kristen Anne Bell was born on the 18th of July, 1980, in Michigan. Bell is the daughter of Lorelei Frygier and Tom Bell. She has two half-sisters, Sara and Jody.

After her parents pulled her from the public school system, she went to ‘Shrine Catholic High School’ in Royal Oak for her high school years. She was a member of the drama and music club.

Bell began her acting career in 1992 when she won her role in ‘Raggedy Ann and Andy’ as a banana and a tree. With an agent’s help, she appeared in many advertisements and television commercials.

In 2001, she quit her studies for a role in the Broadway musical, ‘The Adventures of Tom Sawyer’ as Becky Thatcher. She won her first credited but insignificant role in ‘Pootie Tang’.

2002 saw her in ‘The Crucible’, a Broadway revival, with Liam Neeson and Angela Bettis. The same year she moved to Los Angeles, California, and won a few special appearances in television shows.

She reprised her role in 2005’s ‘Reefer Madness: The Movie Musical’ as Mary Lane. In September of the same year, she rendered the theme song from ‘Fame’ on the 57th ‘Annual Primetime Emmy Awards’.

The 2006 movie ‘Pulse’, a remake of the Japanese horror film ‘Kairo’, saw her in the lead role of Mattie. Though the film grossed US $27.9 million worldwide, it was not well received by critics.

Here are some of the best highlights of Kristen Bell’s career:

“You do better in the gym with a trainer; you don’t figure out how to cook without reading a recipe. Therapy is not something to be embarrassed about.” – Kristen Bell

“I think your significant other should be way more important than your work. Personally, I love working. I don’t know that I’d say I’m a workaholic because I also love maxing and relaxing.” – Kristen Bell

“I love nerds. Comic-Con junkies are the tastemakers of tomorrow. Isn’t that funny? The tables have turned” – Kristen Bell

“Every woman in her late 20s goes through a period where she just doesn’t believe love is out there anymore, but it is. And I think the minute you stop looking for it is when it comes for you.” – Kristen Bell

“I refused to worry about something I could not change, and I still refuse. Look, I’m like any other woman. All this evolved b.s. that I’m telling you is my mantra. It’s not something I practice naturally. I had to surrender to not worrying about the way I looked, how much I weighed because that’s just part of the journey of having a baby. I am not a woman whose self-worth comes from her dress size” – Kristen Bell

Now that you know all about Kristen Bell’s net worth, and how she achieved success; let’s take a look at some of the lessons we can learn from her:

Many of us think that once we’ve graduated from school or college, we’re done learning. Wrong. You must remain a student until the day you die. You must create your own syllabus for what you will learn next.

Successful, responsible people don’t leave ice cubes on the floor. They square away the little things.

You are ultimately the boss of your life. But constantly acting like the boss will not get you far with people. Seeking to learn from those around you means acting like a student.

How much is Kristen Bell worth?

Kristen Bell’s net worth is estimated to be $40 Million.

How old is Kristen Bell?

How tall is Kristen Bell?

Kristen Anne Bell is an American actor and singer. She won the most prominent role of her career as Veronica Mars in the series of the same name, winning her many accolades.

What do you think about Kristen Bell’s net worth? Leave a comment below.