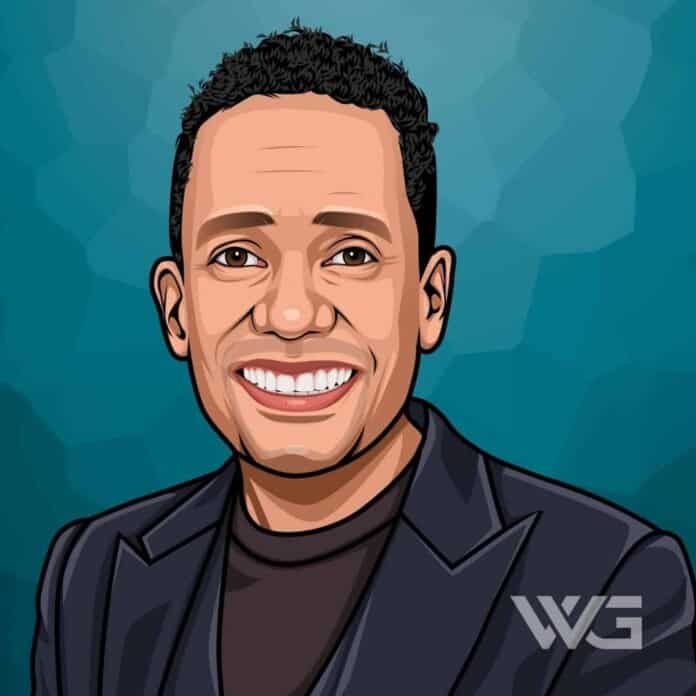 What is Hill Harper’s net worth?

Hill Harper is a well-established actor. Harper is best known for starring in the CBS drama series ‘CSI: NY.’

Harper is the son of Harry D. Harper II and Marilyn Harper. His mother was one of the first black practicing anesthesiologists in the United States.

Harper adopted the name “Hill” as a tribute to birth his paternal ancestors. He has been acting since he was 7 years old. Harper graduated from Bella Vista High School in 1984.

Harper’s first roles in television came in 1993 with a role on the Fox series ‘Married… with Children.’ He had his first acting role in a film with Spike Lee’s ‘Get on the Bus’ in 1996. He further demonstrates his versatility in films such as ‘Hav Plenty’ and ‘He Got Game.’

Harper rose to dame thanks to roles in films ‘Beloved’, ‘Loving Jezebel’ and ‘The Skulls.’ He did some of his most acclaimed work in Jordan Walker-Pearlman’s ‘The Visit.’

He played an investigator on the CBS crime drama ‘CSI: NY’ for nine seasons. In 2013, it was announced that the series would be ending, and Harper would be joining the cast of ‘Covert Affairs. Between April 21, 2015, to May 10, 2015, Harper starred in the Off-Broadway play ‘ToasT.’

How Does Hill Harper Spend His Money?

Hill Harper spends a lot of his income on real estate, and he owns multiple lavish homes.

In 2017, Harper purchased a beautiful mansion in Detroit. The home then hosted the 2018 Designers’ Show House. The following year, he purchased a home in Malibu for $4.1 million.

The outside area features a dining terrace and meticulous landscaping. His real estate portfolio includes a few other properties. In 2003, he bought a home in Hollywood Hills for $915,000.

Here are some of the best highlights of Hill Harper’s career:

“Dr. King said, ‘We are all tied together in a garment of mutual destiny.’ Which says to me no matter how well I may be doing in Hollywood, if a young brother or sister in Louisiana, the South Bronx, the South Side of Chicago, South Central Los Angeles – is not doing well, then I’m not doing very well.” – Hill Harper

“The word ‘courage,’ one of my favorite words, the root or the etymology of that word is ‘cour,’ which means heart. I think true courage is actually following your heart and not getting or succumbing to other people’s definition of what your life should be. Live your life.” – Hill Harper

“If you have a debt issue or credit card issue, start dealing with it. If you have a tax issue, don’t just say, ‘I’m not going to file.’ There are ways to deal with these things, but you must communicate with your creditors, whether it’s a credit card company or tax department.” – Hill Harper

Now that you know all about Hill Harper’s net worth and how he achieved success; let’s take a look at some of the lessons we can learn from him:

You deserve a great life. You will become unreasonably happy. And you can. And you will.

How much is Hill Harper worth?

Hill Harper’s net worth is estimated to be $12 Million.

How old is Hill Harper?

How tall is Hill Harper?

Hill Harper is an American actor and author best known for his roles on series such as ‘CSI: NY,’ ‘Limitless,’ and ‘The Good Doctor.’

Harper appeared in all episodes of ‘CSI’ and won numerous awards for the role. He has become one of the most recognizable faces on television.

What do you think about Hill Harper’s net worth? Leave a comment below.