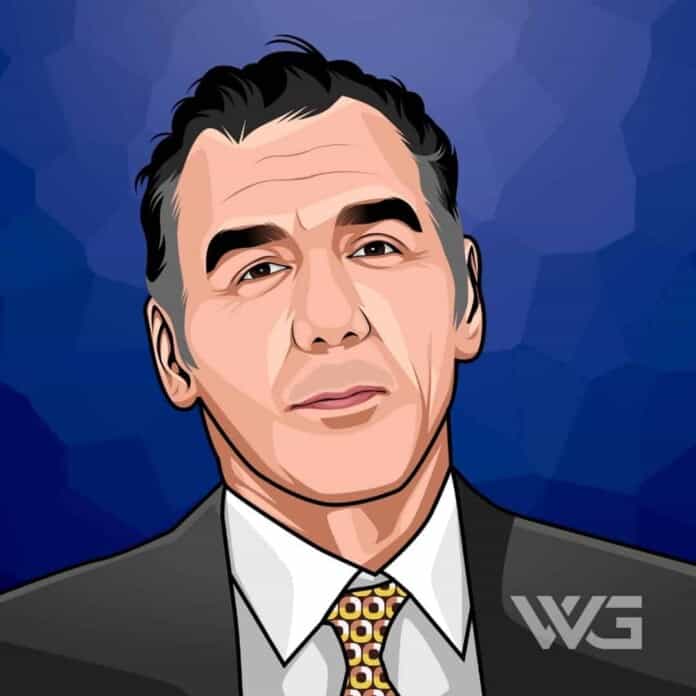 What is Michael Richards’ net worth?

As of December 2022, Michael Richards’ net worth is estimated to be roughly $30 Million.

Michael Richards is an American actor, writer, television producer, and comedian, widely known for his portrayal of Cosmo Kramer on the television sitcom ‘Seinfeld’.

Michael Anthony Richards was born on the 24th of July, 1949, in Culver City, California. Richards is the son of Phyllis, a medical records librarian of Italian descent and William Richards, an electrical engineer of Scottish and English descent.

Richards graduated from Thousand Oaks High School. In 1968, he appeared as a contestant on The Dating Game, however, he was not chosen for the date.

In 1989, he was cast as Cosmo Kramer in the NBC television series ‘Seinfeld’, which was created by fellow Fridays cast member Larry David and comedian Jerry Seinfeld.

The series ended its nine-year run in 1998 at #1 in the Nielsen ratings. In the setting of Seinfeld, Kramer is usually referred to by his last name only and is the neighbor of the show’s eponymous character.

Richards won more Emmy Awards than any other cast member on ‘Seinfeld’. He took home the award for Outstanding Supporting Actor in a Comedy Series in 1993, 1994 and 1997.

In 2000, after the end of Seinfeld, Richards began work on a new series for NBC, his first major project since Seinfeld’s finale.

The Michael Richards Show, for which the actor received co-writer and co-executive producer credits, was originally conceived as a comedy/mystery starring Richards as a bumbling private investigator.

As of December 2022, Michael Richards’ net worth is estimated to be $30 Million.

Here are some of the best highlights of Michael Richards’ career:

“When you perform in front of an audience after only two days of rehearsal, you’re flying by the seat of your pants – particularly when they’re rewriting the show right up to the moment the camera goes on.” – Michael Richards

“It’s strange how parts come along, how life lives us, and what we get to do with the abilities that are given us.” – Michael Richards

“I’m a performer. I push the envelope, I work in a very uncontrolled manner onstage. I do a lot of free association, it’s spontaneous, I go into character.” – Michael Richards

“I’ll get to the force field of this hostility, why it’s there, why the rage is in any of us, why the trash takes place, whether or not it’s between me and a couple of hecklers in the audience or between this country and another nation, the rage.” – Michael Richards

“It’s more of just taking what we had on the students and trying to introduce them to some ‘flavor,’ and have others gain some interest in it. It’s not too much of one thing – people will get things in all areas of art. We’ll have poetry, dancing and a bunch of random things that reflect on the department.” – Michael Richards

Now that you know all about Michael Richards’ net worth, and how he achieved success; let’s take a look at some of the strongest lessons we can learn from him:

It doesn’t matter how good-looking or successful someone is, or how much money they make—no one in this world is above you. Or beneath you.

Forgiving someone doesn’t mean letting their negative behavior continue in your life.

Learn the best ways to say the words “no” and “enough.”

How much is Michael Richards worth?

Michael Richards’ net worth is estimated to be $30 Million.

How old is Michael Richards?

How tall is Michael Richards?

Michael Richards is an American actor who is best known for his role as Cosmo Kramer on the hit 90’s sitcom “Seinfeld”. He got his first big TV break in 1979, appearing on Billy Crystal’s first cable TV special.

Richards has won more Emmys than any other Seinfield show actor, taking home the award for ‘Outstanding Supporting Actor’ in a Comedy Series in 1993, 1994, and 1997.

As of December 2022, Michael Richards’ net worth is roughly $30 Million.

What do you think about Michael Richards’ net worth? Leave a comment below.