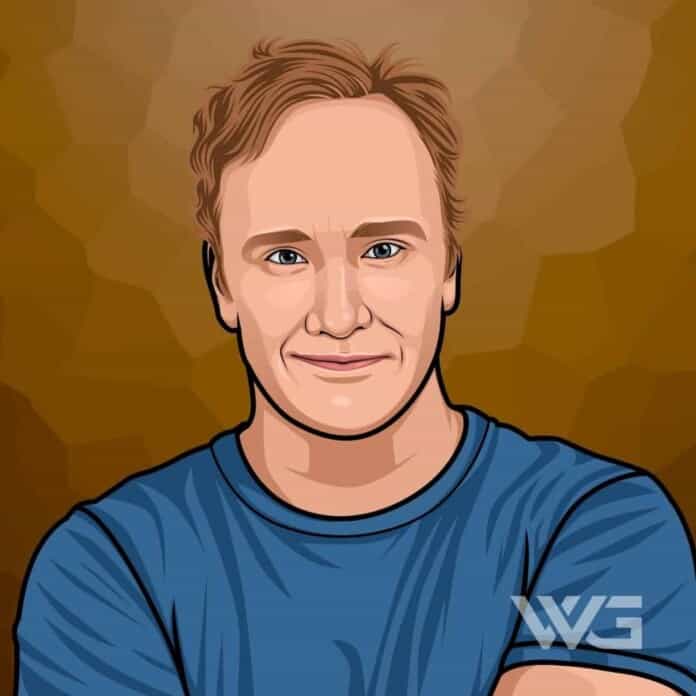 What is Jay Mohr’s net worth?

Jay Mohr is an American actor, comedian, and radio host.

Mohr is best known for his role on the TV comedy series ‘Action,’ ‘Ghost Whisperer and ‘Gary Unmarried’.

He was also a featured cast member on the sketch comedy show ‘Saturday Night Live’ and the back-stabbing sports agent Bob Sugar in Jerry Maguire.

Mohr had two sisters, Julia and Virginia. He is of Scottish ancestry. Mohr was raised Presbyterian but later converted to Roman Catholicism.

Mohr spent two seasons on NBC’s ‘Saturday Night Live’ from 1993 to 1995. After this, he launched a career on both the big and the small screen.

Mohr made his breakthrough as the back-stabbing sports agent Bob Sugar in ‘Jerry Maguire and Jennifer Aniston‘s pretend fiancé in the romantic comedy ‘Picture Perfect’ in 1997. He later starred in ‘Outlaw’ and ‘Hereafter’.

In 2004, he released his first book ‘Gasping for Airtime: Two Years in the Trenches of Saturday Night Live’. It was published by Hyperion and chronicled his two years working on Saturday Night Live. In 2010, publisher Simon & Schuster released Mohr’s second book, ‘No Wonder My Parents Drank: Tales from a Stand-Up Dad.’

Between 2008 to 2010, he did have a successful appearance as a divorced dad in ‘Gary Unmarried’ among various other sitcoms. He also made his debut as a film producer with the series ‘Action’. Throughout his career, he has been nominated for a Primetime Emmy Award and a Grammy Award.

In 2013, he served as the host of Jay Mohr Sports, a daily midday sports radio talk show on Fox Sports Radio. He has two children, and he has one with former model Nicole Chamberlain and the other with actress Nikki Cox.

How Does Jay Mohr Spend His Money?

Jay Mohr spends some of his money on real estate.

Here are some of the best highlights of Jay Mohr’s career:

“I lose eight minutes on the back end of the joke with the pay-off of the call-back. I would never say “How ’bout this?” because what she wrote was so funny and so unique: three topics that have not been spoken about at all, but still, it’s right down the middle. It’s relationship stuff. If a couple is going to stay together, they not only need to have similar interests, they need to have similar hates.” – Jay Mohr

“I’m thrilled that it’s a group of blue-collar, hard-working, “How far do I have to drive? What time do I have to get up? I don’t care, I want to get to the microphone”. There’s no alternative, ‘too cool for the room’ guys or gals, so everybody’s worthy. But what would it mean to me?” – Jay Mohr

“Let me tell you something. You’re out of Philly. If I’m Chip Kelly, I cannot get to the nearest [Chevy Camaro] IROC fast enough and do a doughnut in front of the Liberty Bell, with a cheesesteak, flipping the bird. Everyone thinks he’s a racist because he cut three guys?”  – Jay Mohr

“I think it’s weird. Over the past 18 years, I always seem to be riding three separate horses in the same race: stand-up, acting, Podcast, book, novel, memoir, and radio show. If it were for all of those, I would tell myself, “There is always more time, and there is always more money. Slow down.” – Jay Mohr

“If you act in a movie, the first thing they say is, “Can we get you some breakfast?” you say, “Sure,” they feed you, and then you go into a big, giant RV camper, and they say, “We won’t get to you for a few hours, you wanna lay down?.” – Jay Mohr

Now that you know all about Jay Mohr’s net worth and how he achieved success; let’s take a look at some of the lessons we can learn from him:

People are more interested in someone who goes on stage and tells the truth.

Fantasy football is not only a good thing but a great thing.

Do you know how to tell if the teacher is hungover? Movie Day.

How much is Jay Mohr worth?

Jay Mohr’s net worth is estimated to be $4 Million.

How old is Jay Mohr?

How tall is Jay Mohr?

Jay Mohr is an American actor, comedian, and radio host.

Mohr is best known for his work in the film ‘Jerry Maguire.’ Mohr also recurred on ‘Ghost Whisperer’ and starred in the show ‘Gary Unmarried.’ Mohr was also the creator, producer, and host of ‘Last Comic Standing”‘ for its first three seasons. He was born in Verona, New Jersey.

What do you think about Jay Mohr’s net worth? Leave a comment below.