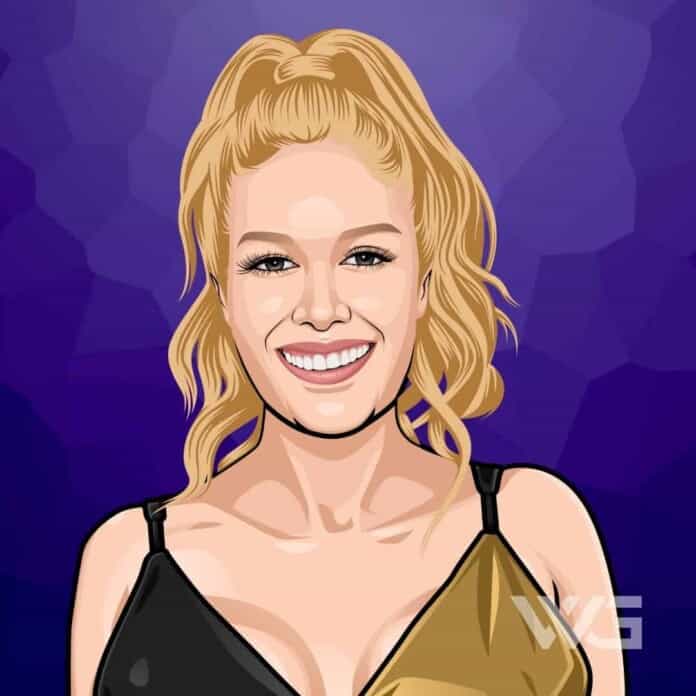 What is Heidi Montag’s net worth?

Heidi Montag is an American reality television personality. Montag was born in Colorado. In 2006, she rose to fame after being cast in the MTV reality series ‘The Hills.’

During its production, she attended the Fashion Institute of Design & Merchandising and was employed by event planning company Bolthouse Productions.

Heidi Blair Pratt was born on the 15th of September, 1986, in Colorado. Pratt is the daughter of Darlene and Bill Montag.

Her mother married Tim Egelhoff, and they owned The Timberline restaurant for 21 years. She has an older sister named Holly.

After graduating from high school, she moved to California and attended the Academy of Art University in San Francisco for one semester.

She befriended Lauren Conrad, who was a cast member of the television series ‘Laguna Beach: The Real Orange County.

Montag gained fame by becoming a cast member of the MTV reality series ‘The Hills.’ She met Lauren Conrad when they attended the Fashion Institute of Design & Merchandising in Los Angeles.

The pair became instant friends. Montag left the Fashion Institute of Design & Merchandising when she was hired at Bolthouse Productions.

Both Conrad and Montag appeared in ‘The Hills,’ which aired from 2006 to 2010. Montag began dating fellow cast member Spencer Pratt during the series.

She released a debut album ‘Superficial’ in 2010. The digital album sold only 1,000 copies in the first week. Montag’s song “More Is More” from Superficial is the only song that made the music charts.

She has appeared on shows like ‘Celebrity Big Brother’ and ‘I’m a Celebrity… Get Me Out of Here.

In 2019, Montag and Spencer returned to MTV as part of the Hills: New Beginnings series.

How Does Heidi Montag Spend Her Money?

Montag owns a stunning beach home in Santa Barbara. It comes with an incredible balcony with a nice view over Santa Barbara and a gaming room.

Throughout the years, Montag has helped different charities. Some of these charities include Bony Pony Ranch.

Montag has been seen driving a lavish Porche Cayenne and a Camaro SS.

Here are some of the best highlights of Heidi Montag’s career:

“I am fun, and I do have a good time. I have a good heart. Not all jokes. I’m very, very hardworking. I’m very academic.” – Heidi Montag

“If they don’t hate on you, then you’re not doing anything right. If women aren’t jealous of you, talking about you and cutting you down, then you’re a nerd, and I would never want to be that.” – Heidi Montag

“God knows the truth in all of this, and at the end of the day, that is the only thing that matters. Jesus was persecuted, and I’m going to get persecuted, ya know?” – Heidi Montag

“I mean, if you need a minute to yourself, you aren’t going to get it, but you just have to realize it’s what you signed up for because those difficult moments are what make for a much better show.” – Heidi Montag

“I’ve always been this way. This is who I am. Take it or leave it. You’ll either hate me, or you’ll love me. I have a strong personality that isn’t necessarily good or bad. Really don’t mind what people in Oklahoma who I don’t know think of me. I really only care about the people in my life.” – Heidi Montag

“My relationship with my mom has really evolved since The Hills. We had a tough time getting through that, and I didn’t talk to her for almost two years, but since then, we have learned to get over the past and move forward.” – Heidi Montag

Now that you know all about Heidi Montag’s net worth and how she achieved success; let’s take a look at some of the lessons we can learn from her:

If you want to change your hair color or nail color or things like that, it’s fine, but you have to realize the dangers and repercussions of surgery.

Montag thought plastic surgery was easy, but it is really serious and not something you want to mess around with.

You’re unique for your own personality, be you.

How much is Heidi Montag worth?

Heidi Montag’s net worth is estimated to be $300 Thousand.

How old is Heidi Montag?

How tall is Heidi Montag?

Heidi Montag is an American reality television personality best known for the series ‘The Hills’.

Montag met Lauren Conrad when they both attended the Fashion Institute of Design & Merchandising in Los Angeles. After that, she became a key player on the Hollywood gossip circuit.

She has enjoyed both the highs and the lows of celebrity life. In addition to being a reality TV star, she is a singer as well. She has also been seen in ‘Celebrity Big Brother.’

What do you think about Heidi Montag’s net worth? Leave a comment below.