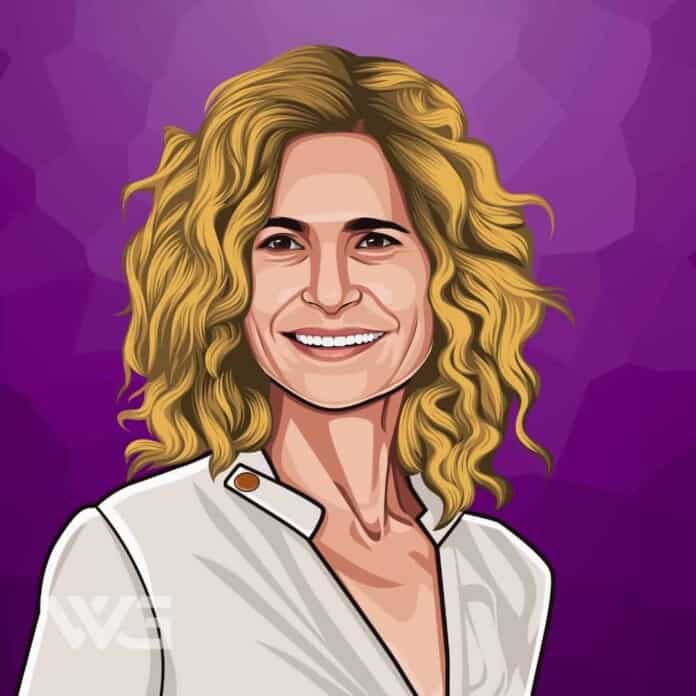 What is Kyra Sedgwick’s net worth?

Kyra Sedgwick is an American actress, producer, and director.

She is best known for her role as Deputy Cheif Brenda Leigh Johnson on the drama ‘The Closer.’ She won a Golden Globe Award for her portrayal in 2007 and an Emmy Award in 2010.

The series ended in 2012. She also became known for her role as Madeline Wuntch on the sitcom ‘Brooklyn Nine-Nine.’

Kyra Minturn Sedgwick was born on the 19th of August, 1965, in New York. Sedgwick is the daughter of Patricia Heller and Henry D. Sedgwick. Her father was a venture capitalist, and her mother was a family therapist.

Sedgwick’s parents divorced when she was 6 years old, and her mother married an art dealer. Kyra graduated from Friends Seminary and later attended Sarah Lawrence College before transferring to the University of Southern California.

Kyra Sedgwick was 16 years old when she received her first opportunity to become an actress. She went on to land a role in the American series ‘Another World’. Over the next decade, she starred in ‘Cindy Eller: A Modern Fairy Tale’ and ‘Lemon Sky.’

She gained her first big-screen role when she starred in ‘Born on the Fourth of July’ in 1989. The same year, Sedgwick got a role in the award-winning movie ‘Miss Rose White.’

A few years later, Sedgwick received her big role in ‘Singles.’ She collaborated with other stars including Matt Dillon, bridge Fonda, Eddie Vedder, and Chris Cornell.

She has been seen in movies including ‘Heart and Souls,’ ‘Something to Talk About,’ ‘Phenomenon,’ ‘Secondhand Lions,’ ‘The Game Plan,’ and ‘The Woodsman.’

Sedgwick produced the series ‘Proof’, which debuted in 2015 for one season. She also featured on the series ‘Brooklyn Nine-Nine’ the same year.

How Does Kyra Sedgwick Spend Her Money?

Kyra Sedgwick earned around $150 thousand per episode when she starred in ‘The Closer.’

Earning that type of fortune means that she could buy whatever she wants. From what we do know, is that she purchased a beautiful mansion alongside her husband in Los Angeles.

Kyra Sedgwick and her husband, Kevin Bacon, own an incredible mansion in Los Angeles.

The couple purchased the mansion for $2.5 million. It features a chef’s kitchen, high ceilings, a gym, an office, a guest bedroom, many bedrooms, three bathrooms, landscaping, a fountain, and a pool.

According to public records, the duo also owns a 40-acre property in Connecticut, which they bought in the 1990s.

Here are some of the best highlights of Kyra Sedgwick’s career:

“He put a ring in the toe of a stocking. On Christmas Eve, we opened our stockings, and it was there at the bottom of the toe. Then he got down on his knees, and he was shaking.” – Kyra Sedgwick

“While it is challenging working with a kid because they’re so of the moment all the time. My acting style is to try to take something from my life that the character can relate to and that I can relate the character to.” – Kyra Sedgwick

“I have too much respect for the characters I play to make them anything but as real as they can be. I have a great deal of respect for all of them. Otherwise, I wouldn’t do them. And I don’t want to screw them by not portraying them honestly.” – Kyra Sedgwick

“Hollywood movies are run on fear, and they don’t want to make bold choices. They, generally, speaking want to keep things status quo. That’s not really interesting for me.” – Kyra Sedgwick

“Sometimes, when you do apart, the wall between you and the characters can be very porous. You can sort of move in and out of your character’s persona and being. And that couldn’t happen on this one because of working with him.” – Kyra Sedgwick

Now that you know all about Kyra Sedgwick’s net worth and how she achieved success; let’s take a look at some of the best lessons we can learn from her:

We do spend time talking about it, and we puzzle through it together. We ride the roller coasters together – the high highs and the low lows.

Shame is such an intense emotion. It just can drive you.

But when you’re in something together, it’s tough to be objective, and you’re very subjective.

It’s easier in some ways being on the life raft, and the other guy’s in the boat, and you can row alongside and be supportive. In some ways, that’s an easier role.

How much is Kyra Sedgwick worth?

Kyra Sedgwick’s net worth is estimated to be $45 Million.

How old is Kyra Sedgwick?

How tall is Kyra Sedgwick?

Kyra Sedgwick is an incredible actress who probably is best known for her role in the series ‘The Closer.’

She received her first professional acting role when she was 16 years old.

After the success with the movie ‘Born on the Fourth July,’ she got more roles in movies such as ‘Singles,’ ‘Heart and Souls’ and ‘Phenomenon.’ ‘The Closer’ became one of her best notable works, and the series ran for seven seasons.

What do you think about Kyra Sedgwick’s net worth? Leave a comment below.