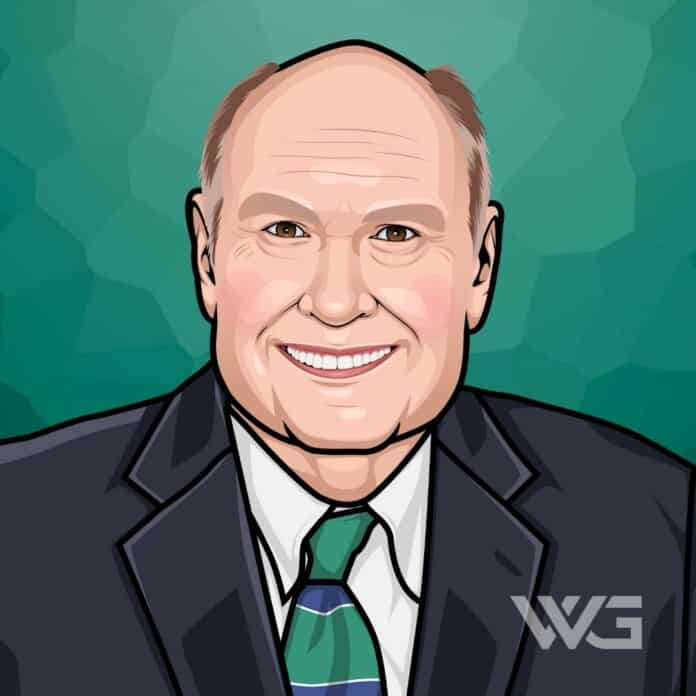 What is Willard Scott’s net worth?

Willard Scott is an American retired weather presenter and actor.

Scott is best known for his TV work on the Today show as a weather reporter and as the creator and original portrayer of Ronald McDonald. Scott teamed with Ed Walker as co-host of the ‘Joy Boys’ radio program from 1955 to 1972.

Scott attended George Washington High School. He showed an interest in broadcasting as a 16-year-old, working in 1950 as an NBC page at WRC, NBC’s owned-and-operated radio station in Washington.

He attended American University, where he worked alongside fellow student Ed Walker at WAMU-AM, the university’s radio station. Scott became a member of Alpha Sigma Phi fraternity while at American University and graduated with a Bachelor of Arts degree.

From 1955 to 1972, he teamed with Walker as co-host of the nightly Joy Boys radio program on NBC-owned WRC radio. (This was interrupted from 1956 to 1958 when Scott served on active duty with the U.S. Navy.

Scott spent the 1960s balancing his radio career with jobs as the host of children’s television programs. He appeared on WRC radio’s sister station, WRC-TV.

He worked as the narrator for NASA’s weekly program called ‘The Space Story,’ with his contributions spanning from the Apollo Program to the Space Shuttle. Scott was tapped by NBC in 1980 to become its weatherman for The Today Show.

During the 1980s, Scott did weather reports on the road, interviewing locals at community festivals and landmarks. He also periodically performed on the program from Washington, D.C.

In 1989, The Today Show co-host Bryant Gumbel wrote an internal memo critical of the show’s personalities, which was later leaked to the media.

How Does Willard Scott Spend His Money?

Scott has helped the organization Meals On Wheels.

Here are some of the best highlights of Willard Scott’s career:

“Why do we love our grandparents so much? Part of the reason I think has to do with the tremendous natural affection and affinity that kids have for older people, whether they are their actual grandparents or not.” – Willard Scott

“The TV weatherman has always been one of the best, most secure jobs. They change anchors, they change the set, producers come and go. But the weather person hangs on forever!” – Willard Scott

“My grandmother was a typical farm-family mother. She would regularly prepare dinner for thirty people, which meant something was always cooking in the kitchen. All of my grandmother’s recipes went back to her grandmother.” – Willard Scott

“I still start to get panicky each morning before I go on television. I’ll say, ‘I’m in awful shape, something is wrong,’ and if I start to look like I’m going off the deep end, Jimmy Straka, the stage manager, will say, ‘You’re all right. Calm down.’ Then Bryant Gumbel will grab me by the leg or something.” – Willard Scott

“Now that I’m a grandfather myself, I realize that the best thing about having grandkids is that you get the kid for the best part of the ride – kind of like owning a car for only the first 10,000 miles. You can have your grandchildren for a couple of days and then turn them back over to the parents.” – Willard Scott

Now that you know all about Willard Scott’s net worth and how he achieved success; let’s take a look at some of the lessons we can learn from him:

1. Be Honest About Yourself

Positive feelings come from being honest about yourself and accepting your personality, and physical characteristics, warts and all; and, from belonging to a family that accepts you without question.

Everyone complains about the weather, but nobody ever seems to do anything about it.

A good marriage is like an incredible retirement fund. You put everything you have into it during your productive life, and over the years, it turns from silver to gold to platinum.

How much is Willard Scott worth?

Willard Scott’s net worth is estimated to be $10 Million.

How old is Willard Scott?

How tall is Willard Scott?

Willard Scott is an American actor, media personality, and comedian.

Scott is most widely recognized as the former weatherman for the Today Show. He wrote ‘Joy Boys’ and has authored or co-authored eight books. Willard Scott is also the creator and original portrayer of Ronald McDonald.

What do you think about Willard Scott’s net worth? Leave a comment below.