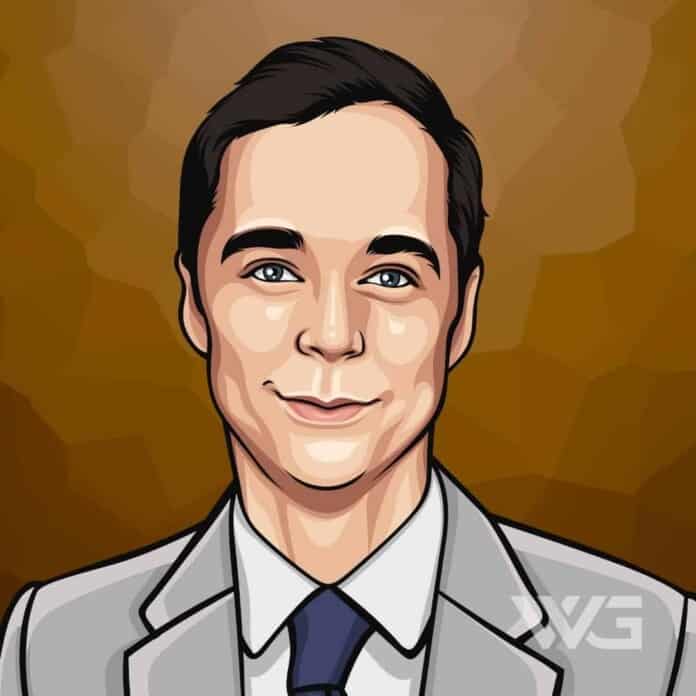 What is Jim Parsons’ net worth?

Jim Parsons is an American actor and producer from Texas.

Parsons is best known for playing Sheldon Cooper in the CBS sitcom ‘The Big Bang Theory’.

He has received several awards for his performance, including four Primetime Emmy Awards for Outstanding Lead Actor in a Comedy Series and the Golden Globe Award for Best Actor in a Television Series Musical or Comedy.

James Joseph Parsons was born on the 24th of March 1973, in Houston, Texas.

Parsons has a sister Julie Ann Parsons, who later became a teacher. He attended Klein Oak High School. He played a role in a school play at the age of six after which he became quite determined to pursue a career in acting.

In the early days of his career, Parsons mostly appeared in theatrical productions.

He appeared in the films ‘Garden State’, and ‘Heights’  where he played supporting roles. He also played a supporting role in an American drama series named ‘Judging Amy’.

Parsons auditioned for the role of Sheldon Cooper in the series ‘The Big Bang Theory.’ Though he didn’t feel any sort of a connection with the character, he felt that the role would really suit him after going through the script. He cleared the audition and started playing the character in the show in 2007.

The series was about four geeky men and a woman named Penny, who works as a waitress and is also an aspiring actress. It became hugely popular and Parsons gained fame on an international level.

Over the years, he appeared in several TV movies, such as ‘The Big Year’ and ‘Wish I was Here’. He has also played voice roles in episodes of TV shows like ‘Eureka’ and ‘Who Do You Think You Are?’.

Here are some of the best highlights of Jim Parsons’ career:

“You think of it [voicing] as something where you not only don’t //need// your body, but you don’t even have it to use! There’s nothing you can do with your body that’s going to show in the final product. Maybe that’s all the more reason I used my body so much to get whatever noise or sounds out of it I could. When it was needed to keep the energy up I found myself almost running in place! It is very physical.” – Jim Parsons

“Invoicing so much is left to your imagination to create the world around you like that. It’s really the essence of what’s so fun for, I think, many people when they first start to want to be an actor, is that they realize they enjoy making up a world around them to exist in, a whole situation and a whole way of being. And even more so than theatre, animation requires that because there’s just nothing to go on. It’s in your head and your heart or it’s not there at all.” – Jim Parsons

“[Voicing a cartoon] feels like going down a mysterious but joyful black hole. Once you relax for 15 or 20 minutes, and really go, “I don’t care if I look like an ass,” it’s really fun to see what happens. You know that nothing is being visually judged.” – Jim Parsons

“I didn’t have an imaginary childhood friend, but I did one day imagine somehow tiny green men, and they were only tiny and green because my brother had a ton of toy soldier toys that came on a skateboard plank type of thing, and I just envisioned in this car driving to church with my mom, they were there.” – Jim Parsons

“You learn a lot as a kid like you don’t know anything. I didn’t know what was gonna happen if I opened the door. I thought I was gonna be in another world somehow.” – Jim Parsons

View our larger collection of the best Jim Parsons quotes!

Now that you know all about Jim Parsons’ net worth, and how he achieved success; let’s take a look at some of the strongest lessons we can learn from him:

The journey to your goal could be a long one. So make sure you take the time to celebrate your progress along the way. Eat a nice dinner. High five your teammates. Success is worth celebrating.

2. Figure Out Your Why

Whether it’s supporting your family or making an impact on the world, figuring out your why is critical to taking your work to the next level.

Focus your energy on amplifying those strengths rather than trying to be mediocre at everything. Better to be an expert at a few things than a mediocre jack of all trades!

How much is Jim Parsons worth?

Jim Parsons’ net worth is estimated to be $160 Million.

How old is Jim Parsons?

How tall is Jim Parsons?

Jim Parsons is an American actor best known for his role as Sheldon Cooper in the popular comedy series ‘The Big Bang Theory’.

He has won several awards throughout his career which include four Emmy Awards, one Golden Globe Award, and one Teen Choice Award.

As of November 2022, Jim Parsons’ net worth is approximately $160 Million.

What do you think about Jim Parsons’ net worth? Leave a comment below.

What is Nervo's net worth? Introduction  Nervo is an Australian DJ...