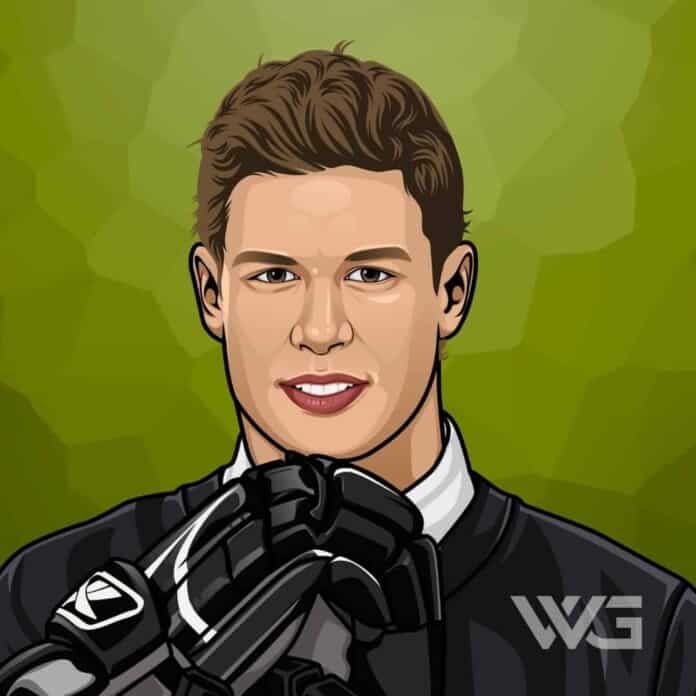 What is Sidney Crosby’s net worth?

Crosby is the captain of the Pittsburgh Penguins of the National Hockey League. He was selected first overall by the Penguins in the 2005 NHL Entry Draft. Crosby is widely regarded as one of the greatest ice hockey players of all time.

As of December 2022, Sidney Crosby’s net worth is estimated to be roughly $75 Million.

Sidney Patrick Crosby was born on the 7th of August, 1987, in Canada.

Crosby is the son of Troy and Trina. He grew up in nearby Cole Harbour and had a younger sister named Taylor.

Troy was a goaltender who played for the Verdun Junior Canadiens in the Quebec Major Junior Hockey League. In 1985, he played in the 1Memorial Cup and was drafted 240th overall by the Montreal Canadiens in 1984.

In 2003, Crosby was selected first in the Midget Draft by the Rimouski Océanic of the Quebec Major Junior Hockey League. In his first game, he scored eight points, leading his teammates to nickname him “Darryl”.

During the off-season, the World Hockey Association, a major professional league proposed to rival the NHL, held an Entry Draft on July 17, 2004. Holding the first overall selection, Toronto chose Crosby. The following month, it was reported that Crosby turned down a US$7.5 million contract.

In 2005, he entered the NHL Entry Draft. Overall, he was listed in the NHL Central Scouting Bureau and International Scouting Services’ respective rankings of prospects.

In the 2009 – 2010 season, he tied Tampa Bay Lightning center Steven Stamkos for the lead in goals scored, with 51 goals, earning the Rocket Richard Trophy.

In 2014, Crosby captained Team Canada in the Winter Olympics. The following year,  he led his country to gold in the World Championship in Prague, thus becoming a member of the Triple Gold Club and the only player in the club to have captained all three winning teams.

As of December 2022, Sidney Crosby’s net worth is estimated to be roughly $75 Million

How Does Sidney Crosby Spend His Money?

One of Sidney Crosby’s most notable car purchases includes a Tesla.

Here are some of the best highlights of Sidney Crosby’s career:

“I think that everyone has an equal right to play and I think we’ve been supportive of that. With the Olympics and the controversy around that I think those decisions and those laws aren’t necessarily something that I agree with personally … their laws and their views.” – Sidney Crosby

“I think every athlete will tell you no matter what sport you’re in when you train so hard and when you care so much about doing what you do, there are a little bit of nerves that come with that. But nerves that won’t prevent you from performing, nerves that, hopefully, allow you to be that much more motivated and inspired to do well.” – Sidney Crosby

“I’d never complain about the attention – ever. I feel very fortunate to be doing what I love to do. Not everyone gets that chance every day. This is just part of it, and it comes down to managing my time to make sure I concentrate on my passion, which is the hockey, and have time away from hockey.” – Sidney Crosby

“It’s more frustrating. My expectation probably wasn’t that I’d play [during the playoffs], but I was just trying to make sure that if there was any chance that it was possible to come back that I was ready and that I’d done everything I could to be ready. It’s frustrating, disappointing. But can’t really control any of that.” – Sidney Crosby

Now that you know all about Sidney Crosby’s net worth and how he achieved success; let’s take a look at some of the lessons we can learn from him:

You’re not human if you don’t get nervous.

Challenging someone is good. You need to do it. Sometimes they don’t even realize you’re doing it.

People are going to have their opinions. Whether it’s good or bad.

How much is Sidney Crosby worth?

Sidney Crosby’s net worth is estimated to be $75 Million.

How old is Sidney Crosby?

How tall is Sidney Crosby?

Sidney Crosby is a Canadian ice hockey player who plays for the NHL.

He exhibited his skills at junior and high school and got drafted by the Penguins in 2005.

As of December 2022, Sidney Crosby’s net worth is estimated to be roughly $75 Million.

What do you think about Sidney Crosby’s net worth? Leave a comment below.