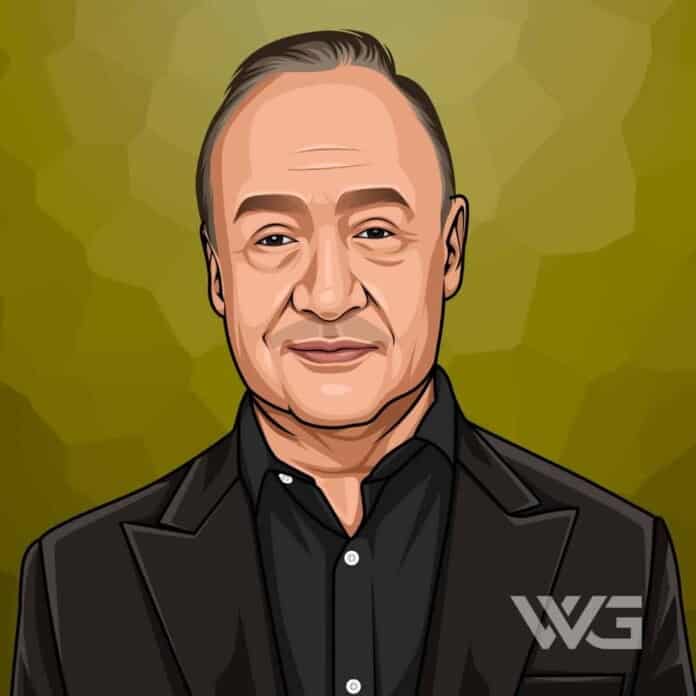 What is Len Blavatnik’s net worth?

Len Blavatnik is a British-American businessman, investor, and philanthropist.

Blavatnik made his fortune through business via diversified investments in myriad companies through his conglomerate company, Access Industries.

As of November 2022, Len Blavatnik’s net worth is estimated to be roughly $32 Billion.

Sir Leonard Blavatnik was born on the 14th of June, 1957, in Soviet Ukraine.

He attended Moscow State University of Railway Engineering but did not complete his coursework due to the family’s request for emigration visas.

His family emigrated from the Soviet Union to the United States of America in 1978, and he received a master’s in computer science from Columbia University and an MBA from Harvard Business School in 1989.

In 1986, Blavatnik founded Access Industries, an international conglomerate company located in New York, of which he is chairman and president. Access has long-term holdings in Europe and North and South America.

He and a friend from university, Viktor Vekselberg, formed the Renova investment vehicle, and then the two joined with Mikhail Fridman’s Alfa Group to form the AAR venture.

Access has since diversified its portfolio to include investments in industries such as oil, entertainment, coal, aluminum, petrochemicals and plastics, telecommunications, media, and real estate.

In August 2005, Access Industries bought petrochemicals and plastics manufacturer Basell Polyolefins from Royal Dutch Shell and BASF for $5.7 billion. On December 20, 2007, Basell completed its acquisition of the Lyondell Chemical Company for an enterprise value of approximately $19 billion.

In early 2010, Access Industries was reported as one of the handful of bidders for Metro-Goldwyn-Mayer. The same year,  Blavatnik sued JPMorgan Chase after losing $100 million after following Morgan’s advice three years earlier to buy mortgage securities with AAA credit ratings.

Here are some of the best highlights of Len Blavatnik’s career:

“You know, where we have the sense that we can’t live without love. That life has very little meaning without love.” – Len Blavatanik

“You can keep the body as well-oiled and receptive as possible, but whether you’re actually going to be able to go for the long haul is really not your own choice.” – Len Blavatanik

“When things get really bad, just raise your glass and stamp your feet and do a little jig. That’s about all you can do.” – Len Blavatanik

“We used to play music for fun. Much more than now. Now nobody picks up a guitar unless they’re paid for it.” – Len Blavatanik

Now that you know all about Len Blavatnik’s net worth, and how he achieved success; let’s take a look at some of the lessons we can learn from him:

1. Do What You Can For Other People

Love and compassion for our fellow human beings are some things we can practise every day. Even if it’s just something small, you’re making the world a better place.

If you fail at something – it doesn’t matter. It is having the courage to try over and over until you’re successful which is important in life.

3. Be True To Yourself

Being true to yourself can help you take actions that make YOU happy and fulfilled and achieve your dreams.

How much is Len Blavatnik worth?

Len Blavatnik’s net worth is estimated to be $32 Billion.

How old is Len Blavatnik?

How tall is Len Blavatnik?

Len Blavatnik is a Ukrainian-American businessman who has earned his net worth through his business investments in coal, oil, real estate, and more, as well as serving on the board of many companies and Universities.

As of November 2022, Len Blavatnik’s net worth is estimated to be $32 Billion.

What do you think about Len Blavatnik’s net worth? Leave a comment below.