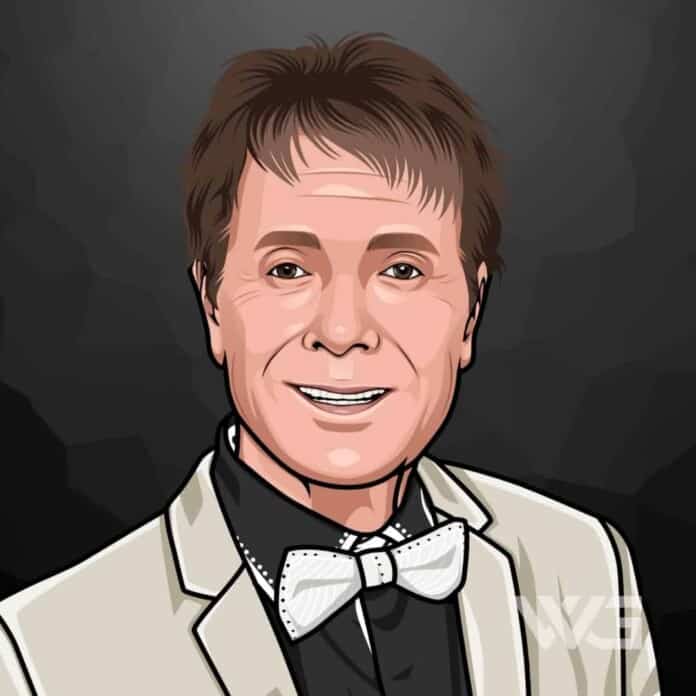 What is Cliff Richard’s net worth?

Cliff Richard is an English singer, musician, actor, and philanthropist.

Richard is one of the best-selling music artists of all time. He has total sales of over 21.5 million singles in the United Kingdom and is the third-top-selling artist in UK Singles Chart history. Richard dominated the British popular music scene in the pre-Beatles period.

His parents were Rodger Oscar Webb and Dorothy Marie Dazely. His parents also spent some years in Howrah, West Bengal.

Richard is primarily of English heritage, but he had one great-grandmother who was of half Welsh and half Spanish descent. They later lived in a modest home in Maqbara, near a shopping center.

Richard dominated the British popular music scene in the late 1950s and 1960s. Even the late John Lennon claimed that before Cliff and the Shadows, there had been nothing worth listening to in British music. His career spanned more than 50 years and earned Richard many gold and platinum awards.

He never achieved the same level of success in the United States. His single ‘We Don’t Talk Anymore’ reached the Billboard Hot 100s Top 40 in the 80s.

In 1980, he teamed up with Olivia Newton-John in the duet ‘Suddenly’ from the film ‘Xanadu.’ He later confessed that he was in love with her. When asked why he never married, Richard said he had “a few false alarms” has ” been in love, but marriage is a big commitment and being an artist consumes a great deal of time.”

In 1995, Richard was appointed a Knight Bachelor. He has addressed many long-running rumors about his sexuality by once asking a television interviewer: “If I was gay, would it make any difference?”.

How Does Cliff Richard Spend His Money?

Cliff Richard spends some of his money on real estate, charity work, and cars.

Richard has owned many different real estates throughout his career. Recently he purchased a lavish home in Barbados. It’s been on the market for quite some time. It comes with six en-suite bedrooms and an overlooking Caribbean Sea view.

Richard loves cars, and one of his most notable cars includes a  vintage 1963 Chevrolet Corvette.

Here are some of the best highlights of Cliff Richard’s career:

“We need to pray and read the Bible every day, and regardless of whatever else happens to you, that tends to keep you close to Him, because you are constantly in touch through His Word.” – Cliff Richard

“The only advice I would give Christians entering the world of arts: give yourself a period of time, maybe three or four years. If you haven’t made it in your chosen art form, dump it.” – Cliff Richard

“If you can play guitar and sing, you can probably get a gig down the road playing at a restaurant, but don’t throw your life away chasing something that is so elusive it will only lead you to regret and may turn you bitter.” – Cliff Richard

“The thrill of hearing your own voice recorded is still there, I still love it, going into the studio and thinking how can I sing this song and between the producers and the musicians you find a way of doing it.” – Cliff Richard

“There are loads of things you can do to make things easy for your throat. You can drink a bit of lemon and hot water couple of spoons of honey. You can gargle with port, I’ve done it a couple of times myself – but don’t swallow it!” – Cliff Richard

“I don’t mean that if you’re a Christian, walking close to God, you will immediately gain celebrity. you may fail as an artist, because you may not have what the public wants at that time, and you have to be prepared for that.” – Cliff Richard

Now that you know all about Cliff Richard’s net worth and how he achieved success; let’s take a look at some of the lessons we can learn from him:

But Jesus changes your attitude towards yourself and towards other people.

Financial support is one thing, but Richard always thought what becomes really sacrificial is your time.

When you use music to worship, you are not attempting to entertain.

How much is Cliff Richard worth?

Cliff Richard’s net worth is estimated to be $110 Million.

How old is Cliff Richard?

How tall is Cliff Richard?

Richard is best known as the “British Elvis Presley.” He is one of the most famous pop singers. He had sold a whopping 250 million records in his career.

Today, he is seen as a god-like figure of rock and roll. He is one of the very few artists whose career and life are not dotted with any sort of controversies, be it alcoholism, drug abuse, or relationships.

What do you think about Cliff Richard’s net worth? Leave a comment below.