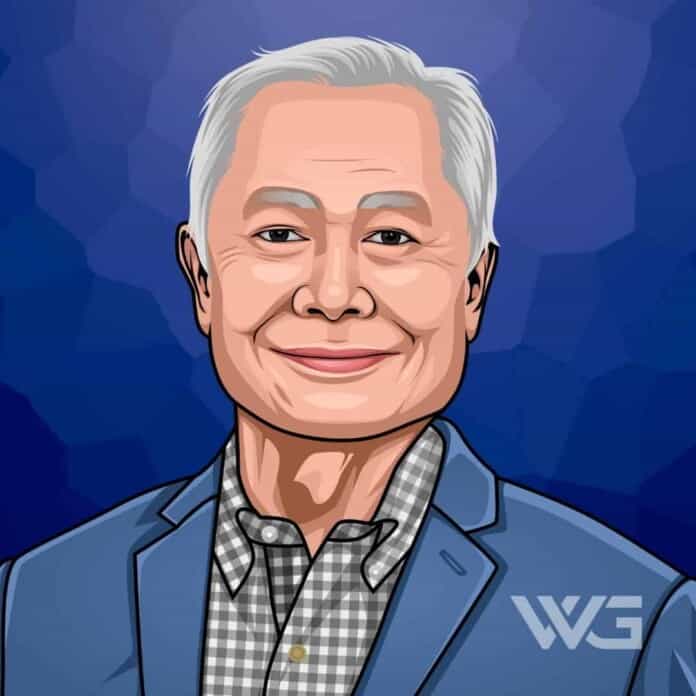 What is George Takei’s net worth?

George Takei is an American actor, author, and activist.

Takei is probably best known for his role as Hikaru Sulu in the television series ‘Star Trek.’ He also portrayed the same character in six other Star Trek films and one episode of ‘Star Trek: Voyager.’

In 2018, his Facebook page had attracted over 10 million followers since he joined in 2011. He is a proponent of LGBT rights, and he has won several awards and accolades in his work on human rights.

George Hosato Takei was born on the 20th of April, 1937, in Los Angeles. Takei is the son of Japanese-American parents Fumiko Emily Nakamura and Takekuma Norman Takei.

In 1942, the family was forced to live in the converted horse stables of Santa Anita Park before they were sent to the Rohwer War Relocation Center for internment in Arkansas.

Takei began his Hollywood career doing voiceover work on the English dubbed versions of the Japanese movies ‘Rodan! The Flying Monster and ‘Godzilla Raids Again’ in the late 1950s.

He made his big-screen debut in ‘Ice Palace’ in 1958. In 1965, he landed the physicist Hikaru Sulu’s role on ‘Star Trek,’ which he reprised numerous times.

In 1973, Takei ran for Los Angeles City Council, coming in second to David Cunningham Jr., and was later appointed to the Southern California Rapid Transit District board of directors.

He has appeared in many stage productions such as ‘Fly Blackbird!’, ‘Aladdin,’ and ‘Equus.’ He performed in Dustin lance Blöack’s ‘8’ in 2012 L.A’s Wilshire Ebell Theatre. In 2013, Takei became a spokesperson for the Human Rights Campaign.

Between the years 2012 to 2016, Takei starred in ‘Allegiance’ at San Diego’s Old Globe Theatre. In 2019, he published a graphic novel, ‘They Called Us Enemy,’ which won an American book award.

How Does George Takei Spend His Money?

George Takei is probably best known for starring in ‘Star Trek.’ He has gained his fortune for his acting career. He lives in a home in Los Angeles.

Takei is the co-founder of a museum.

Here are some of the best highlights of George Takei’s career:

“I myself am a Buddhist, not a Christian. But I cannot help but think that if Christ ran a public establishment, it would be open to all, and He would be the last to refuse service to anyone. It is, simply put, the most un-Christian of notions.” – George Takei

“Good grief. If we can’t laugh at ourselves, and one another, in good spirit and without malice, then what fun can be left? If we must withhold all ribbing in the name of protecting everyone’s feelings, then we truly are a toothless society. We will reach what I call “the lowest common denominator of butthurt.” – George Takei

“The real challenge in acting is in comedy. It’s easier to get that gasp in a drama. Not easy because you still have to find that emotional pitch. And when you do something in drama and hear that sob from the audience, it’s so fulfilling. But as a comic actor, when the laugh is supposed to come, and you punch in that line, and nothing happens, it is dreadful. It’s horrific, and you feel like dying right there.” – George Takei

“Cat’s are unpredictable. It is a fine line between the cure, inquisitive and innocent creature resting on our lap and the hissing, spitting, and deranged banshee it might become at any moment. This is why we’re always trying to win their love.” – George Takei

“Gene Roddenberry continually reminded us that the Star Trek Enterprise was a metaphor for starship Earth. And the strength in this starship came from its diversity, coming together and working in concert as a team. That is the strength of our countries, Canada and the United States. We are nations of diversity.” – George Takei

Now that you know all about George Takei’s net worth and how he achieved success; let’s take a look at some of the lessons we can learn from him:

The arc of our history is toward more equality being expanded to more and more people.

The best way to get people to connect with an issue is to humanize it. You can do so much more powerfully with music and touch the heart.

People want to start their day off with a smile or, better yet, a guffaw.

How much is George Takei worth?

George Takei’s net worth is estimated to be $14 Million.

How old is George Takei?

How tall is George Takei?

George Takei is an American actor and author who started his Hollywood career when Asians were not often cast in American productions.

Takei started doing voiceover work for Japanese films, and before he got his big break, he guest-starred on the shows ‘Perry Mason,’ ‘The Twilight Zone,’ and ‘My Three Sons.’

Today, he is probably best known for his performance on ‘Star Trek,’ which ran from 1966 to 1969. Aside from the series, he appeared in six ‘Star Trek’ movies. Takei has more than 200 acting credits to his name.

What do you think about George Takei’s net worth? Leave a comment below.