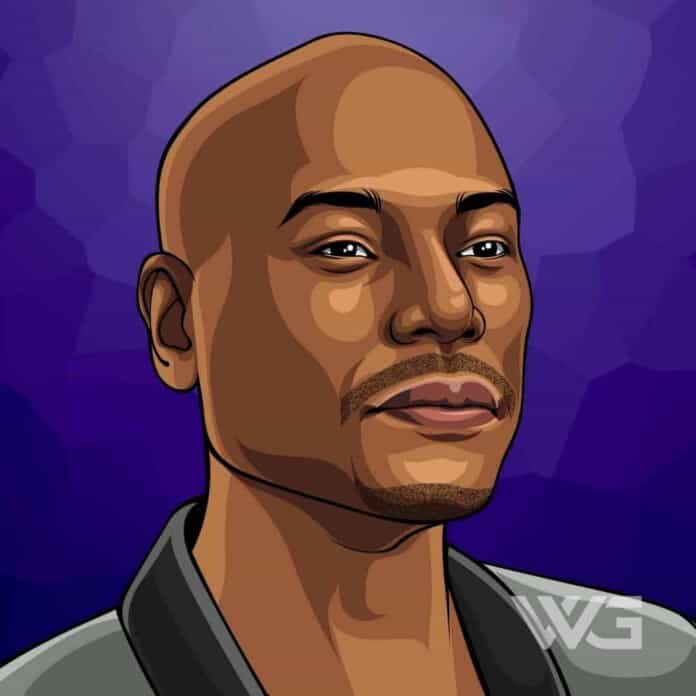 What is Tyrese Gibson’s net worth?

As of February 2023, Tyrese Gibson’s net worth is estimated at $6 Million.

Tyrese Gibson is an American actor and singer who first made his debut in 1996. Since the beginning of his career, he has had several hit songs and has worked with some of the most influential artists out there.

Tyrese Darnell Gibson was born on December 30, 1970 in Los Angeles, California. He was raised primarily by his mother as his father had left the family in 1983. He and his three siblings had a difficult childhood, since the family had little money Tyrese has said that some days he would go to school just so that he could eat.

His high school is said to have provided him with a good musical and acting education which was his foundation and motivation to pursue his career.

After high school he enrolled in Florida A&M University.

Tyrese Gibson debuted as an actor at the age of 14 he was in a Coca-Cola commercial after winning a talent competition. And this was only the beginning of it because after this he received many opportunities to participate in ‘Guess’ and ‘Tommy Hilfiger’ ad campaigns.

In 1998 Tyrese signed his first contract with RCA Records and soon after that he released his very first single titled ‘Nobody Else’ and it reached number 36 on the Billboard charts. However, it was his follow up single called ‘Sweet Lady’ got him his first Grammy Nomination.

It was around this time we’re here continued to advance and courier as well. He appeared on ‘Hangin with Mr. Cooper’, ‘Martin’, ‘Moesha’, ‘The Parent Hood’ and ‘Love Song’.

In 2011 he released an album under his own label, Voltron Records, the album was called ‘Open Invitation’ and it got him a Grammy nomination.

In 2007 he formed a music group with Tank and Ginuwine called ‘TGT’ but it the group didn’t release music until 2013. And their first album was titled ‘Three Kings’.

In 2015 he released ‘Black Rose’ which reached the top of the Billboard charts and got two more Grammy nominations.

“People are in your life for a reason, others are there for a season and it’s important to realize when those seasons are over.”

“You will always grow through – what you go through.”

“The dream is free. The hustle is sold separately.”

View our larger collection of the best Tyrese Gibson quotes!

3 Rules for Success from Tyrese Gibson

Now that you know all about Tyrese Gibson’s net worth, and how he achieved success; let’s take a look at some of the lessons we can learn from him:

1. Every obstacle you go through has a purpose.

Just know that everything in life has a purpose and you always have room to thrive and grow from situations that you are placed in. Don’t let difficult situations stop you from doing what you love.

2. Work hard and good things are sure to follow.

Dreams can come and go but the real part is the hustle. Working hard and taking action to make your dreams come true is the most crucial part. So, work hard and good things are sure to come to you in return.

3. Your actions are a direct reflection of how much you value yourself.

Everything you do in your life is a direct reflection of how much respect and value you have for yourself. Love yourself and treat yourself with kindness and compassion because you deserve it.

How much is Tyrese Gibson worth?

Tyrese Gibson’s net worth is estimated to be $6 Million.

How old is Tyrese Gibson?

How tall is Tyrese Gibson?

Tyrese Gibson is a well-known American musician who has been in the industry for over two decades. Throughout his career, he has had a significant impact on today’s music industry and he has worked with several other big musicians.

As of February 2023, Tyrese Gibson’s net worth is roughly $6 Million.

What do you think about Tyrese Gibson’s net worth? Leave a comment below.

Dejounte Murray is one of the top defensive players in the NBA who became a multi-millionaire thanks to a massive contract with the San Antonio Spurs.