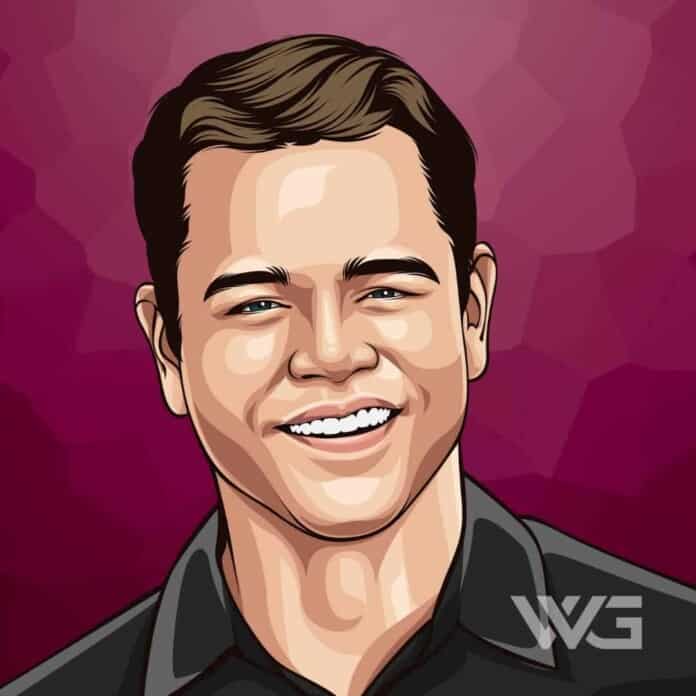 What is Matt Damon’s net worth?

Matthew “Matt” Paige Damon is an American actor, film producer, and screenwriter. Damon is ranked among Forbes magazine’s most bankable stars and is one of the highest-grossing actors of all time.

He has received various accolades including an Academy Award, from five nominations, two Golden Globe Awards, from eight nominations, and has been nominated for three British Academy Film Awards and six Emmy Awards.

Matt Damon was born on the 8th of October, 1979, in Cambridge city of Massachusetts. He has an elder brother named Kyle Damon, and when he was around 2 years old, his parents divorced. Matt and actor Ben Affleck have been childhood mates for a long time back.

Damon did his schooling from institutions such as ‘Cambridge Alternative School’ and ‘Cambridge Rindge and Latin School’. He later dropped out from Harvard University in order to become an actor.

Damon began his acting career in 1988 when he acted in the film ‘Mystic Pizza’. During his time at Harvard University, he acted in films such as ‘Rising Son’ and School Ties’.

Damon later left the university without completing his course. After dropping out from Harvard he starred in the movie ‘Geronimo: An American Legend’ in 1993.

His performances came in 1996 when he worked in the movie ‘Courage Under Fire’ where his role was very appreciated and gave an indication of his potential to the industry.

The following year, he met up with his friend Ben Affleck, and they together wrote the screenplay for the film ‘Good Will Hunting’. The film is today considered to be one of the greatest movies in history.

The first major success of the year 2001 was the film ‘Ocean’s Eleven’ which earned fame for Damon. He later starred in the sequels of this film which are Ocean’s Twelve’ and ‘Ocean’s Thirteen’. He also played the protagonist Jason Bourne in the movie ‘The Bourne Identity’ in 2002.

Damon also appeared in some television series such as ‘Saturday Night Live’, ‘Will & Grace’, ‘Arthur’, ‘Entourage’, ‘House of Lies’, and ‘Years of Living Dangerously’.

Here are some of the best highlights of Matt Damon’s career:

“I grew up in and the teachers. I think I was very lucky. I think I had a lot of social capital, and so when I found myself in this position of influence, I just – then I started to engage a bit with some of the problems in the world and realize that I could actually have an impact.” – Matt Damon

“Bond is part of the system. He’s an imperialist and a misogynist, and he laughs at killing people, and he sits there slugging martinis. It’ll never be the same thing as this because Bourne is a guy who is against the establishment, who is paranoid and on the run. I just think fundamentally they’re just very different things.” – Matt Damon

“There are people who appear in the magazines and I don’t know who they are. I’ve never seen anything they’ve done and their careers are over already. They’re famous for maybe 10 minutes. Real careers, I think, take a long time to unfold.” – Matt Damon

“I love shooting when the character is interesting and the script is interesting, but the research beforehand is really fun. The whole process makes me anxious and restless, and I have trouble sleeping, just trying to figure out the character.” – Matt Damon

3 Lessons We Can Learn From Matt Damon’s Movies

Now that you know all about Matt Damon’s net worth, and how he achieved success; let’s take a look at some of the lessons we best can learn from his movies:

Don’t ever underestimate the power of a botanist. She or he might not be able to create fancy bombs to kill the enemy, but s/he can grow food to live for a few extra days on the lonely planet.

Always pay attention to your chemistry class, because you never know which experiment would come in handy on Mars. As Watney says in the film:

“There isn’t a lot of water here on Mars. If I want water, I’ll have to make it from scratch. Fortunately, I know the recipe: Take hydrogen. Add oxygen. Burn. And don’t kill yourself in the process.”

Never in your wildest dream would you associate disco music with Mars. But The Martian does, and it turns out to be the funkiest companion you’ll ever have.

How much is Matt Damon worth?

Matt Damon’s net worth is estimated to be $170 Million.

How old is Matt Damon?

How tall is Matt Damon?

Matt Damon is a renowned actor of the American film industry who rose to success slowly and cemented his position in the international cinematic scenario.

Damon is one of the best actors in Hollywood who has collaborated with stars such as Ben Affleck, Ryan Reynolds, and Anne Hathaway.

As of February 2023, Matt Damon’s net worth is estimated to be roughly $170 Million.

What do you think about Matt Damon’s net worth? Leave a comment below.

What is Richard Branson's net worth? Introduction As of ,...