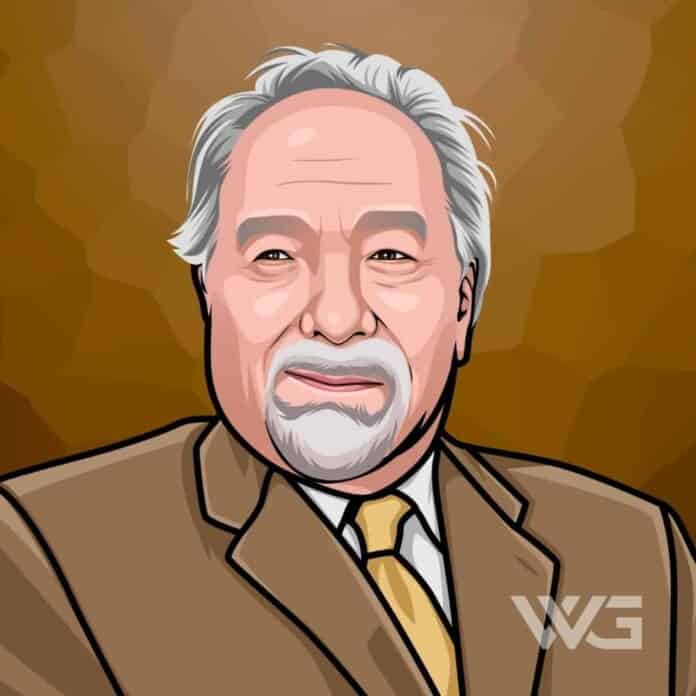 What is Michael Savage’s net worth?

Michael Savage is an American political commentator and author.

Savage was the host of ‘The Savage Nation,’ which is a nationally syndicated talk show that aired on Talk Radio Network across the U.S. This was the second most listened to radio talk show in the U.S in 2009, with over 20 million listeners on 400 stations across the United States.

As of November 2022, Michael Savage’s net worth is estimated to be roughly $80 Million.

Michael Alan Weiner was born on the 31st of March, 1942, in the Bronx, New York. Weiner childhood was difficult, and his father would often belittle and criticize him. His father was the owner of an antique shop.

After he graduated from Jamaica High School, he attended Queens College. He earned a bachelor’s degree in biology in 1963. After college, Savage taught high school for several years in New York.

In 1994, he recorded his demo tape with a mock radio talk host about his work contents. He mailed the tape to 250 different radio stations across the country. The same year, he began his radio career on San Francisco’s KGO as a fill-in host for liberal Ray Taliaferro’s overnight show.

The following year, he debuted as host of the afternoon drive time show ‘The Savage Nation’. It was played on 400 stations across the U.S, making it the second most-listened-to radio talk show in the nation.

In 2009, it was announced that Savage was dropping his program and was going to be replaced with John and Ken from sister station KFI-AM in Los Angeles.

In 2016, Savage was credited with helping Donald Trump to become the President of the United States. He is known for being nicknamed “The Godfather of Trumpmania.”

At the peak of “Savage Nation” it had an audience of nearly 10 million per day and was broadcast on 400 radio stations in the United States.

Throughout his career, Savage has written 40 books, including two New York Times bestsellers. In 2017, he released ‘Trump’s War: His Battle For America.’

As of November 2022, Michael Savage’s net worth is estimated to be roughly $80 Million.

How Does Michael Savage Spend His Money?

Michael Savage likes to spend his money on real estate and lavish cars.

Savage owns several mansions around the country. He owns at least three properties in the Bay Area. He also owns two properties in Marin County and a condo in San Francisco.

Savage has admitted that he is a “car guy”. One of his most notable purchases includes a 1961 Jaguar XK150 DHC.

Here are some of the best highlights of Michael Savage’s career:

“Every once in a while, a voice appears that cuts through it all. As Hemmingway said, ‘the truth has a certain ring to it.’ When you hear the voice of Billy Vaughn you will hear the voice of an American manthe type of American who produces a Navy SEAL.” – Michael Savage

“In the early 1700s, two physicians…learned about pinkroot’s efficacy from the Indians. The word soon spread to the general public, who praised this worm treatment, particularly against roundworms, for the next 200 years. Pinkroot fell into disuse in the early 1900s.” – Michael Savage

“I’ll tell you what autism is. In 99 percent of the cases, it’s a brat who hasn’t been told to cut the act out. That’s what autism is. What do you mean they scream and they’re silent? They don’t have a father around to tell them, ‘Don’t act like a moron. You’ll get nowhere in life. Stop acting like a putz. Straighten up. Act like a man. Don’t sit there crying and screaming, idiot.’” – Michael Savage

“Smallpox in a blanket, which the U.S. Army gave to the Cherokee Indians on their long march to the West, was nothing compared to what I’d like to see done to these people” – Michael Savage

“In fact, Christianity has been one of the great salivations on planet Earth. It’s what’s necessary for the Middle East. Others have written about it, I think these people need to be forcibly converted to Christianity, but I’ll get here a little later. I’ll move up to that. It’s the only thing that can probably turn them into human beings.” – Michael Savage

Now that you know all about Michael Savage’s net worth and how he achieved success; let’s take a look at some of the lessons we can learn from him:

Wisdom doesn’t go out of style, even if it’s in increasingly short supply.

There’s nothing worse than poisoning our children’s minds.

How much is Michael Savage worth?

Michael Savage’s net worth is estimated to be $80 Million.

How old is Michael Savage?

How tall is Michael Savage?

He is also known for the related series of books he released promoting “conservative nationalism”. Savage is a multimedia icon in the conservative movement.

He is the author of more than two dozen books. His media presence has earned him the coveted Freedom of Speach Award in 2007. He holds a master’s degree in medical botany. He earned his Ph.D. from the University of California at Berkeley.

As of November 2022, Michale Savage’s net worth is estimated to be roughly $80 Million.

What do you think about Michael Savage’s net worth? Leave a comment below.