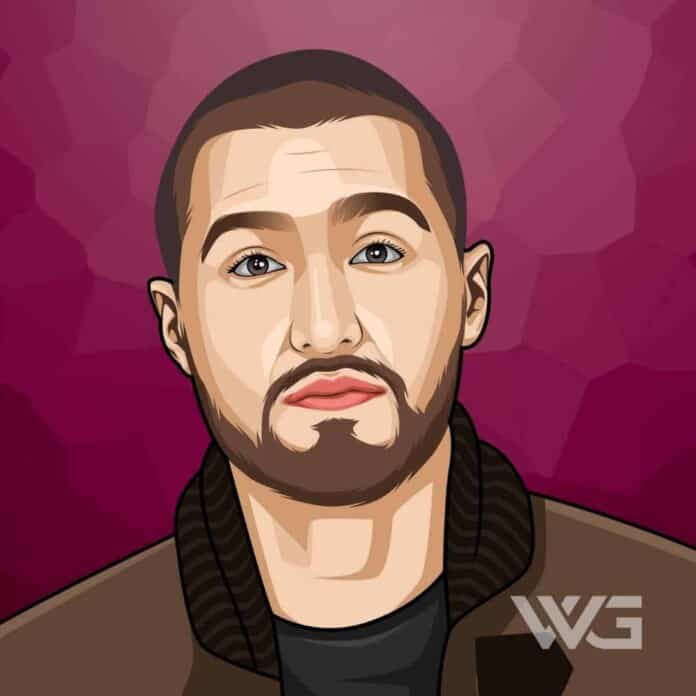 What is Mike Posner’s net worth?

Mike Posner is an American singer-songwriter, poet, and record producer from Michigan.

Michael Robert Henrion Posner was born on the 12th of February, 1988, in Detroit, Michigan. He was raised in Southfield, Michigan, a northern suburb of Detroit. He has a sister who is six years older.

Posner started his music career as a record producer. He came into the limelight after he released his mixtapes titled ‘A Matter of Time’ and ‘One Foot Out the Door’ in 2009.

The following year, he released his debut album titled ‘31 Minutes to Takeoff’ that included the singles ‘Cooler Than Me’, ‘Bow Chicka Wow Wow’ and ‘Please Don’t Go’.

After the release of the album, Posner started working on his second album, initially named ‘Sky High,’ and released the track ‘Looks Like Sex’ in December 2011. This was followed by his third mixtape titled ‘The Layover’.

In March 2017, he collaborated with the American singer black bear and formed a hip-hop and R&B duo under the name Mansionz.

Posner has co-written the songs ‘Boyfriend’ for Justin Bieber, ‘Sugar’ for Maroon 5 and ‘Beneath Your Beautiful’ for Labrinth, and much more for other singers.

Here are some of the best highlights of Mike Posner’s career:

“Most people go to college to get a job, and here I am sitting in class with a job, making exponentially more than whoever’s teaching me, you know what I’m saying? At the end of the day, I wanted to finish what I started and make my mom proud. A lot of people put a lot of hard work and investment to allow me to go to school, and for me not to finish would have been like a slap in the face to my family and those people.” – Mike Posner

“Tons of people inspire my music, and now when I do a ­interview, I’m scared to say who they are. I’m scared to give gratitude to the people that, if I hadn’t heard their stuff, I wouldn’t be able to make music.” – Mike Posner

“A lot of people considered my career as an artist largely over. Two albums got shelved. But I’ve made music since I was a little kid, and for the majority of that time, I wasn’t paid for it. So I will always be making it.” – Mike Posner

“A really large percentage of kids from Duke go to work on Wall Street, and they make a lot of money, but they’re almost slaves to their jobs, working crazy hours. Their job totally dominates their lives, and most of them aren’t happy. So many of my friends are going down that path. I even thought about it for a second, like “Should I be doing that?” But I just pursued my dreams instead, and I always tell people to do that. Now I make more money than they do, and I’m doing what I love.” – Mike Posner

“I was really lucky to grow up in an extremely diverse neighborhood. I grew up in a city called Southfield, and it’s one of the most diverse cities in the country. Just from the different socio-economic statuses and racial and ethnic groups, I was around, I was around all different types of music from the beginning.” – Mike Posner

Now that you know all about Mike Posner’s net worth, and how he achieved success; let’s take a look at some of the strongest lessons we can learn from him:

1. Do Your Most Important Task First Thing In The Morning

Your energy will be higher at this moment. It’s why I workout first thing in the morning most days.

This is an awesome way to relax your mind and body.

3. Realize That Most People Don’t Care About You

Sorry, people’s lives don’t revolve around your universe. Well, the exception might be if you’re a celebrity. But in all seriousness, stop worrying about what other people think of you. Instead, focus on being the best possible version of yourself.

How much is Mike Posner worth?

Mike Posner’s net worth is estimated to be $10 Million.

How old is Mike Posner?

How tall is Mike Posner?

Mike Posner is an American singer-songwriter, record producer, and poet. The American singer has released numerous songs as a featured artist as well.

Talking about his awards and accolades, the American artiste has earned numerous nominations for prestigious awards like MTV Video Music Awards and Grammy Awards.

What do you think about Mike Posner’s net worth? Leave a comment below.

Brooks Koepka has become one of the wealthiest professional golfers in the world, winning numerous championships with his exceptional skills on the green.